Responders arrived to find an SUV that had struck a tree and then rolled over landing on its side.

Firefighters and Paramedics observed the driver was still in their wrecked vehicle and had head injuries from the crash. Crews worked for more than 30 minutes to free the driver, who was then transported with injuries that were fortunately not life-threatening. 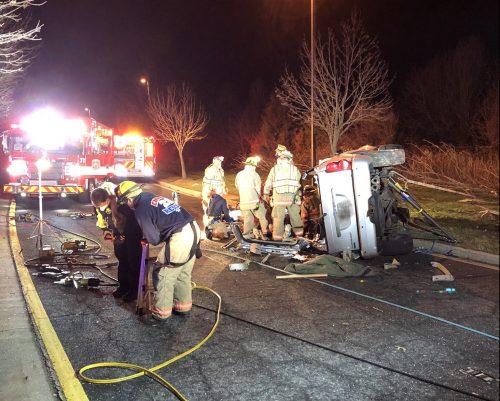 Maryland’s ‘Move Over’ Law Will Expand Again in...