Anna Mae is retiring after working for 51 years at Clarksburg’s Liberty Gas Station/Whipp’s Garage. An appreciative community wants to celebrate her service by hosting a drive-by farewell parade and an online fundraiser.

The farewell parade will start at Clarksburg High School at 10AM on Monday January 25th, Anna Mae’s last day. Organizers say the parade will “circle down Clarksburg Road a couple times and make some noise passing the Liberty. Then we will go to the store with some balloons and cake.”

In addition to the fundraiser and parade, anyone interested in saying goodbye and expressing gratitude is encouraged to visit the Clarksburg Liberty, where cards and any small gifts for Anna Mae can also be dropped off this week, or after the parade on the 25th. 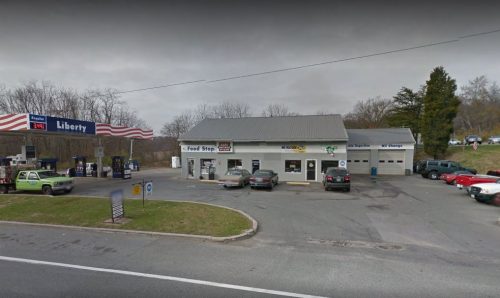 What Was There Before The Maryland Soccerplex?

I have known Anna Mae for six decades, at Damascus Camp Meeting and at Whipps Garage. Always upbeat and honorable. She knows my favorite is Pay Day candy bars.

My family has known Anna Mae for years. We always loved visiting her at Whipps.She will be missed. It will not be the same without her.

Congratulations Miss Anna Mae ! You’ve been an inspiration to us all ! God Bless You !

Truly a treasure for everyone in Clarksburg! Enjoy your retirement Anna Mae, you sure as hell earned it.