Final Update Before the Storm

Final Update Before the Storm

A Winter Storm Warning is in effect from 3am Thursday morning until 6am Friday morning.

Snow will move into the area around 3am, give or take an hour. Unless you’re up extremely early, you will likely wake up to snow-covered roads.

The National Weather Service’s latest map has Gaithersburg and all points south in the 4-6” range with areas like Germantown, Poolesville, Clarksburg, and Damascus in the 6-8” range. 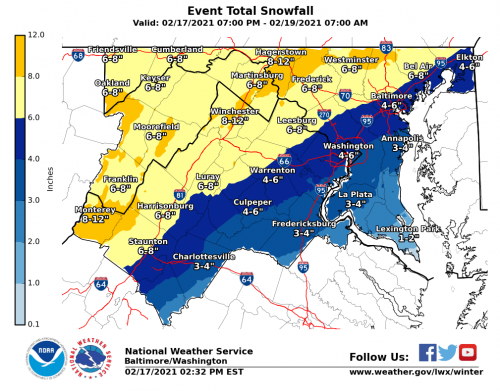 Below you’ll see the most recent maps from some of the local networks. 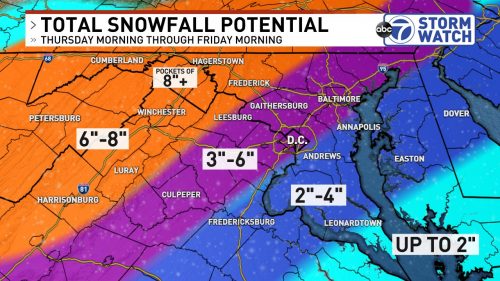 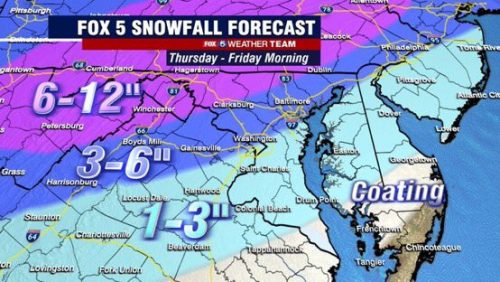 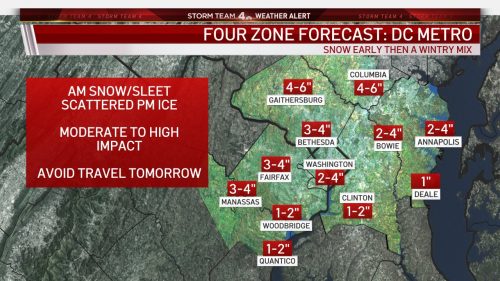 We couldn’t find an updated version of WUSA9’s map.

The mixing issue is what’s going to affect snow totals. If we mix with sleet early, it’s going to be a couple inches of an icy mess. If the mix doesn’t happen until later in the afternoon (or doesn’t happen at all) we will likely see the higher end of the ranges.

We recommend avoiding any travel tomorrow if possible.

MCPS announced earlier this evening that virtual learning would continue as scheduled even though school buildings are closed and central office functions will continue through remote or virtual work.

This seems to go against the matrix they put out a couple weeks back, stating that virtual instruction would be cancelled if schools and offices are closed. Unless offices being closed means something entirely different… 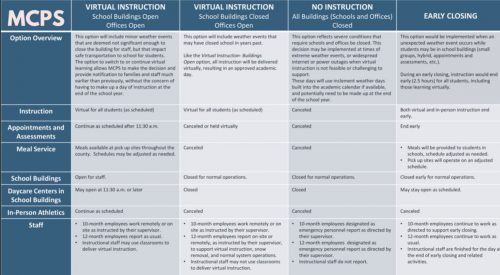