A collision on the outer loop of the beltway has blocked all lanes near Georgia Avenue this morning after a fire engine that was on the scene assisting with a previous accident was struck by a passing motorist, according to MCFRS PIO Pete Piringer.

The driver of the vehicle that struck the fire engine was initially trapped in their car before MCFRS extricated the driver. No word on the condition of the driver.

Beltway traffic is being redirected to nearby Colesville Road.

The second crash occurred just before 8:30am this morning and all lanes remain blocked as of 8:46am. Montgomery County Emergency Management wants to “expect significant delays” and to “seek alternate route.” 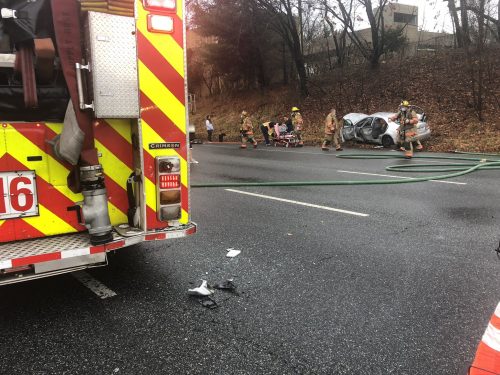 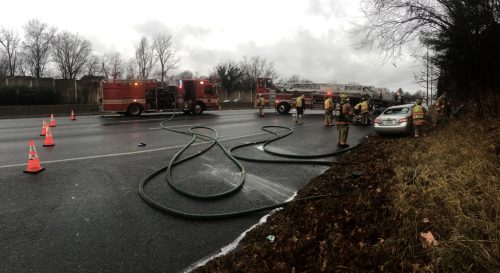 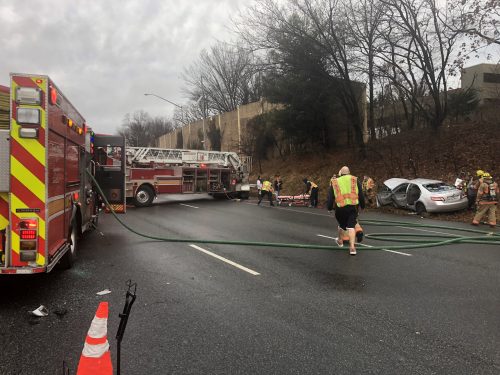 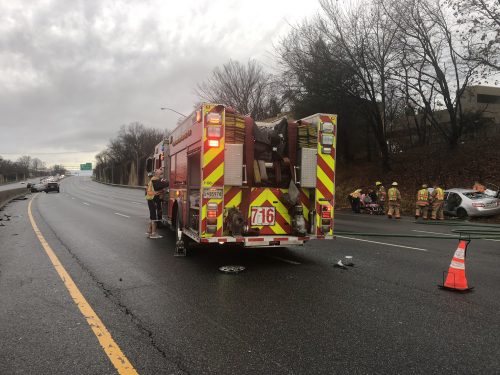