Montgomery County Firefighters were battling a significant house fire in the 9600 block of Lorain Avenue this morning when compromised sections of the floor collapsed under them and two firefighters fell from the first floor into the basement.

Neither were seriously injured; one reported no injuries while the other Firefighter had minor injuries.

Firefighters from Montgomery and Prince George’s Counties were dispatched shortly after 6AM Tuesday, though Montgomery County Fire and Rescue Chief Spokesperson Pete Piringer reported the fire had likely burned undetected for several hours prior to being reported.

Piringer also reported that the home was under renovation and a blown fuse likely contributed to the fire. No civilians were injured in the fire; damage was estimated around $600,000. 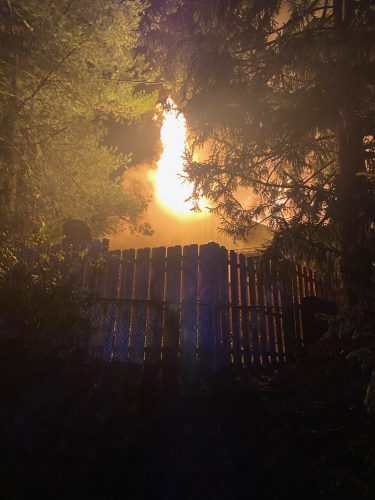 Washington Game Pushed to 4pm, Could Become “Win and In”

Pedestrian Struck and Killed on University Blvd West in Wheaton