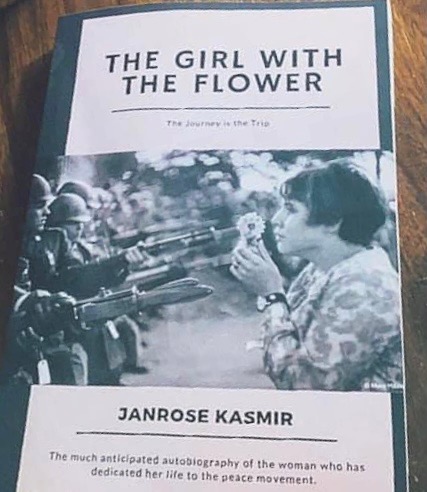 French photojournalist Marc Riboud was renowned for his work on capturing the Vietnam War. Riboud’s photograph The Ultimate Confrontation: The Flower and the Bayonet, caught international attention and remains an iconic, impactful depiction of the Vietnam War protests.

Did you know that the young girl in the photo went to Northwood High School and Montgomery College?

Jan Rose Kasmir grew up in suburban Maryland. At 17, she attended the anti-Vietnam protest at the Pentagon. That was where Riboud snapped Kasmir holding a chrysanthemum in front of young soldiers wielding bayonets.

When Kasmir interviewed with The Guardian, she mentioned that she didn’t know someone had taken her picture. She recalled, “I stayed at the protest until it got dark, and then took the bus home. To me, it was not a particularly eventful day.”

Later, Kasmir would continue fighting for the anti-war movement. When she studied at Montgomery College, she led a significant student strike on campus.