Some may have noticed a familiar face on television when Luka Van Herksen appeared on Law and Order: SVU last night. Luka was born in Mozambique and lived across the world before moving to Montgomery County- first to Bethesda and later Clarksburg.

Last night he had a role in TV’s longest running primetime drama, Law & Order: SVU, where he played a young teen who was questioned for his involvement in a spree of hate crimes that occurred in the city. The episode was introducing one the NYPD’s new unit, Hate Crimes, which is also the newest spinoff of the Law & Order series. Luka said he enjoyed his time on set and thought highly of his co-star, Ice-T, who would talk to Luka during breaks and give him tips.

Below you’ll see a couple screen captures of Luka’s appearance on the show, courtesy of MCPS teacher Grace Lovelace Guishard. 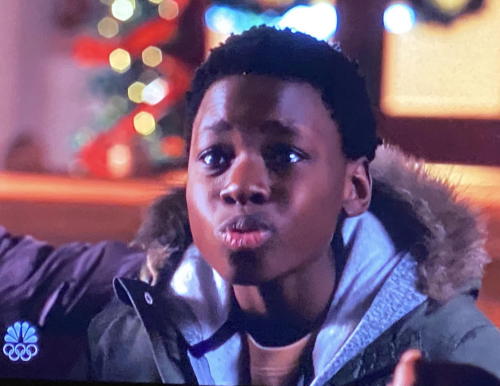 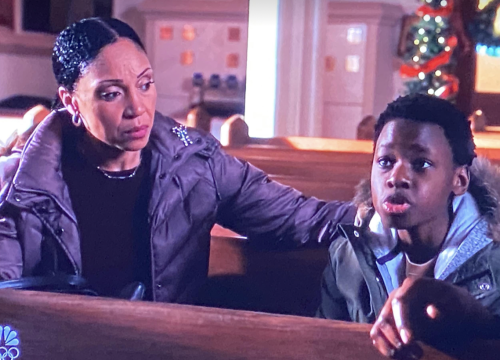 We spoke with Luka’s mom, Melissa Vigues Van Herksen, who is an MCPS substitute and told us more about Luka’s MoCo history. The Van Herksens bought a house in Clarksburg after they resigned as diplomats, and Luka spent 5th grade in the area and all of middle school at Rocky Hill Middle School. Luka credits his middle school choir teacher at Rocky Hill, Mr. Paul Heinemann, for being extremely  supportive and helping him grow.

While in Montgomery County, Luka got involved with Young Artists of America, a group that operates out of Strathmore in North Bethesda. Luka says he got his passion and inspiration from YAA, which trains young performing artists in collaboration with leading, professional artists to present fully-orchestrated productions at state-of-the-art venues including their home stage at the Music Center at Strathmore.

Last year, Luka was the only child Toby’s Dinner Theater’s production of Elf the Musical in neighboring Howard County. Luka and his family recently moved to Frederick County, where he is enrolled at Linganore High School.

Luka has gone to New York a few times to film PSAs and commercials for grocery store chain, ShopRite. He is hoping for more episodic work like his role in SVU in the future. We wish him the best of luck! 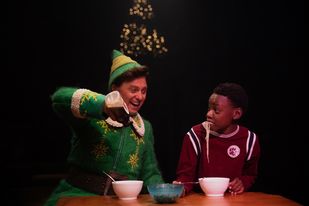 Butler’s Orchard to Close for the Season Starting...

Germantown Then & Now: What was There Before...