The “Once Upon A Prom” club will be holding a prom dress giveaway on Friday, April 1 at Bethesda Chevy Chase Highschool (4301 East-West Hwy) from 12-6pm.

This year the group has over 2,000 dresses they are looking to donate to underprivileged and under-resourced girls in the area.

The dresses, which are mostly donated by local members of the community, are kept in a warehouse/storage site donated by Chevy Chase Land.
The group also provides gift certificates for manicures, pedicures, updos, and dry cleaning. 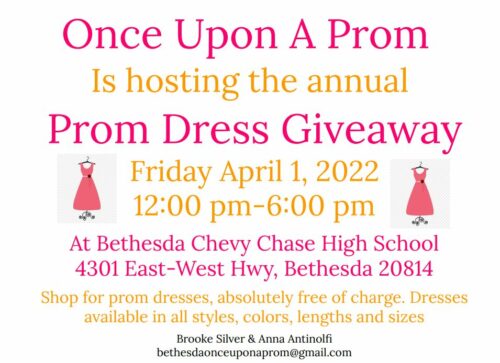