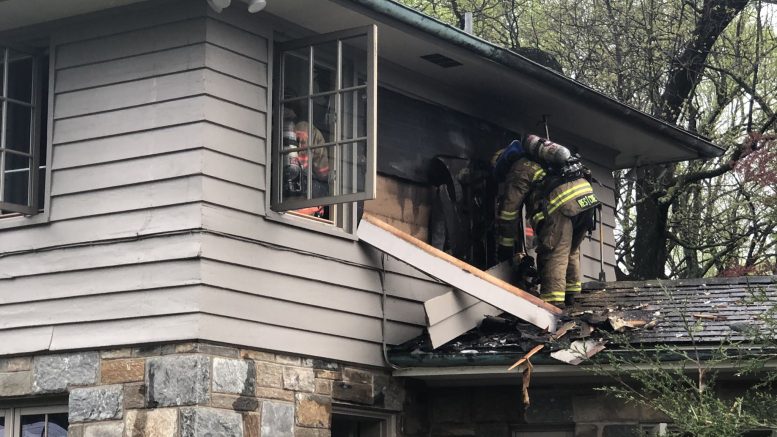 Around 5:30PM Friday, Montgomery County Career and Volunteer firefighters responded to a reported house fire on Rapley Preserve Circle, near the Avenel Swim and Tennis Facility and Avenel Local Park.

Firefighters arrived and found 2 houses that were both on fire. Firefighters requested additional resources and extinguished both fires, bringing around 100 firefighters to the double scene. Investigators believe both fires were sparked by lightning; lightning strike damage was also visible on nearby trees.

The two fires were estimated to have caused a combined ~$800,000 worth of damage. No civilians were injured however one firefighter was transported to the hospital for observation, according to Pete Piringer, Chief Spokesperson for Montgomery County Fire & Rescue.