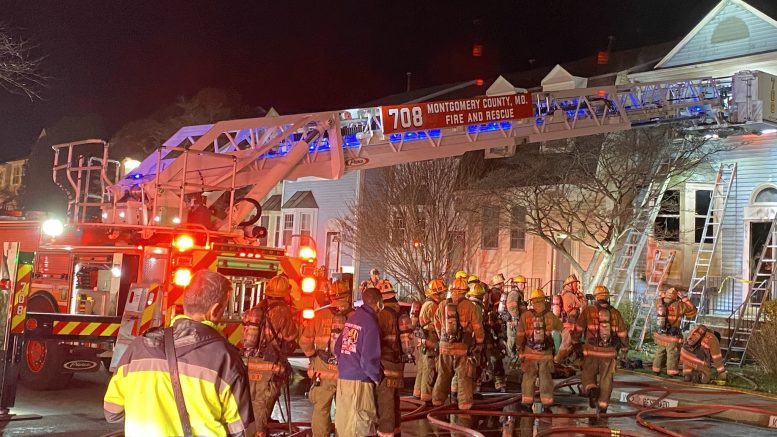 An adult male rescued from a December 2nd house fire has died, according to MCFRS PIO Pete Piringer.

Shortly after 11PM, fire crews responded to the 800 block of Bayridge Drive in the Fernshire Farms development in Gaithersburg for a house fire.

Firefighters rescued the man from the basement shortly before a portion of the first floor collapsed into the basement. He was transported to the hospital with significant burns and succumbed to his injuries on December 31st.

Two other individuals inside the burning home escaped unharmed. The cause of the fire was preliminarily believed to have been an improperly placed space heater which ignited combustible materials nearby.