The Garrett Park commuter train station on Rokebay Ave in Garrett Park was vandalized Sunday night/Monday morning with “white power” and other racist slogans and images spray painted throughout the building. According to a representative from the Town of Garrett Park, Montgomery County Police, as well as CSX, which owns the station, have been notified.

The Garrett Park station is served by limited trains on the MARC Brunswick Line, some of which stop at the station and some of which are flag stops, according to MARC.

Last week, antisemitic flyers with white supremacist slogans were posted on a bus stop in the heart of the Kemp Mill Orthodox Jewish Community at the corner of Arcola Avenue and Lamberton Streets in Kemp Mill. We will post an update when more information becomes available.
Photos of Garrett Station below: 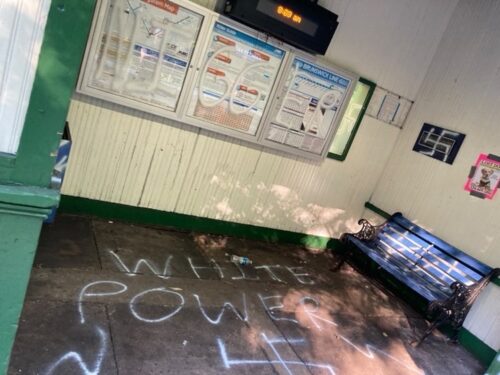 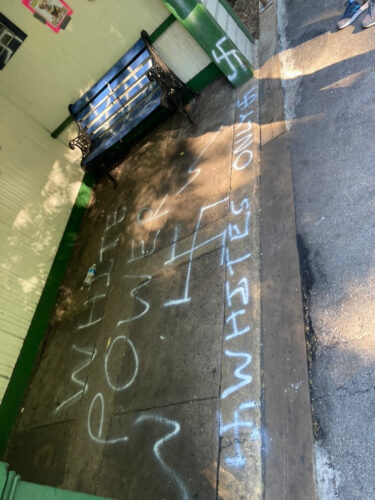 ‘Monuments: Creative Forces’ is a Hit at Strathmore

Tree Down on Railroad Tracks at Garrett Park...