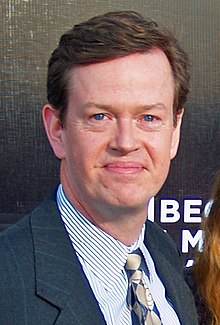 Dylan Baker is one of those actors whose face you just know.⁣
⁣
You may know him from Planes, Trains, and Automobiles, Spiderman 2 and 3, or many other movies and television shows.⁣
⁣
He recently starred in the Amazon Prime series, Hunters, which was also partially set in Chevy Chase. He is currently one of the stars of the brand new Netflix series, Social Distance. The series was shot in isolation and features both dark and funny takes on how people strive to stay connected while staying apart.
⁣
Baker graduated from Georgetown Prep, which is located in MoCo, back in 1976.
SHARE TWEET PIN

Be the first to comment on "Georgetown Prep Graduate, Dylan Baker, Stars in New Netflix Series"