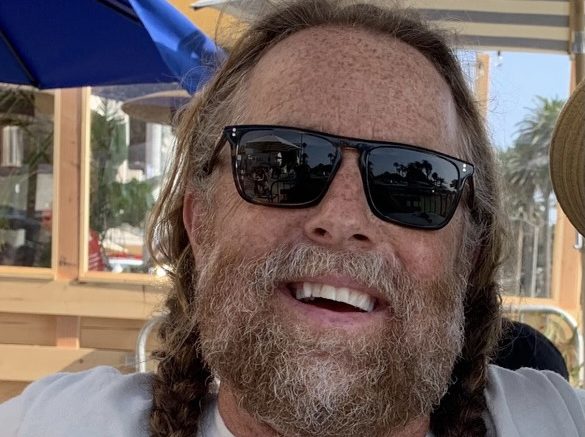 Gilhool was living in California where he is the tour manager for Dawes.

Dawes frontman Taylor Goldsmith and his wife, actress/singer Mandy Moore, are mourning the loss of their close friend.

Moore posted photos of Gilhool along with a heartbreaking tribute to their dear friend.

Many MoCo residents and longtime friends of Gilhool reached out to let us know of his MoCo ties and huge heart.

We are told he leaves behind a girlfriend and young son. Our condolences go out to his family.

“Witnesses said the water was crowded at the time of the accident and that the waves were big, but the break zone was shallow.
They reported seeing Gilhool riding a wave, but his board hit another surfer who was hidden beneath in the water, throwing him off.
Another rider who was nearby told police the wipeout didn’t seem particularly bad, the Ventura County Star reported; however Gilhool had severely impacted his head, knocking him unconscious. Fellow surfers paddled him to the shore on his board, where they attempted to render first aid.
As first responders summoned an air ambulance, Gilhool went into cardiac arrest. The helicopter arrived and hovered above the beach, but never set down. Instead, the patient was rushed by ambulance to Community Memorial Hospital, but was later pronounced dead. The official cause of death has yet to be revealed.”

Halloween Safety Tips from the Montgomery County Department of Transportation

MCPS to Host Annual PRIDE Town Hall on May 26

Be the first to comment on "Gerald “Gerry” Gilhool Jr. Dies in Surfing Accident"