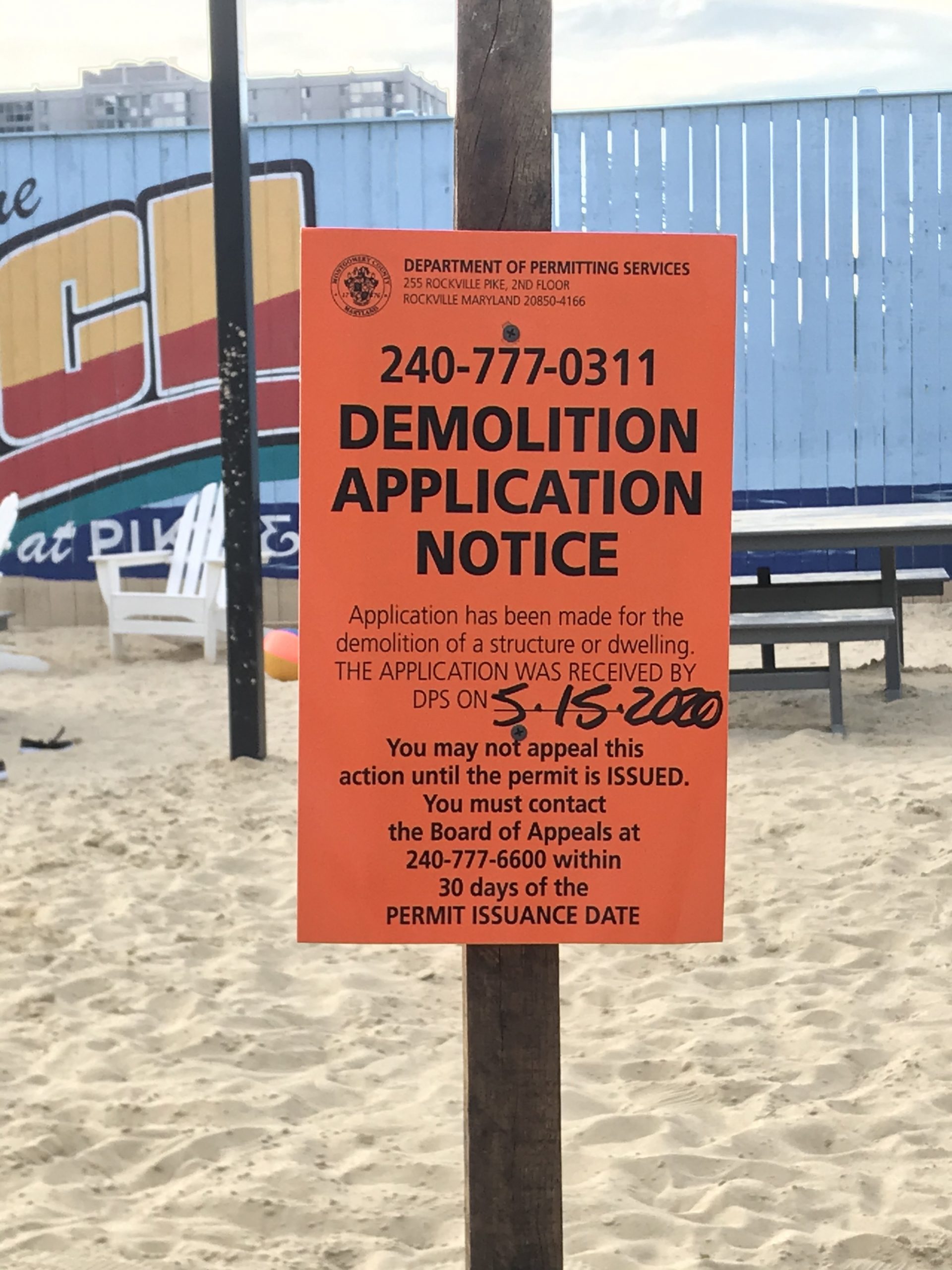 The Beach at Pike & Rose has a new addition– a sign stating that there are plans for it to be demolished. This may come as a surprise to many, but the intention was for The Beach to be temporary.  It was constructed right before Summer of 2018 and was only supposed to last until Labor Day of that year.  Due to popular demand, the beach was kept open much longer.

We are told that even though The Beach is disappearing, something equally fun and entertaining will replace it. We don’t have any official word on its replacement just yet.

Mrs. K’s Toll House Available for Lease for the First Time in 90 Years

3 Comments on "Goodbye to The Beach"