Governor Hogan Renews State of Emergency for Maryland After 12 Days

Governor Hogan Renews State of Emergency for Maryland After 12 Days

Today Governor Hogan’s Spokesperson Shareese Churchill clarified the situation by saying, “The July 12 order supports the administrative grace period that runs through August 15, for things like renewing expired driver’s licenses. We are no longer in a state of emergency“, according to a report by FOX45.

The original state of emergency order was initially issued on March 5, 2020. 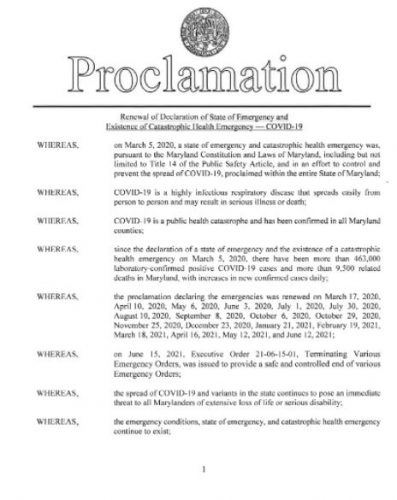 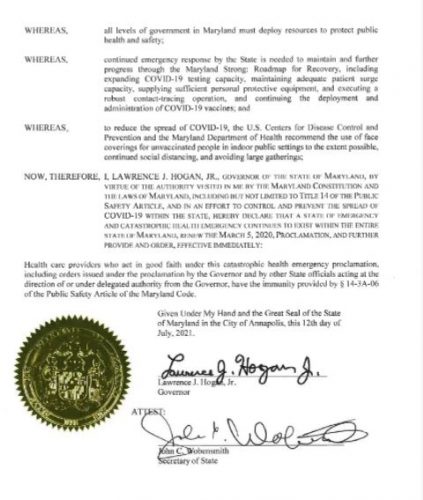 Warby Parker is Coming to Crown in Gaithersburg