Hangry Joe’s Signage Up in Travilah Square; Progress Made Inside

Back in December 2021, we let you know that Hangry Joe’s would be coming to the 1,600 sf location that was previously home to El Mexicano at 10050 Darnestown Road, between Pholuscious and Tropical Smoothie Cafe in the Travilah Square Shopping Center. Since then, a Wheaton location was announced and has already opened. Construction began at the Travilah location this past spring and signage was recently erected at the upcoming Nashville-style fried chicken restaurant. Construction inside is also progressing (photos below), and we wouldn’t be surprised to see an opening later this summer.

About Hangry Joe’s: In collaboration with partner, Mike Kim, the pair visited many successful Nashville-style chicken restaurants in LA, Nashville, and San Francisco, that inspired them develop their “secret chicken recipe to have the most juicy and crispy sandwich.”

Not a fan of too much spice? You’re able to choose the spice level of the fried chicken (Plain<Mild<Medium<Hot<Angry Hot). In addition to the hot chicken sandwiches, known as “Chicken Sando”, the small menu consists of chicken fingers, chicken & waffles, Korean Chicken Nuggets, loaded fries, and salad with chicken breast. Sides include cider slaw, waffle fries, and fried okra. 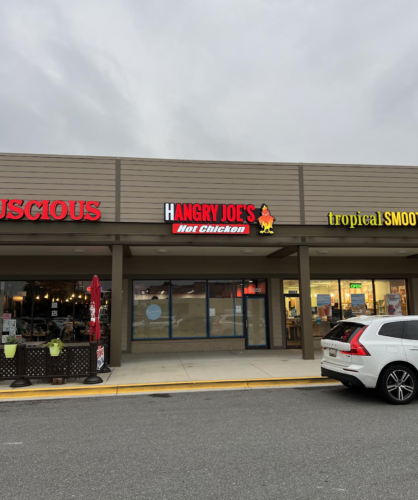 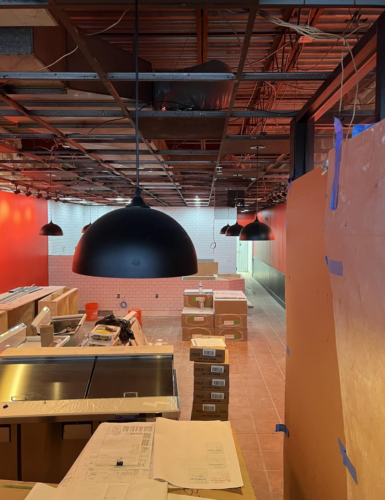