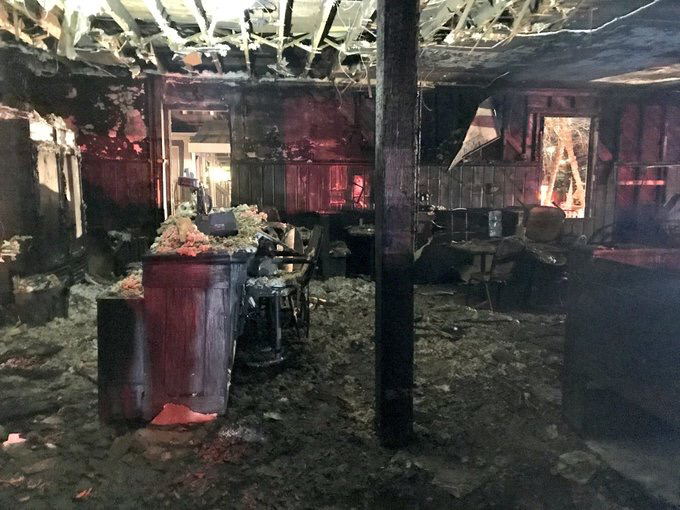 Hank Dietle’s after the fire was put out, courtesy of MCFRS
A fire ravaged Hank Dietle’s (11010 Rockville Pike) early this morning. According to Montgomery County Fire & Rescue, the accidental fire started on the front porch by discarded smoking materials. There was $500k worth of damage.
​
Hank Dietle’s Tavern in Rockville was built in 1916 and first served as a general store until named “Offutt’s” until Hank Dietle took over in the 50s.

The sign outside reads “Hank Dietle’s Cold Beer” and there’s plenty of it inside. You’ll also find a pool table, arcade games, and vintage bar furniture, but you won’t find any food aside from chips and peanuts.

Down the street from Pike & Rose, and close to where White Flint Mall came and went, Dietle’s hasn’t fit in for many decades, but has managed to outlast almost everything around it.

Dietle’s is also officially the oldest bar in Montgomery County.

The photos below are courtesy of Montgomery County Fire & Rescue. 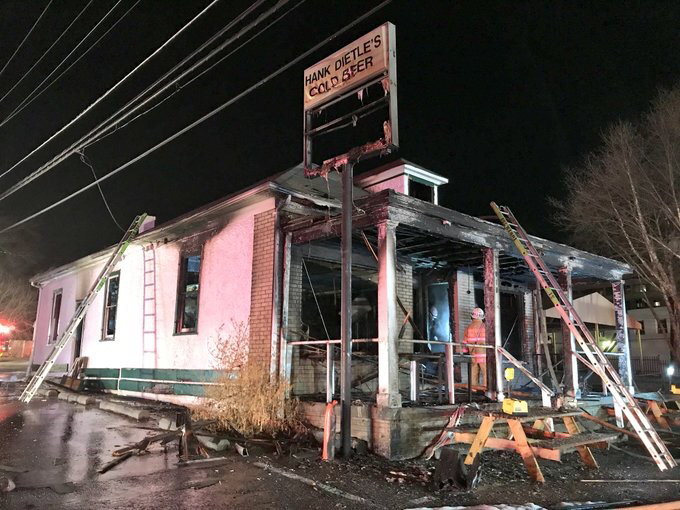 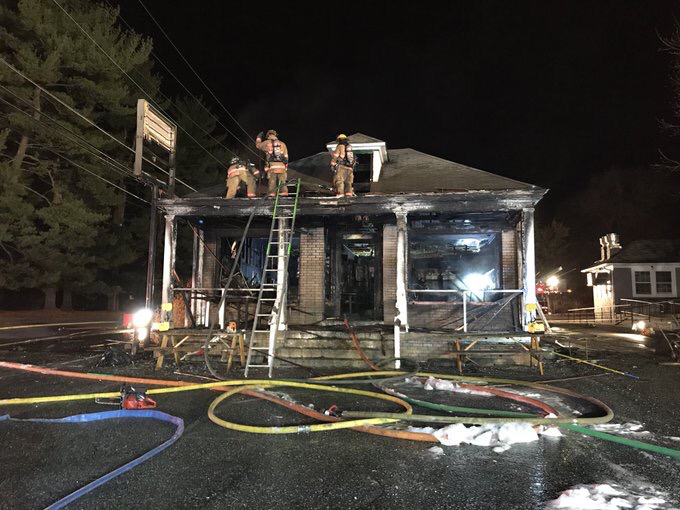 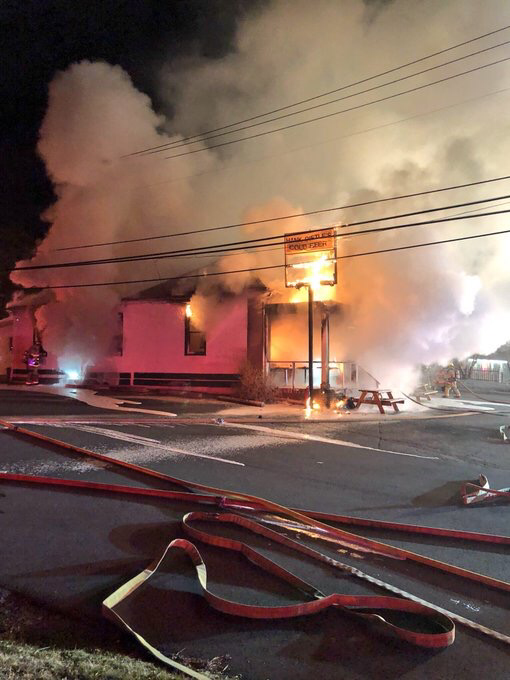