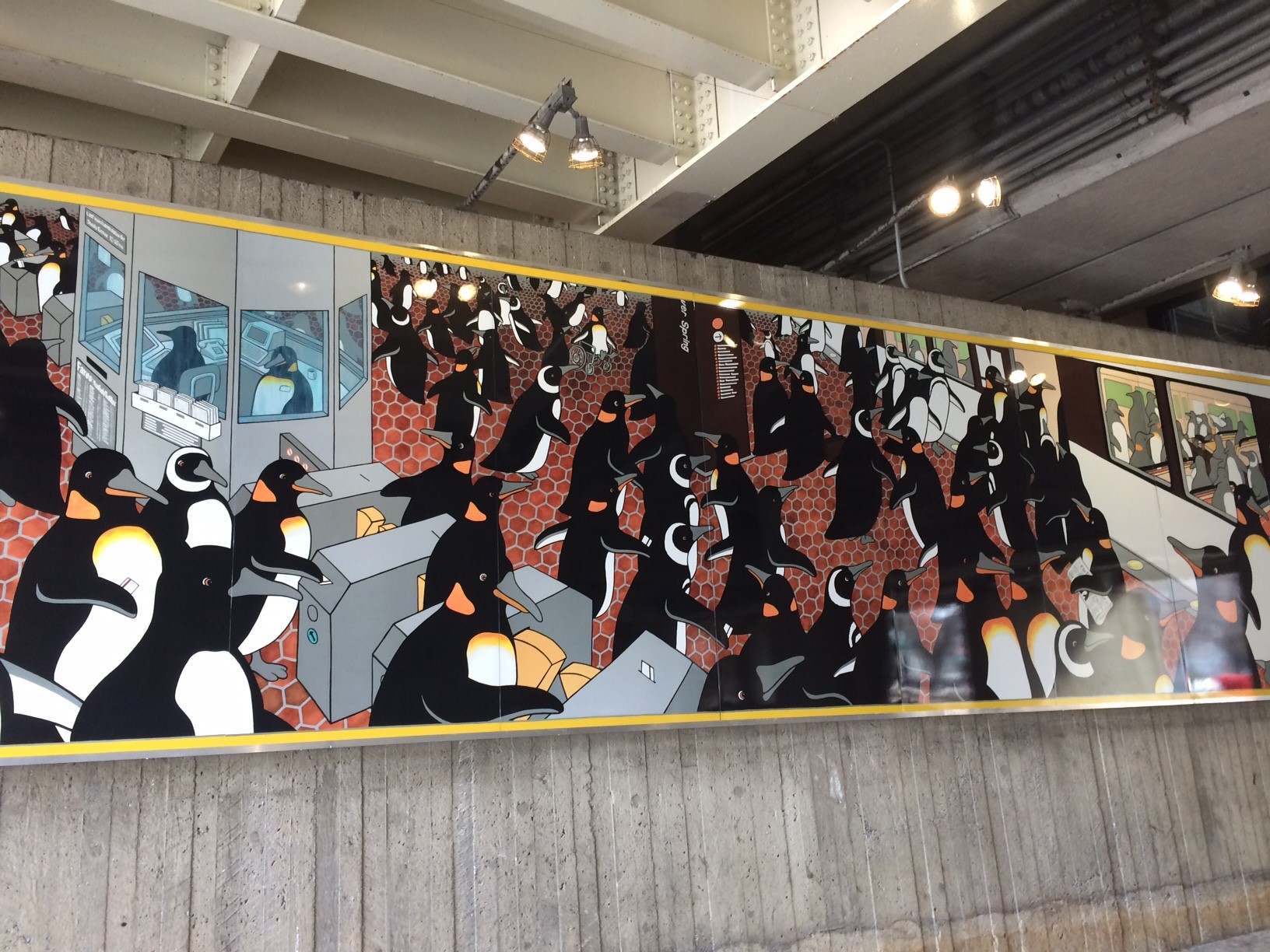 Has the penguin eclipsed the acorn as Silver Spring’s mascot?

The penguins moved into Silver Spring when Sally Callmer’s art was installed at Silver Spring Metro Station. The busy birds in their suits in the picture are speeding around the station, mimicking typical commuters at rush hour. One section of the mural has penguins on a metro train, reading newspapers. Unfortunately, the mural was taken down in 2005 due to damage from exposure from the elements. The Silver Spring community had quickly grown attached to the feathery commuters, and in 2017 the mural was restored after money was raised from the “Pennies for Penguins” campaign.

The acorn honors where Silver Spring has been, but the penguins represent where Silver Spring is going. Silver Spring’s development as a commercial, commuting town has grown exponentially since the 1930s, as professional workers from Washington D.C. moved away from the chaotic city to live in Maryland suburbs. Now you’ll see many suits in Silver Spring’s metro station, running up and down escalators to jump on the next train or bus.

Whether the station is filled with people commuting or penguins in the mural waddling to their next destination, both symbolize what Silver Spring is and how it’s developing. As the downtown is getting redecorated and real estate is trying to keep up with the rush of a growing city, the acorn gazebo silently stands where Blair once stood. It remains as a living memory of Silver Spring’s historical past, but penguins stand in Silver Spring’s horizon.

The MoCoShow Listing of The Week by Team Nurit

1 Comment on "Has the Penguin Eclipsed the Acorn as Silver Spring’s Mascot?"