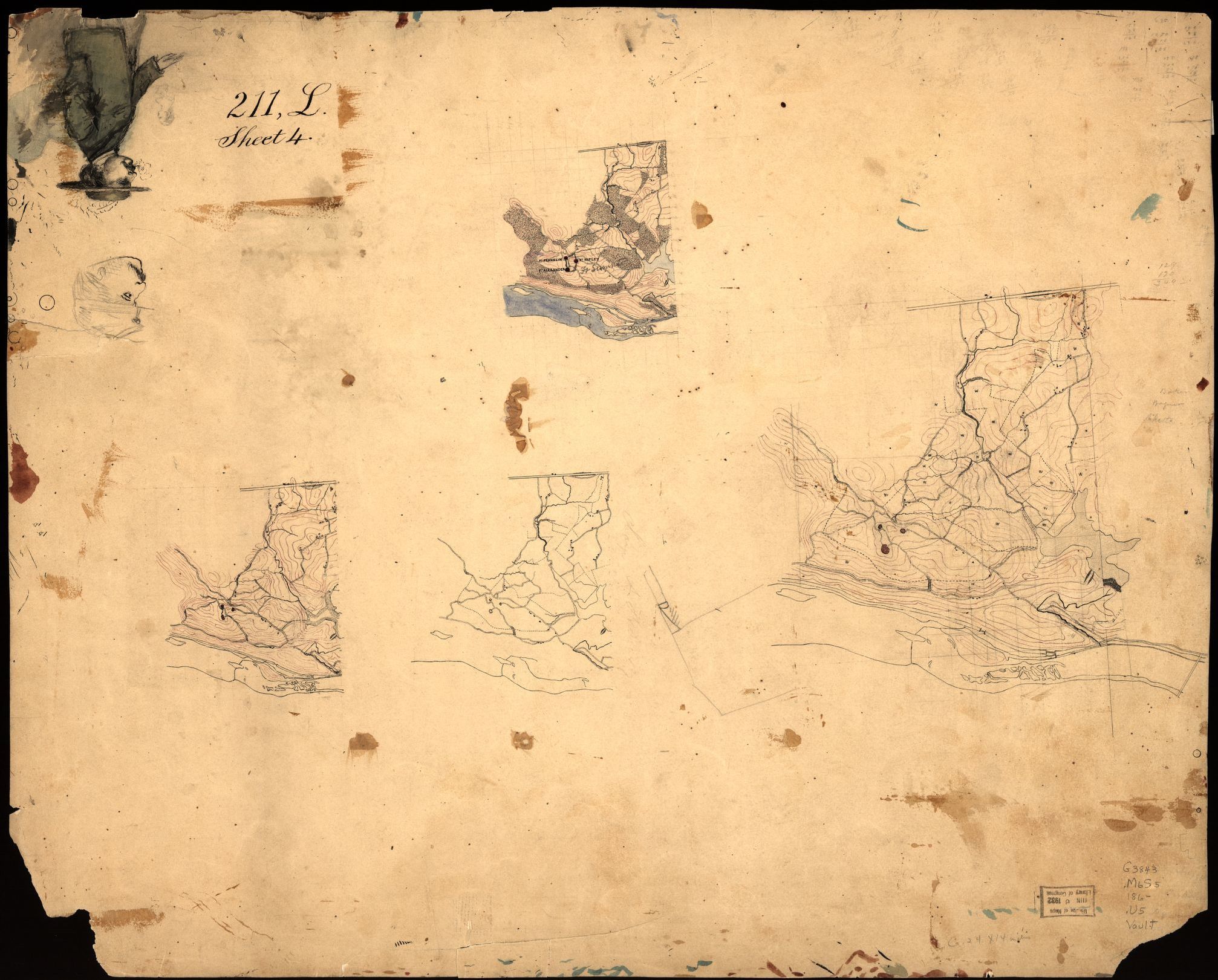 How much do you know about Montgomery County’s forts?

This map covers the surrounding area of forts Alexander, Franklin, and Ripley, each built within a few miles of Washington D.C. near Glen Echo. Fort Sumner can be seen scribbled on the map in ink. It was connected to the other three forts by trenches. The forts were built as part of D.C.’s defenses during the Civil War. The illustration was created by the United States Army Corps of Engineers.

The entire image depicts the same map at various points of completion. Landmarks such as roads, and bodies of water can be spotted on the finished version of the map. The colored body of water is the Potomac River.

Many forts in Montgomery County were not preserved and some were destroyed for residential development in the 1950s.

Photo courtesy of the Library of Congress.

Be the first to comment on "How Much Do You Know About Montgomery County’s Forts?"