The Imagination Stage (4908 Auburn Ave, Bethesda) has announced that Jason Najjoum will be theater’s new Managing Director and Triza Cox has been appointed to the new position of Associate Artistic Director of Theatre for Change.

In this executive leadership role, Najjoum is responsible for overseeing all managerial aspects of the organization, with a focus on strategic planning, fundraising, marketing, community relations, operations, people and organizational development, and governance of the Maryland and DC Boards.

Najjoum is an organizational engineer who achieves transformational objectives. He is guided by a deep-seated curiosity of people and systems, a value of reciprocity, and over 12 years of management experience across sectors. Most recently serving as Managing Director of Synetic Theater, Najjoum led it to financial stability, improved artist and audience experience, and innovative community programming during the COVID-19 pandemic. He has also served as Producing Director of New York Theatre Barn, an award-winning nonprofit theater that incubates new musicals. Jason has held roles at Yale Repertory Theatre, Baltimore Center Stage, ABC Television, and on Broadway. His arts experience is augmented by several transformative experiences in the private sector, including at McChrystal Group, a global organizational development firm, and at Bridgewater Associates, the world’s leading hedge fund.

Najjoum earned an MFA/MBA in Theater Management from Yale University,  co-chaired the Equity Committee of the National Landing Business Improvement District, and is a member of Leadership Greater Washington.

O’Neil believes Najjoum is “the ideal person to build upon Founder Bonnie Fogel’s bold dream to bring the arts to all young people regardless of their background or ability. Jason shares this vision and is poised to expand Imagination Stage’s impact outside its Bethesda roots into DC and beyond. Jason’s energy, entrepreneurial outlook, and strategic approach are the perfect formula for Imagination Stage at this inflection point in its 42-year history.”

Fogel shares O’Neil’s enthusiasm: “Imagination Stage’s new leadership team of Managing Director Jason Najjoum and Founding Artistic Director Janet Stanford will, together, position Imagination Stage to take advantage of new challenges and opportunities in Washington, DC, in the areas of Theatre for Change and digital content and distribution, as the organization approaches the half-century mark.”

Janet Stanford, who has been serving as Producing Artistic Director for the past 15 months, welcomes Najjoum and the move to a dual leadership structure in which she will have the title of Founding Artistic Director. Says Stanford, “As Imagination Stage recalibrates post-pandemic to meet the needs of now for our children and youth, we need a leader with strong business, theatre, fundraising, and entrepreneurial skills. Jason Najjoum is this person. I am confident that, as the Board’s choice for the Managing Director role, Jason will help us to build an Imagination Stage set to thrive in the 2020’s and beyond.

Najjoum’s hiring was overseen by a Board of Trustees committee helmed by O’Neil, Barnette, and  Catherine Leggett. Says Barnette, “I am thrilled about the exciting energy and fresh perspective that Jason Najjoum will bring to Imagination Stage. As our new Managing Director, he is already focused on how to achieve the vision for Imagination Stage at 50 years strong! Jason is particularly aligned with our commitment to anti-racism, ensuring that diversity, equity, inclusion, and accessibility initiatives are a priority in all that we do, and strengthening the expansion of theatre arts education to youth throughout the metropolitan DC area.”

“The main guiding force in my own development has been immersion in the arts and humanities – both in strengthening the ways I can uniquely serve society and showing me how I can grow,” says Najjoum. “Therefore, as a leader who unlocks untapped potential in visionary organizations vital to their communities, I can think of no better organization to serve at this moment than Imagination Stage. Together with Janet and our incredible board and staff, we will spread the power of performance and play as a means of youth development, leading the charge towards connectedness and democracy as a bulwark to oppression. I can’t wait to get started!”

Another significant executive hire sees Triza Cox in the newly-created position of Associate Artistic Director of Theatre for Change. She will play a pivotal role in this growing program, which includes the  ¡Óyeme! and 10 Seconds workshops, plays, and films, among others.

Working as a professional theatre artist with a specialty in theatre devising and community-based theatre, Cox has lent her creative and academic skills to various productions and educational pursuits across the country. Her comprehensive approach to artist development, directing, and writing has allowed her to create new art in many of the most underserved and unserved communities in the nation. Through her education and experience, Triza Cox has adroitly led theatre projects that address equity and disparities as well as elevate artistic aesthetic. Cox is a proud member of Actors’ Equity Association, an associate member of the Stage Directors and Choreographers Society, and is the South Carolina Ambassador for the Dramatists Guild. She has an MFA in Theatre Performance from University of Louisville.

Cox also has an impressive background working in public health. Most recently, she was Executive Team/Coordinator of Community Services for Circle Park Behavioral Health Services in Florence SC. A trained prevention specialist,  working at Trinity Behavioral Care in Dillon, SC, she coordinated needs assessments to identify problem behaviors in the community.

About her work at Imagination Stage, Cox says, “For over a decade I’ve worked as a theatre artist, often in marginalized communities, with the goal of democratizing arts access. I did this work independently, but it is truly a gift and an honor to be with a company that has the same dedication to making the world a better place.”

Cox will work closely with Joanne Seelig Lamparter, Imagination Stage’s Artistic Director of Education and Theatre for Change. Seelig Lamparter, who was central to establishing Theatre for Change in 2014 and to stewarding its development ever since, says she is “delighted to have Triza join us. Her robust background in public health combined with her artistic skill set as a director, playwright, and teaching artist make her an ideal leader to work alongside our artists, administrators and many community partners, as we see continued expansion of our Theatre for Change work across the region. Her fresh perspective, creativity, and sharp administrative skills make her a perfect match for the position.”

Stanford concurs: “Triza comes to Imagination Stage with a wealth of theatre and public health experience.  In collaboration with Joanne, Triza is poised to oversee exponential growth of the work we do with teens across the DMV.  No one understands better than she the power theatre possesses to give young people a voice and to find inspiration for their futures.”

Founded in 1979, Imagination Stage has grown from an after-school program serving 17 students to become one of the largest youth-oriented arts organizations on the East Coast, reaching 75,000 children and families each year and with a budget of around $4.5 million. Imagination Stage resides in a beautiful 40,000 square-foot building in the heart of Bethesda and has significant programming in Washington, DC and around Montgomery County. 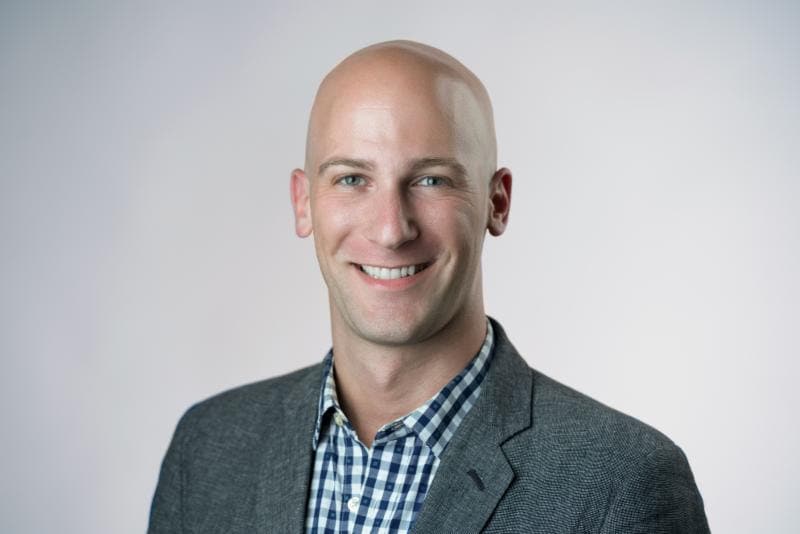 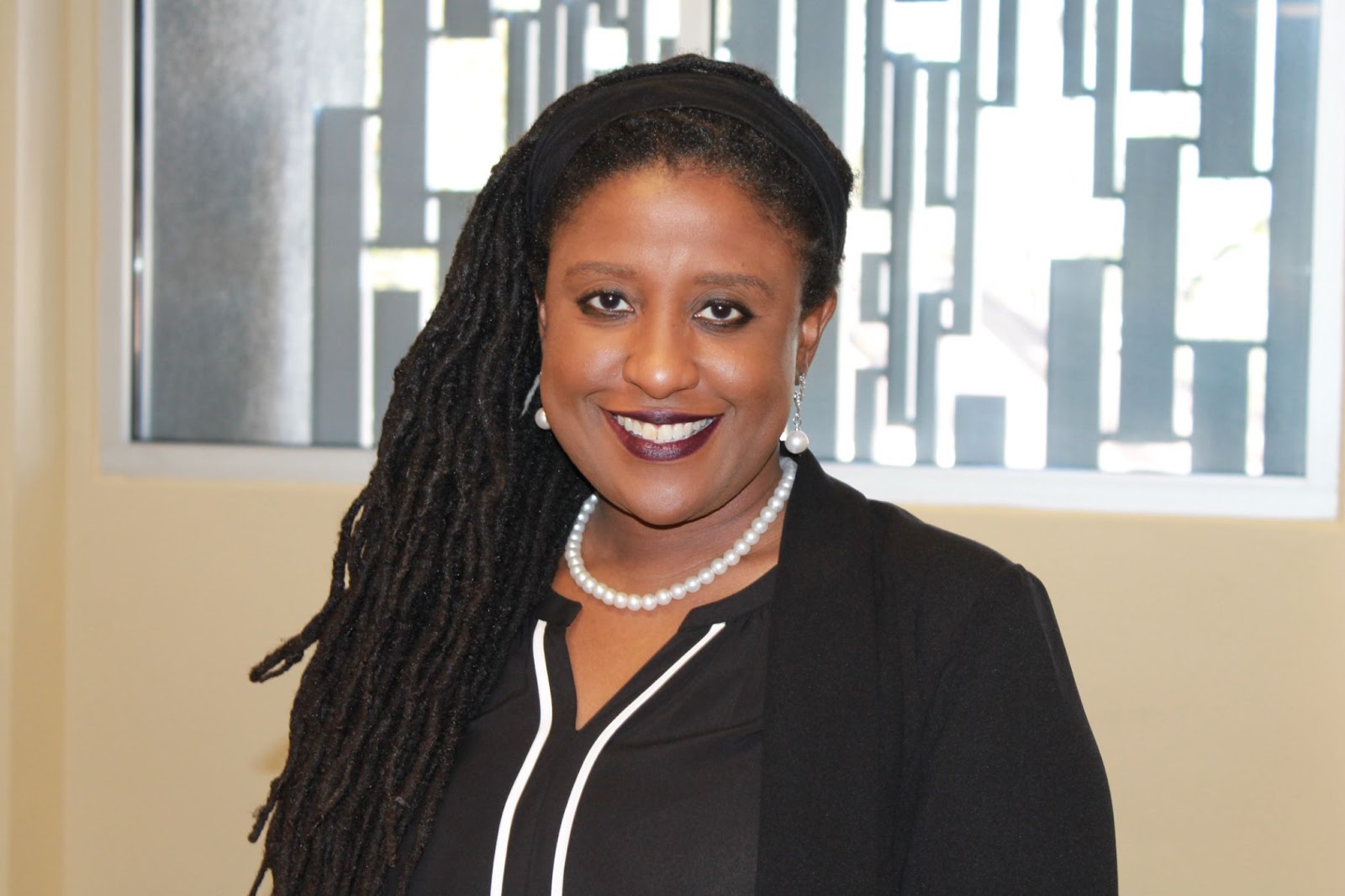