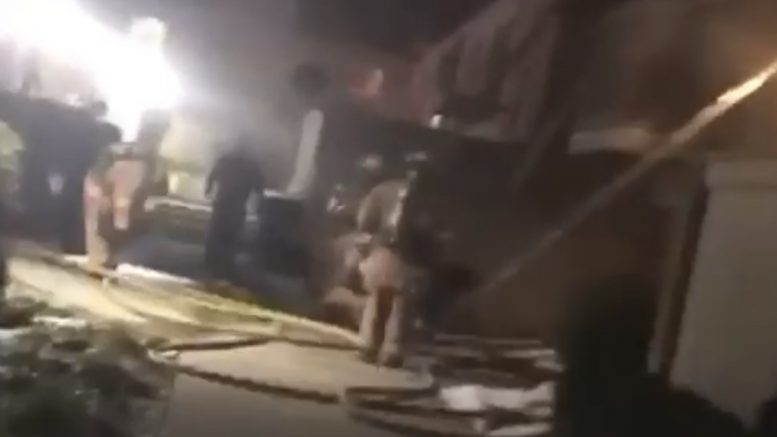 Around 11PM Friday night, Montgomery County Career and Volunteer Firefighters responded to 18421 Lost Knife Circle in Montgomery Village for a fire on the 3rd floor of an apartment building. Firefighters arrived and found a bedroom fire in the third floor apartment.

Firefighters requested additional resources, bringing a Rapid Intervention Dispatch and Fire Task Force to the scene. Around 75 firefighters responded. Fortunately, the fire did not spread to other apartments. No injuries were reported.

According to Montgomery County Fire/Rescue Chief Spokesman Pete Piringer, a cigarette improperly discarded in the bedroom is what sparked the fire.

Smoking is estimated to cause around 20,000 fires annually, according to the National Fire Protection Association.