Inside the Squared Circle was on the air in Montgomery County from 1989 until 2014. ITSC started off as a radio program broadcasting out of a tiny AM station on Watkins Mill Rd. in Gaithersburg before moving to Montgomery County Cable Access television in 1992, where it ran for over twenty years.

If you were a wrestling fan growing up in Montgomery County in the 80’s and 90’s, it’s almost certain that you made it a habit to catch the weekly program. Back before the internet, ITSC was the only place you could hear insider and backstage information about professional wrestling. Over the years the show featured interviews with top stars such as “Macho Man” Randy Savage, Ric Flair, The Ultimate Warrior and Triple H.

Hosted by “Will the Worm” Dunham throughout its entire run, other fan favorites of the show included “Massive” Mike, “Charmin” Chuckie, The X-Man, “Dirty” Dick, Dr. C, Ernest L. Stanley, and Brutally Frank. Join them on December 31st for what’s sure to be the wildest zoom you’ve ever seen!

Click here for more information on the event and check out the special silent auction for St. Jude Hospital. 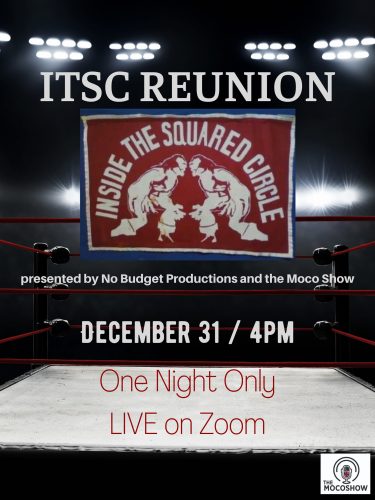