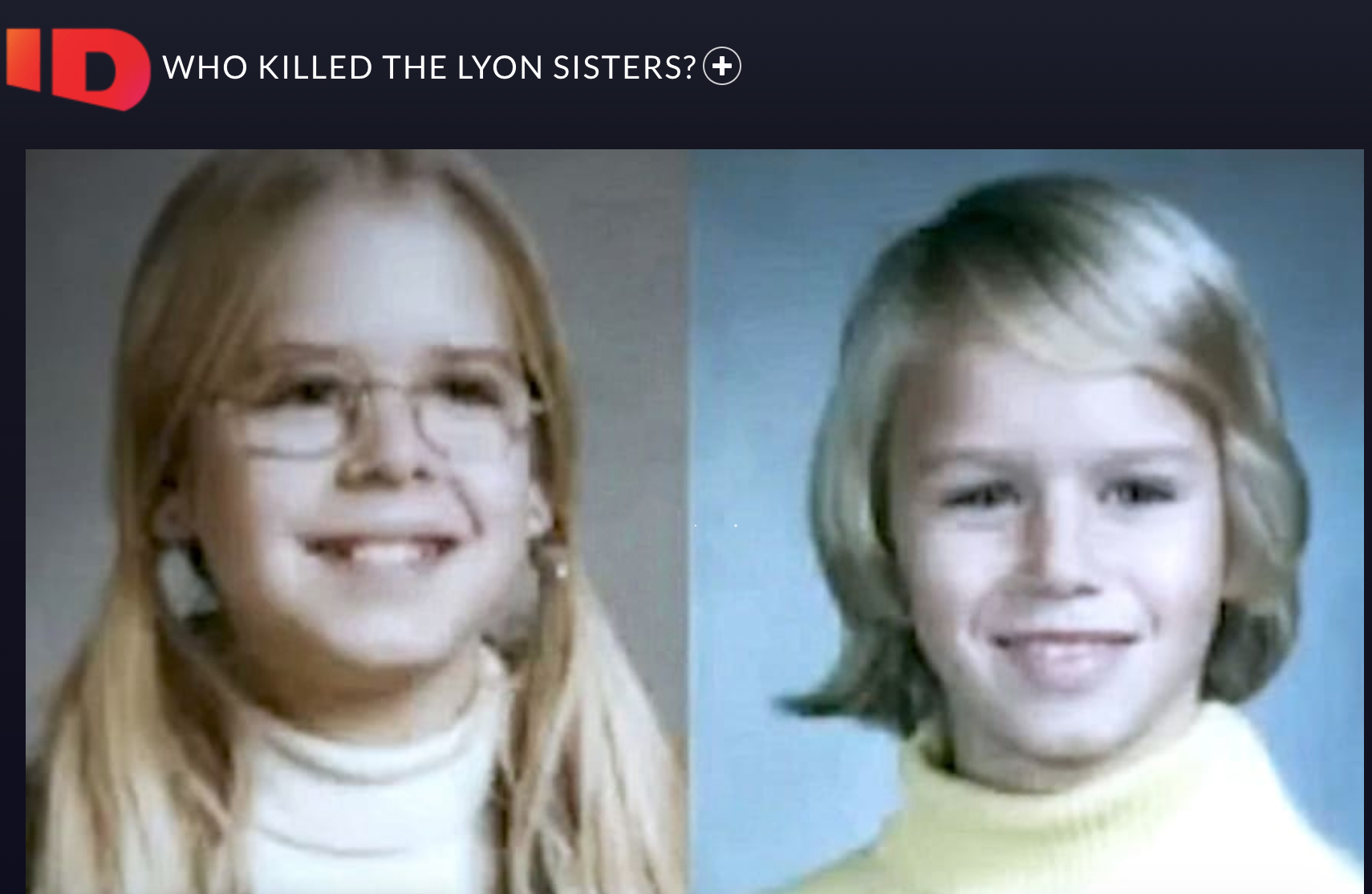 This past weekend, Investigation Discovery aired an episode sharing the story of the the Lyon sisters.  The two sisters, Sheila (12) and Katherine (10) disappeared in 1975 during a trip to Wheaton Mall.  The girls were never found.

The case gained national attention and was in the spotlight for many years because it was unsolved for so long– after a string of false leads, a likely suspect wasn’t identified until 2013.

The documentary focuses on the findings from author Mark Bowden and includes footage of news reports throughout the years– much of which was filmed in MoCo.

“Who Killed the Lyon Sisters?” full episode can be found on the Investigation Discovery website.