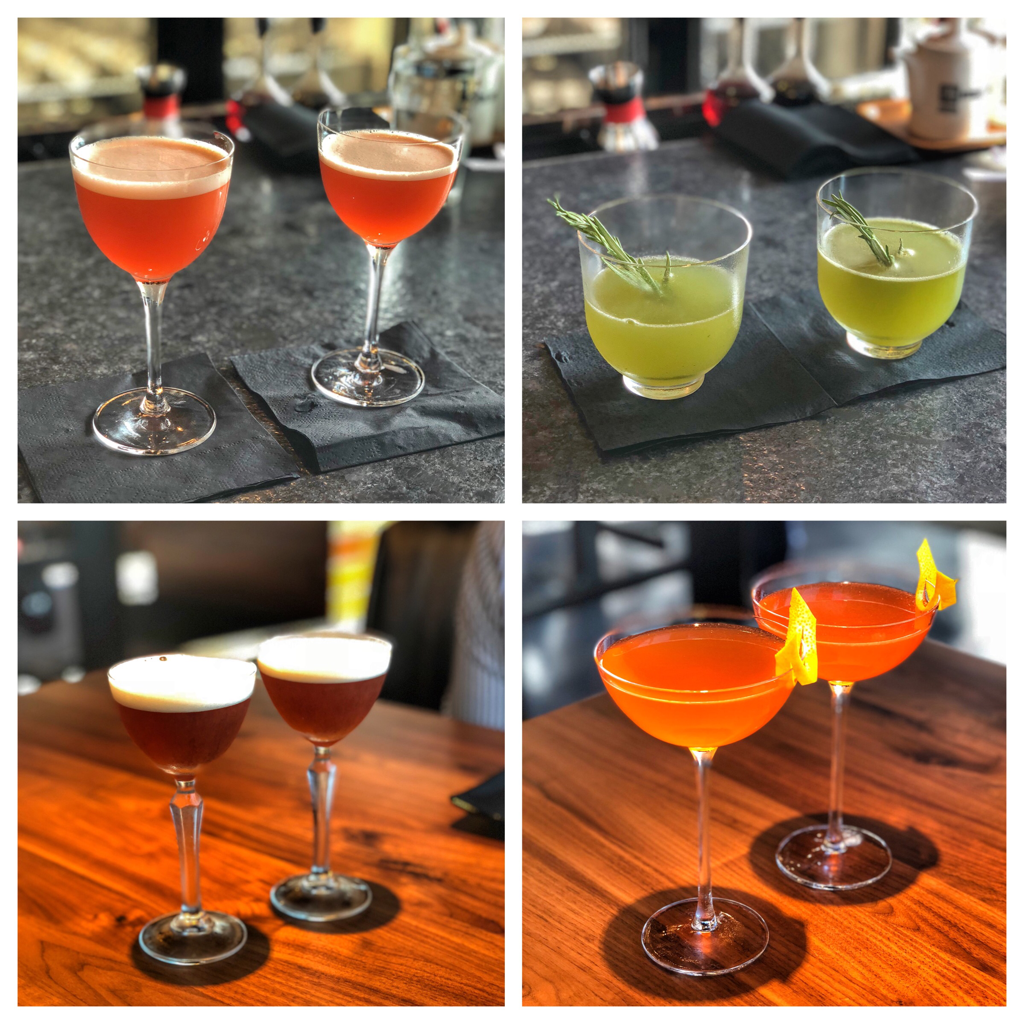 I had the opportunity to check out JINYA Ramen Bar at Pike & Rose (910 Prose St., next to the Baked Bear and LL Bean) whose grand opening is this coming Tuesday, August 7th, 2018. I was extremely impressed.

JINYA specializes in ramen. Ramen is widely considered a Japanese dish, but there’s much debate over whether the noodles were first made in Japan or China. Many say the dishes as invented in China but made popular/trendy in Japan.

Though many credit New York’s Momofuku with making the dish popular in the U.S., the ramen “boom” came about in California when more than 200 spots opened in the area in 2012 alone.

Now that you have a brief background, let’s get into what JINYA has to offer…

I was speaking with one of our area’s top chefs who told me that JINYA is unique because their other dishes are just as great as their ramen. We started with the Brussel Sprouts Tempura (crispy brussel sprouts with white truffle oil). 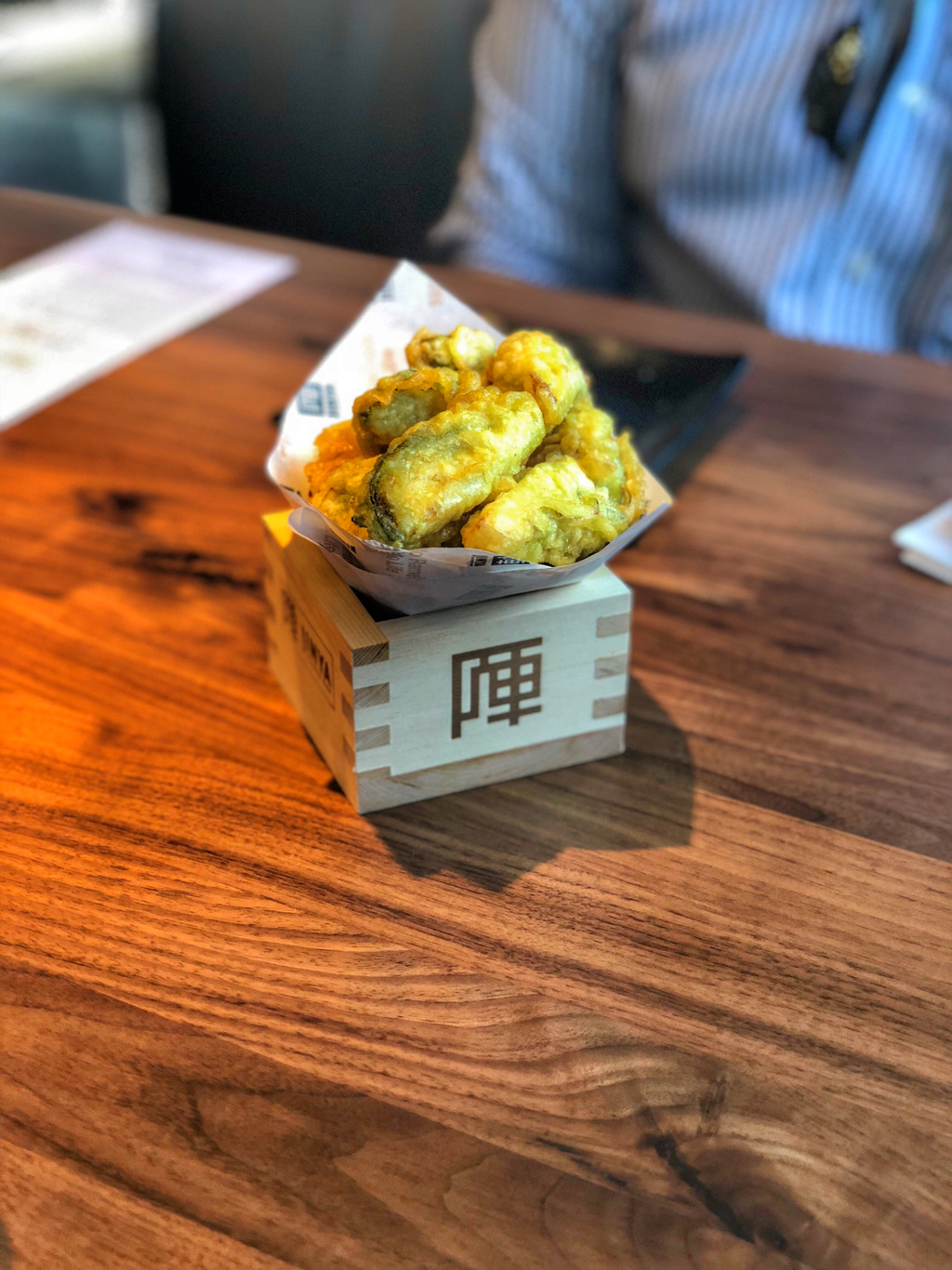 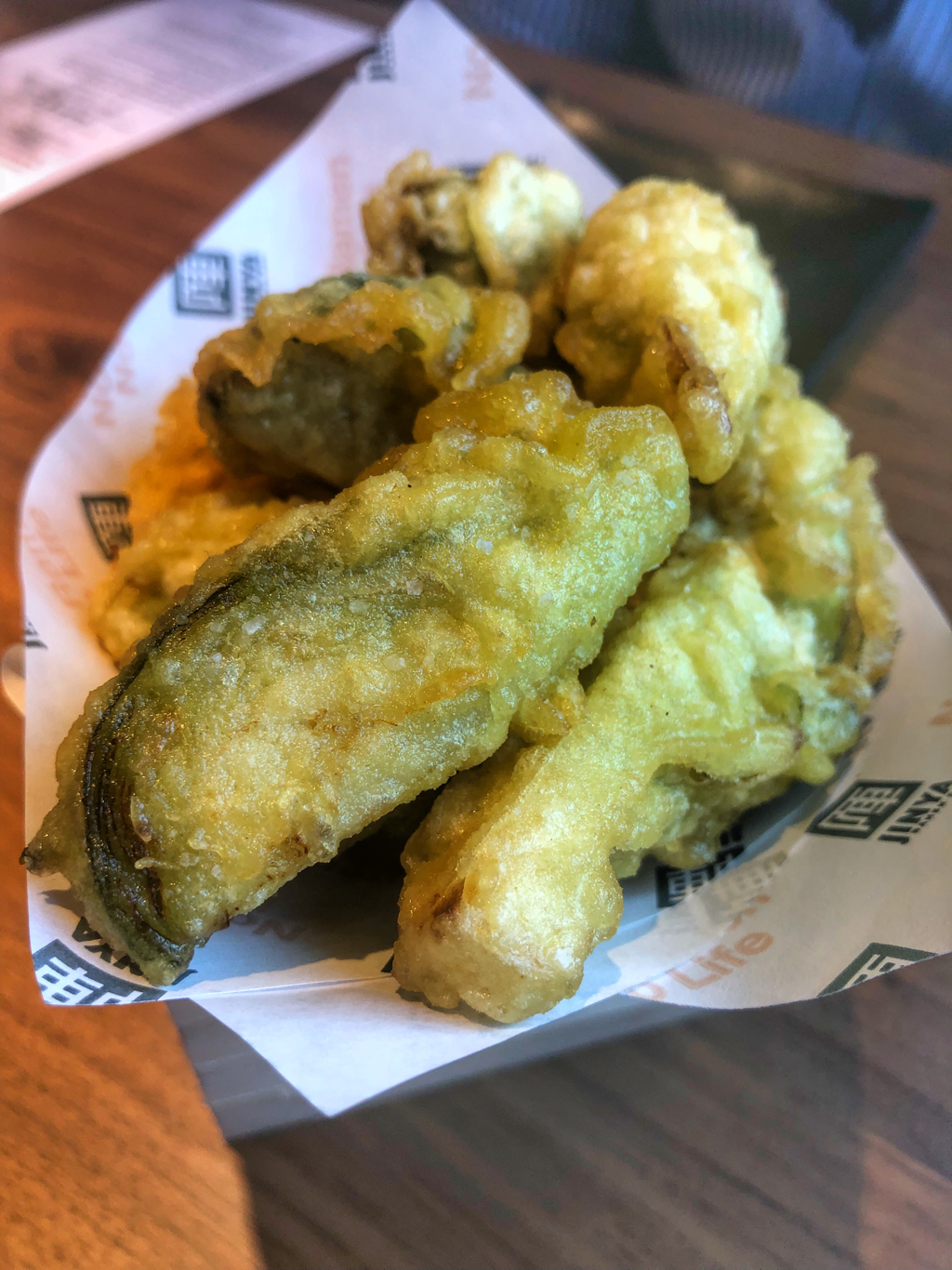 We moved on to the Takoyaki Octopus. It was battered octopus over egg tartar, topped with kewpie mayonnaise, okononiyaki sauce, fresh cut green onion and smoked bonito flakes. They were very tasty, but also very filling so make sure you don’t eat too many of these (may be hard to do). 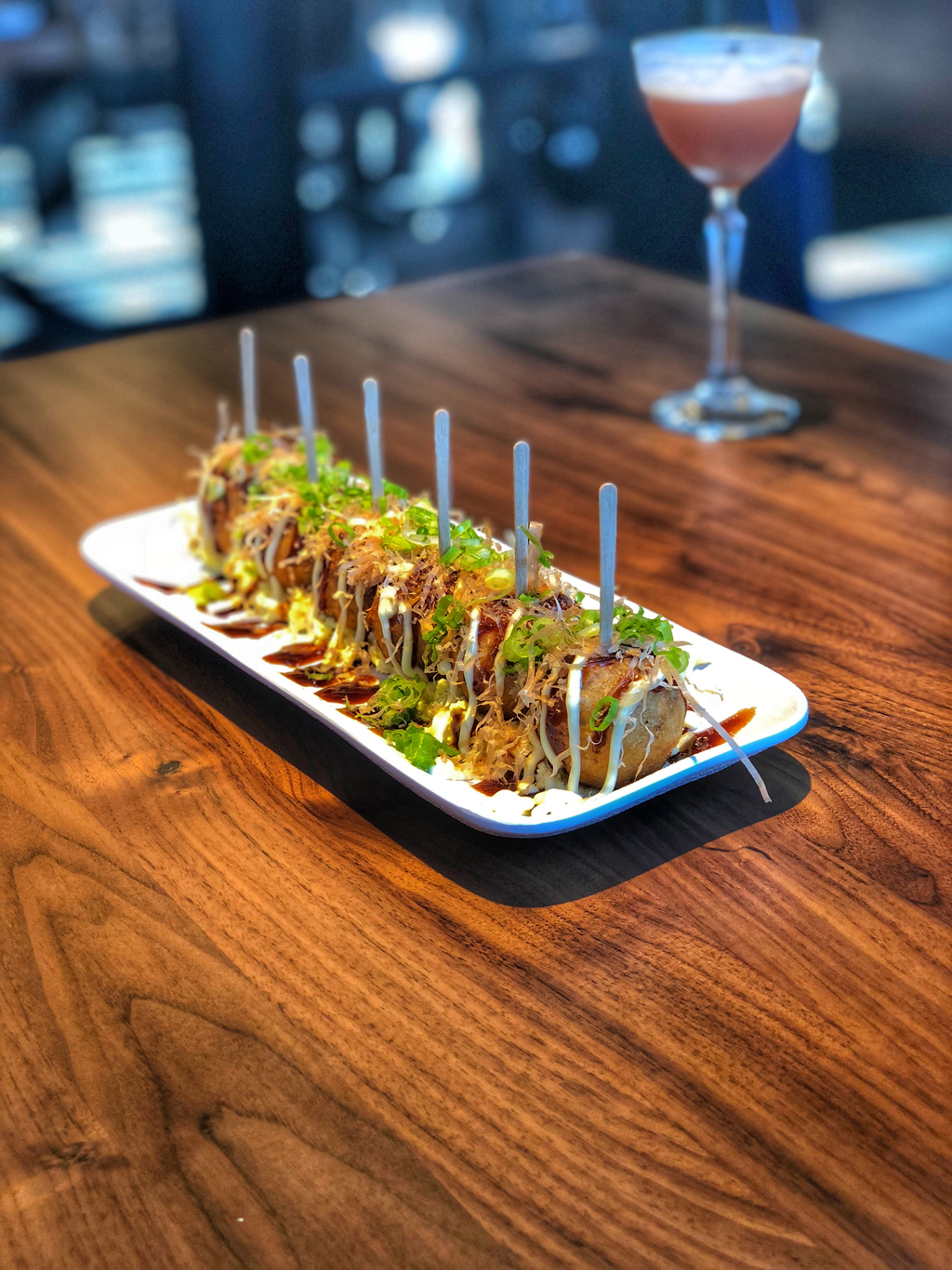 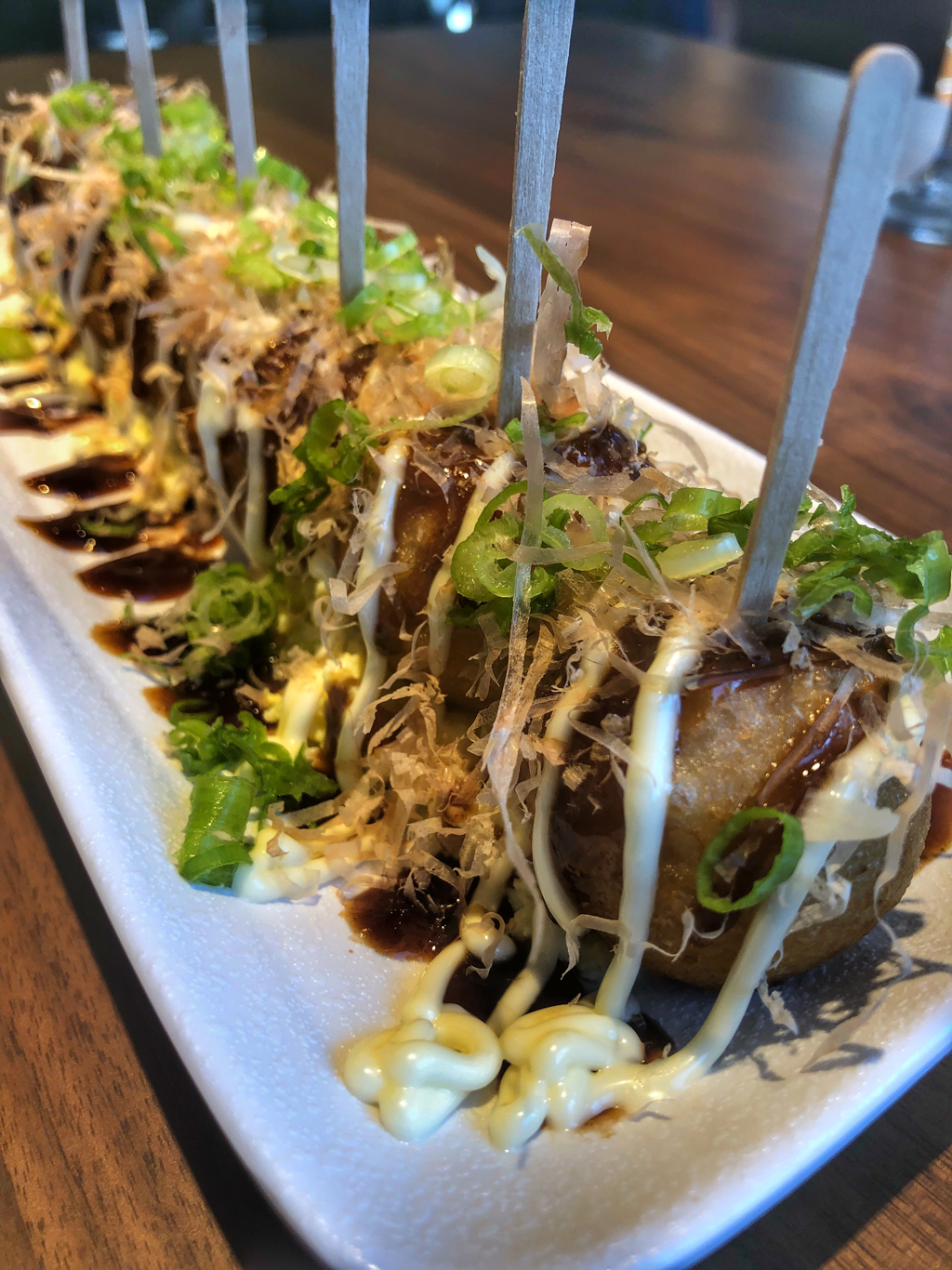 The caramelized cauliflower contained toasted pine nuts and, crispy mint leaves, and lime sauce. It was light and tasty. 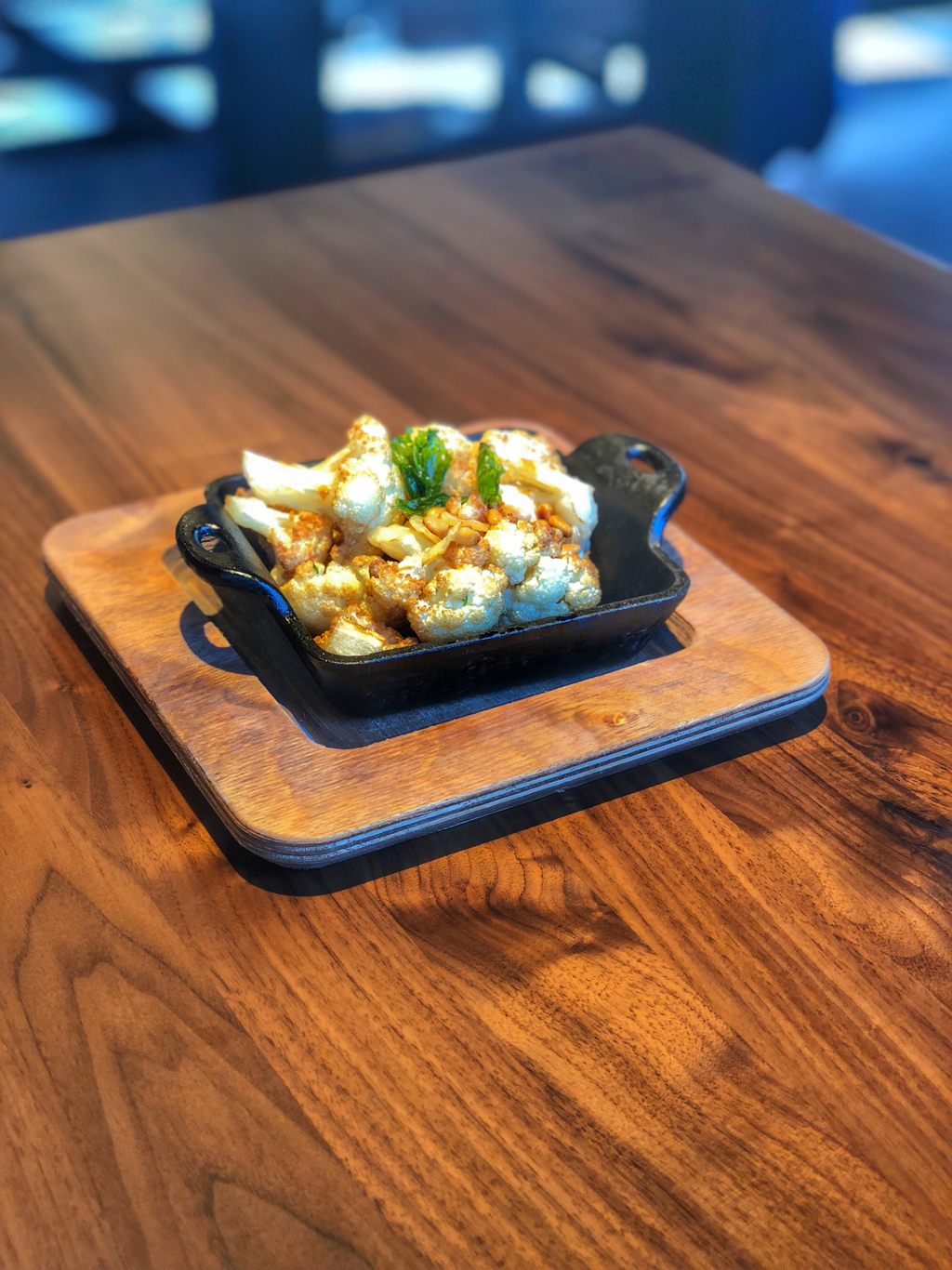 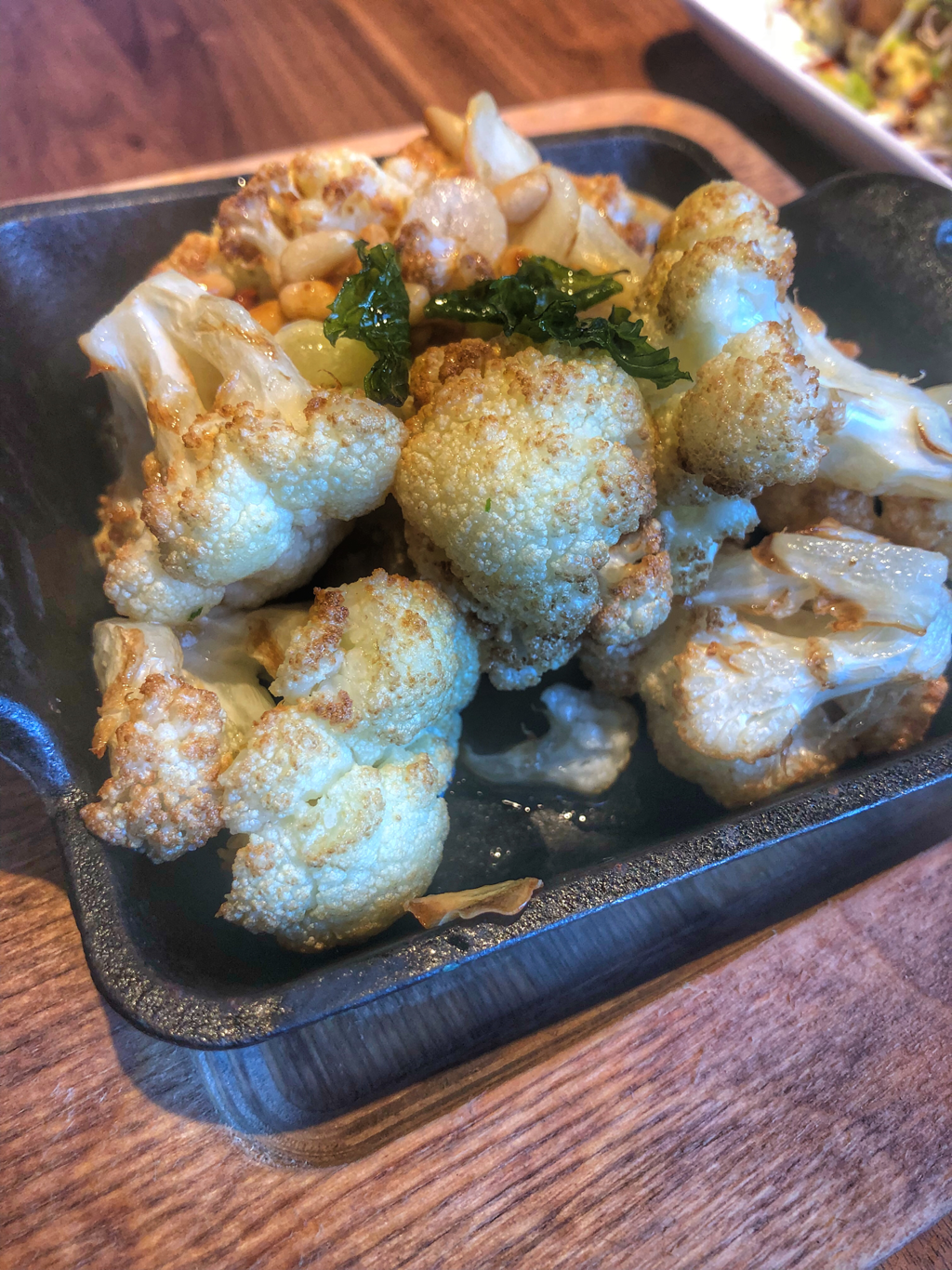 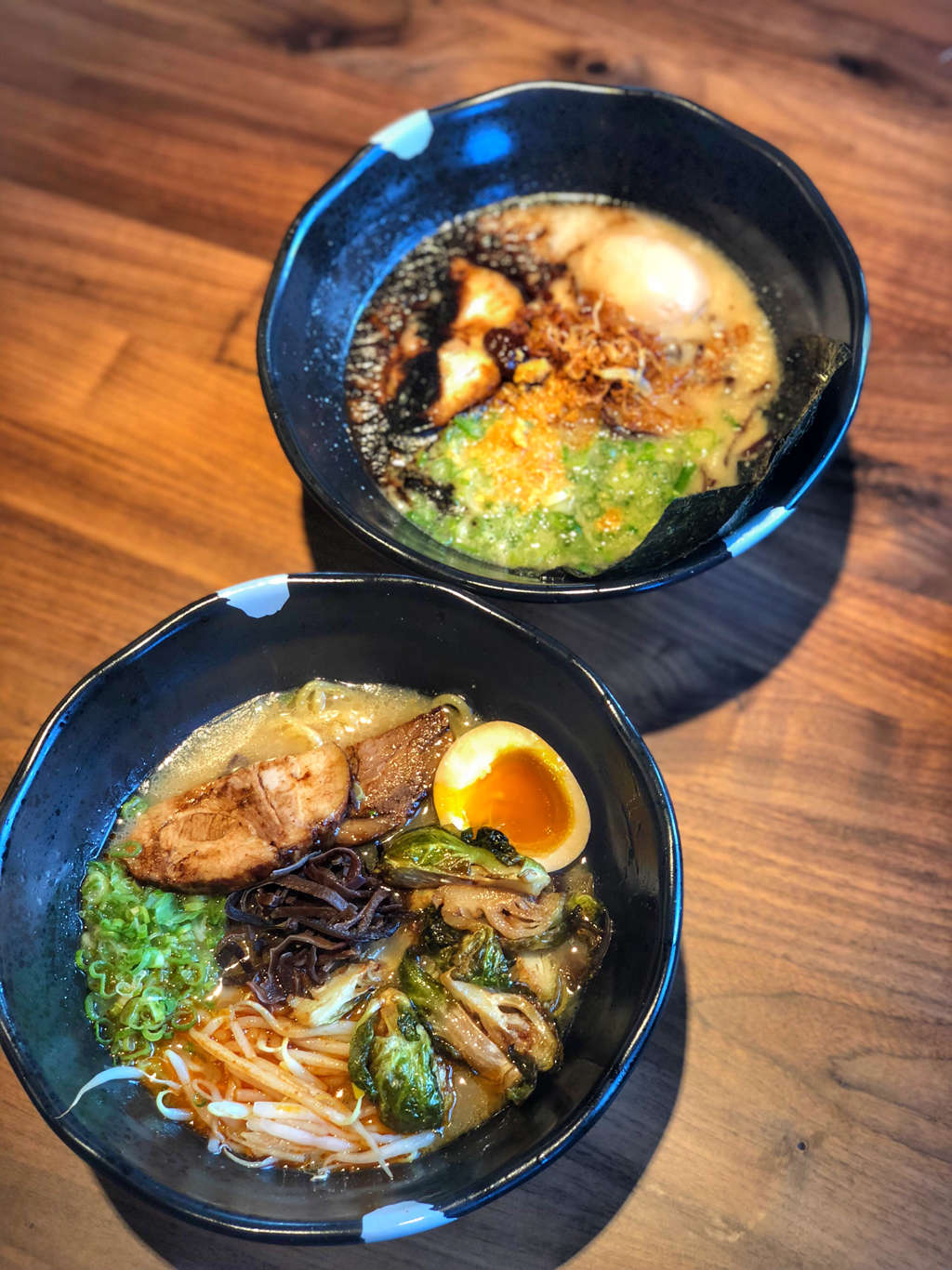 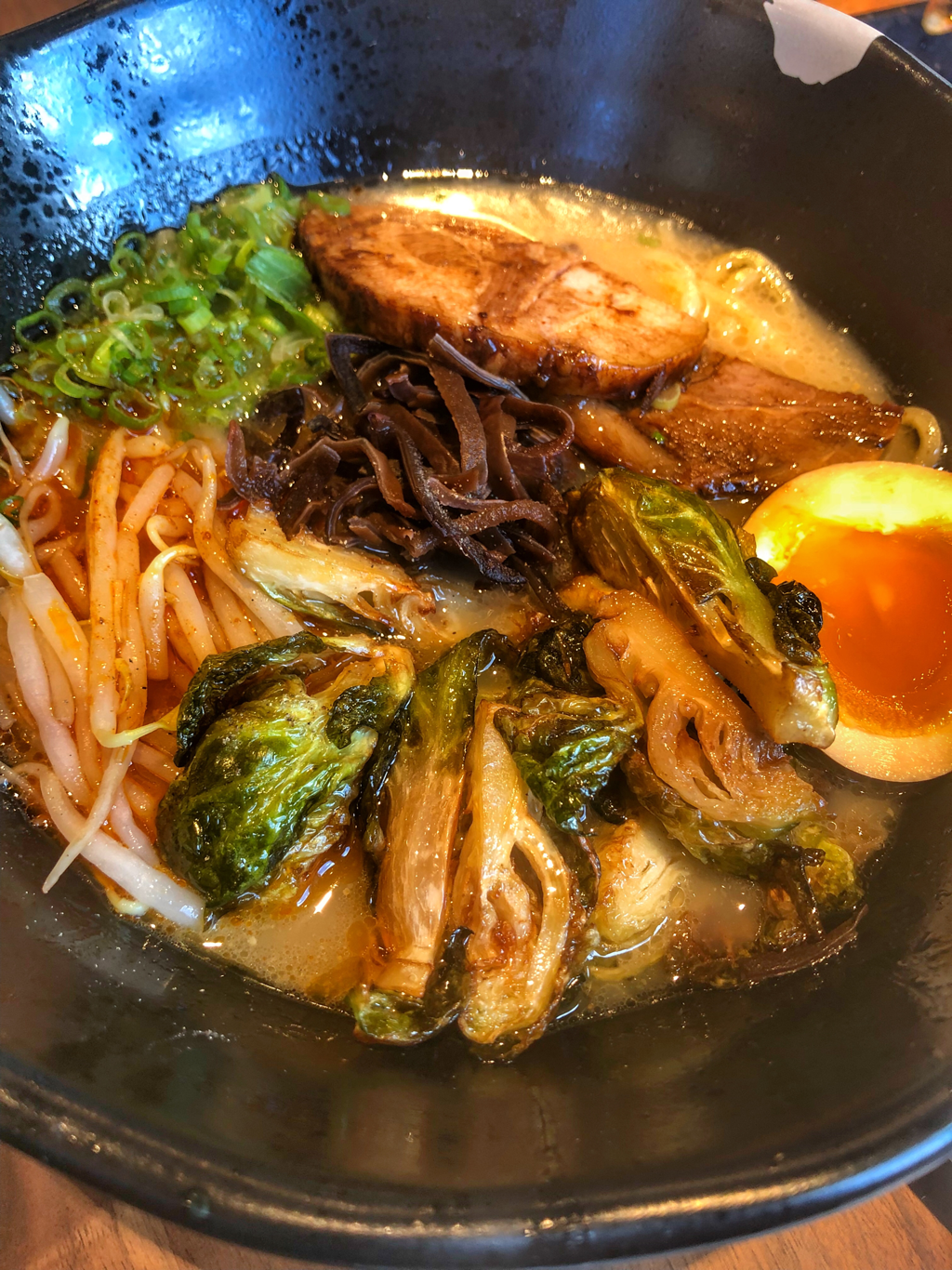 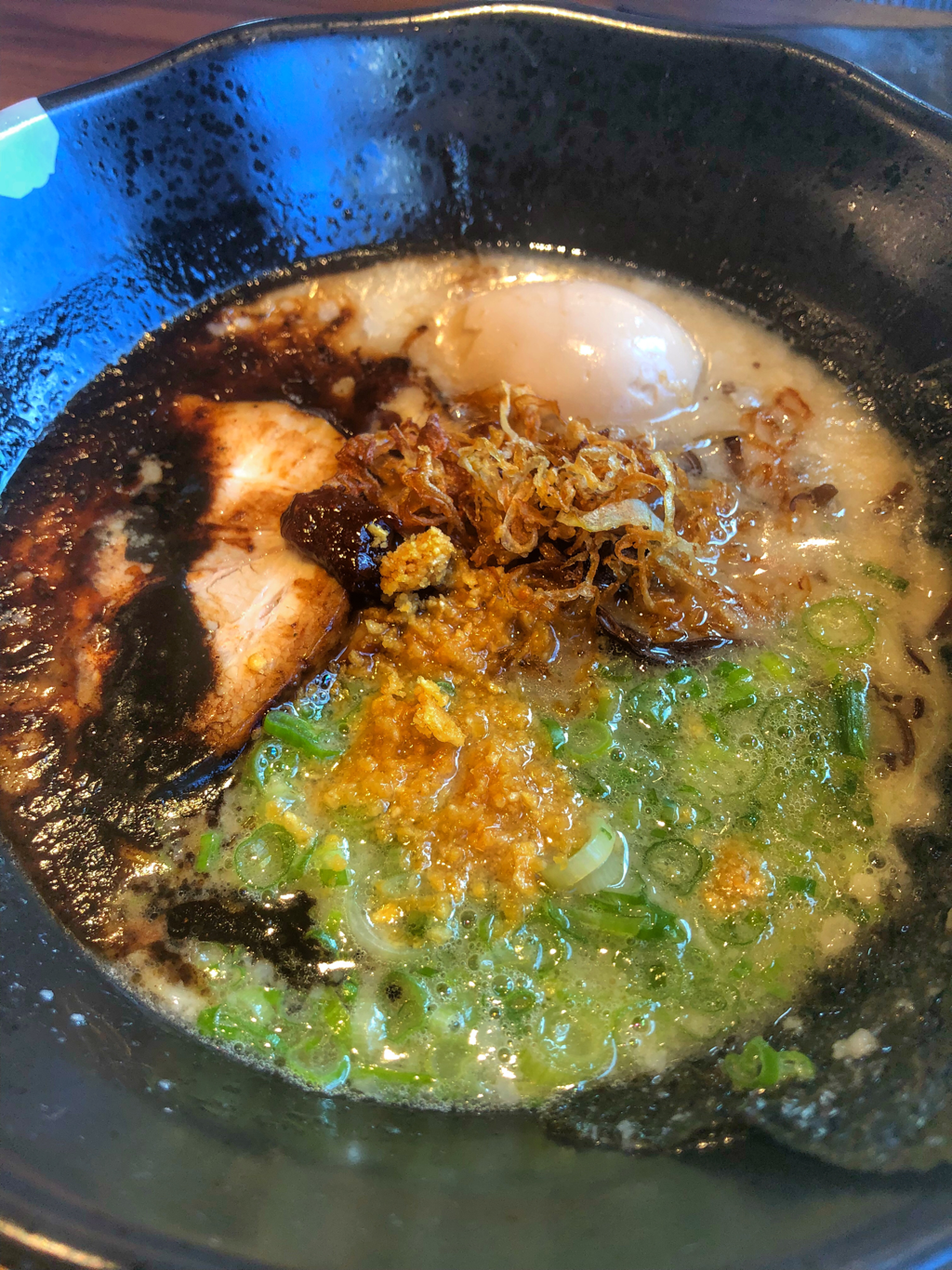 Next were the Tonkotsu Spicy (pork broth) and Spicy Creamy Vegan (vegetable broth). I could taste the kick in the spicy bowl, but it’s not overpowering– a good thing for me. I was surprised that my favorite bowl ended up being the Spicy Creamy Vegan. I love meat, so I wasn’t expecting to be a fan, but I truly thought it was the tastiest of the bunch. Initially, I had a new favorite with each new bowl I tried, but after going back and trying them all again, I am sticking with the Spicy Creamy Vegan as my personal favorite. 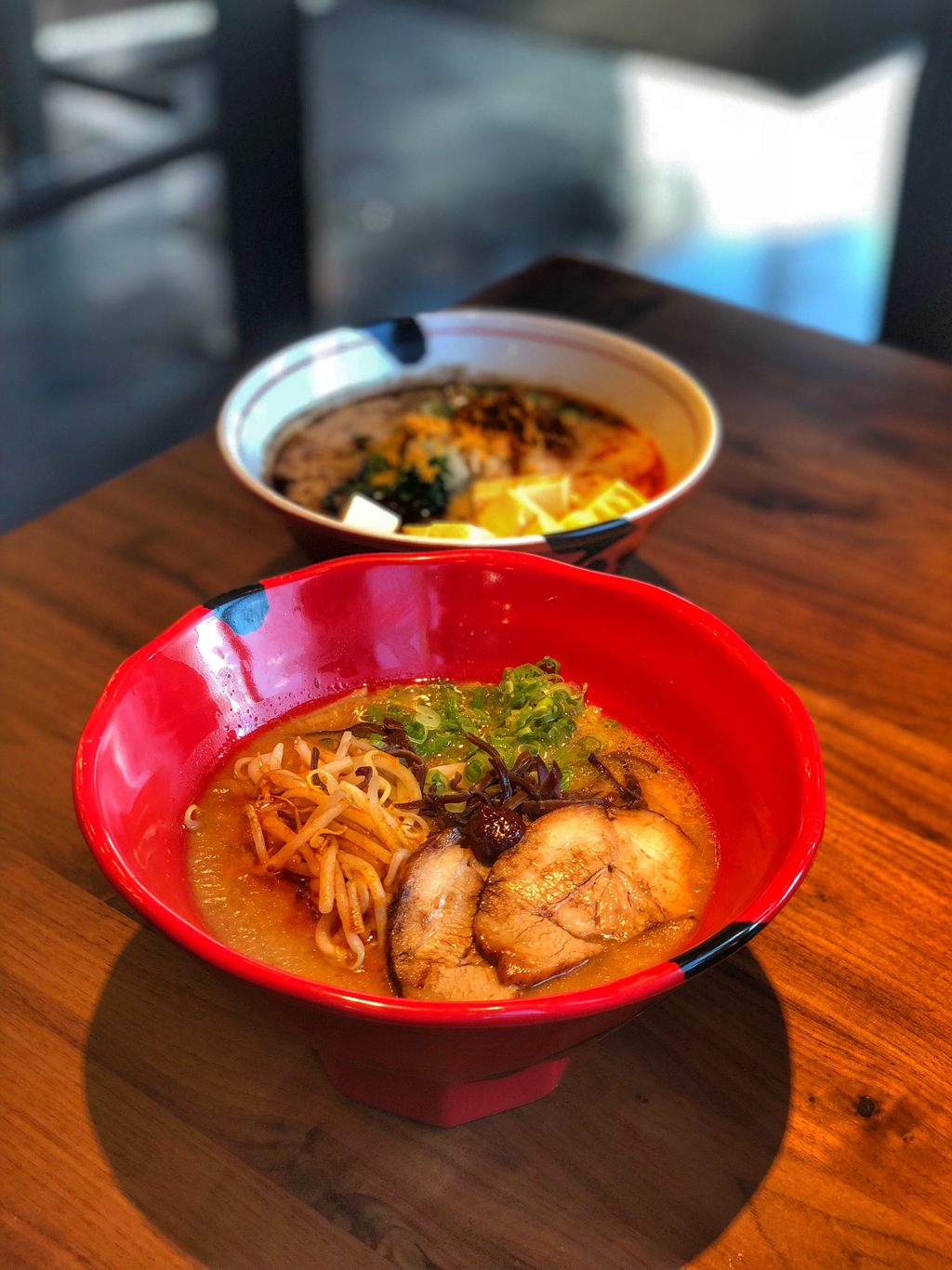 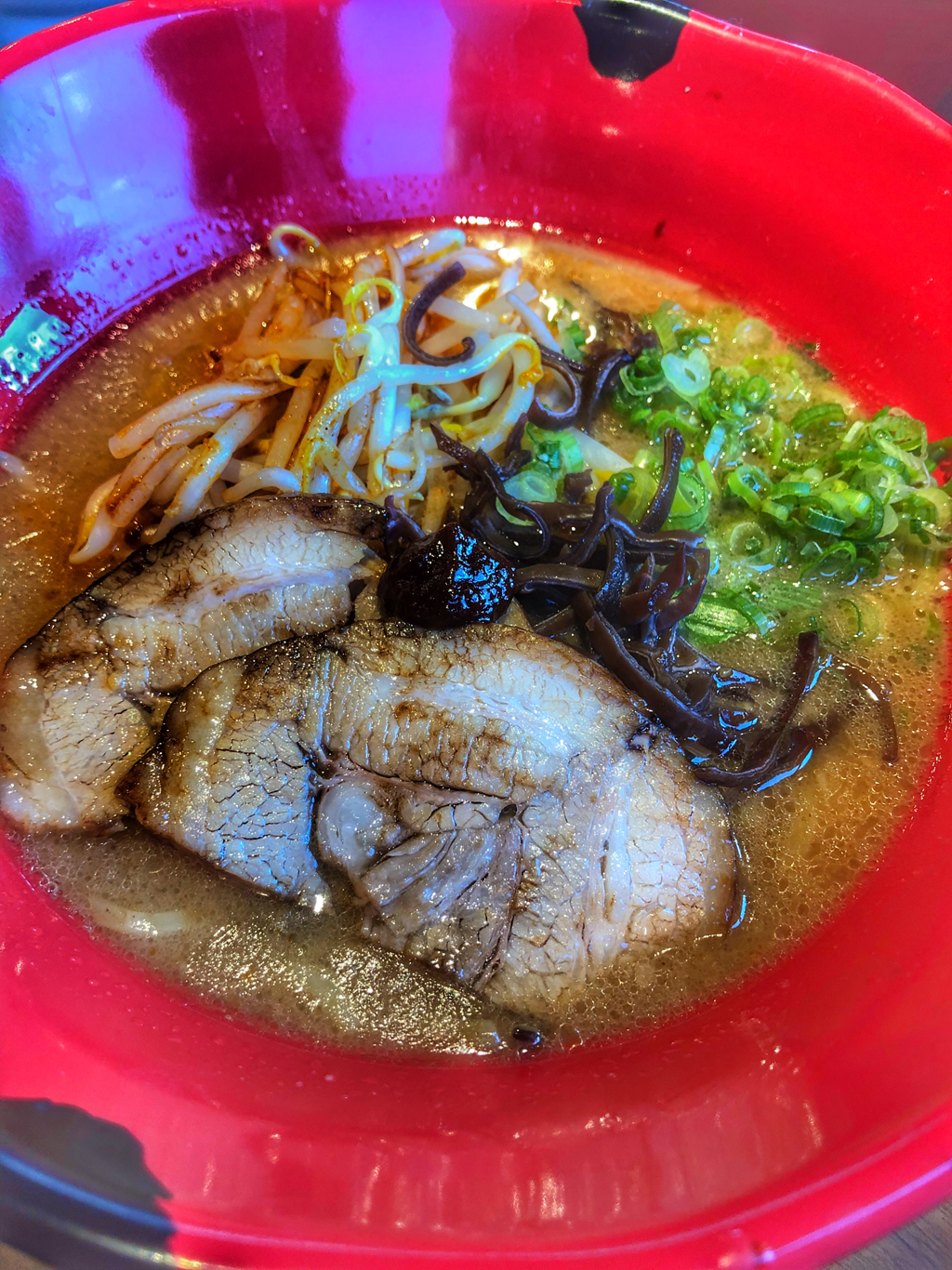 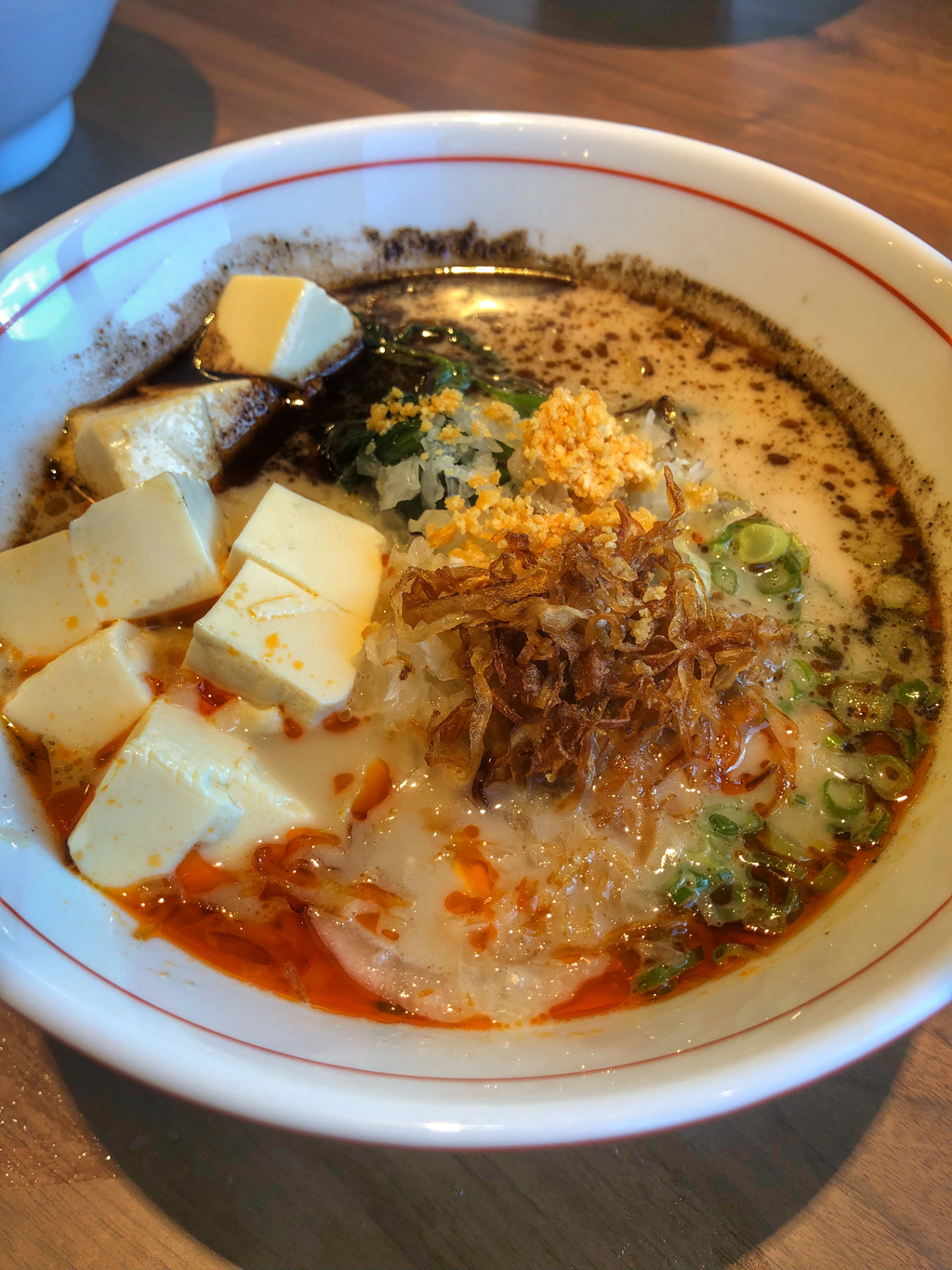 Poke bowls are popping up all over the area as well. Poke means “to slice or cut” in Hawaiian and refers to chunks of raw, marinated fish (usually tuna), or other meats, which is then tossed over rice and topped with vegetables and various sauces.

JINYA has their own version. Below is the California Bowl. It contains salmon, spicy tuna, shrimp, seaweed salad, masago, avocado, and cilantro over rice. 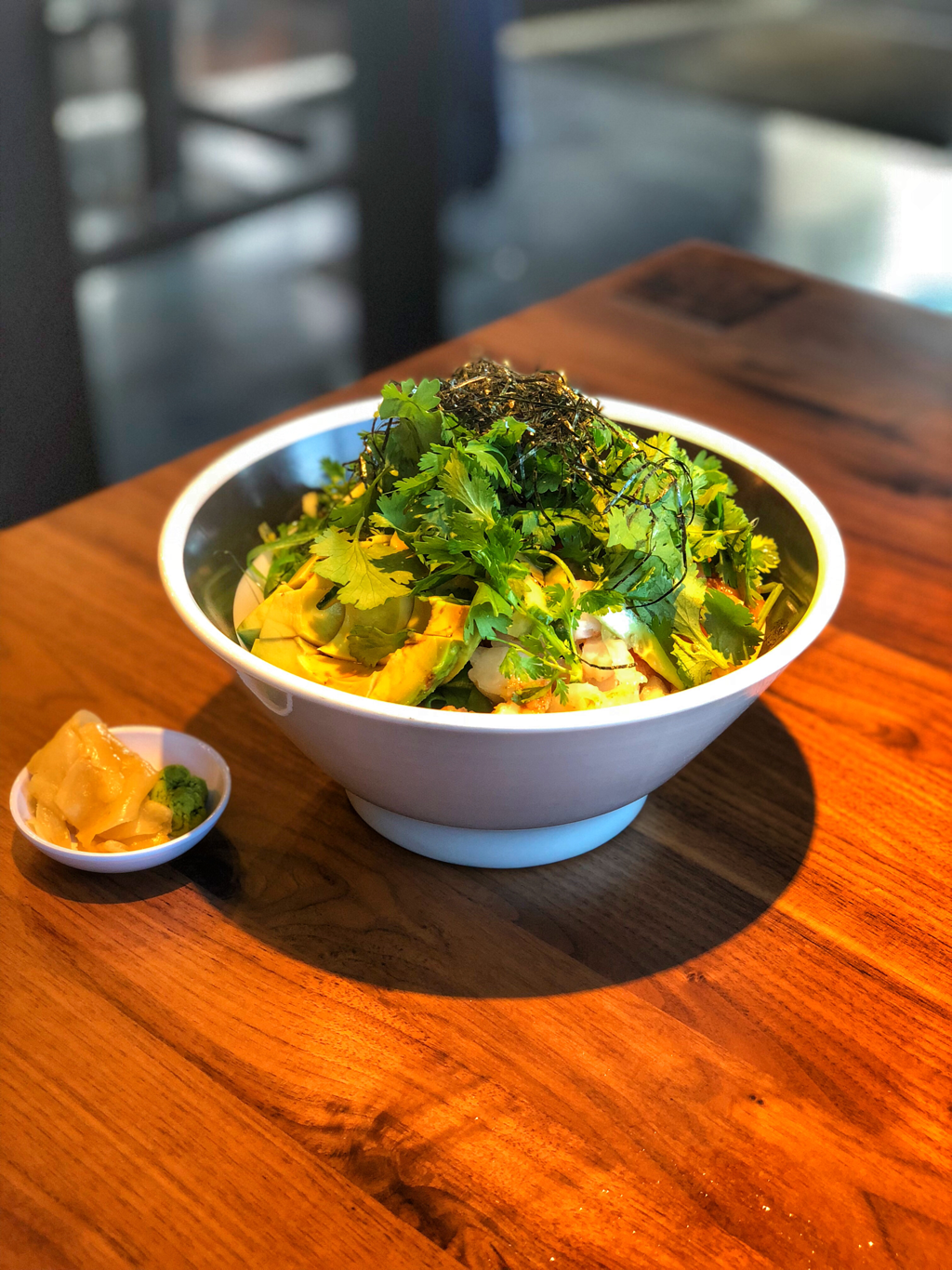 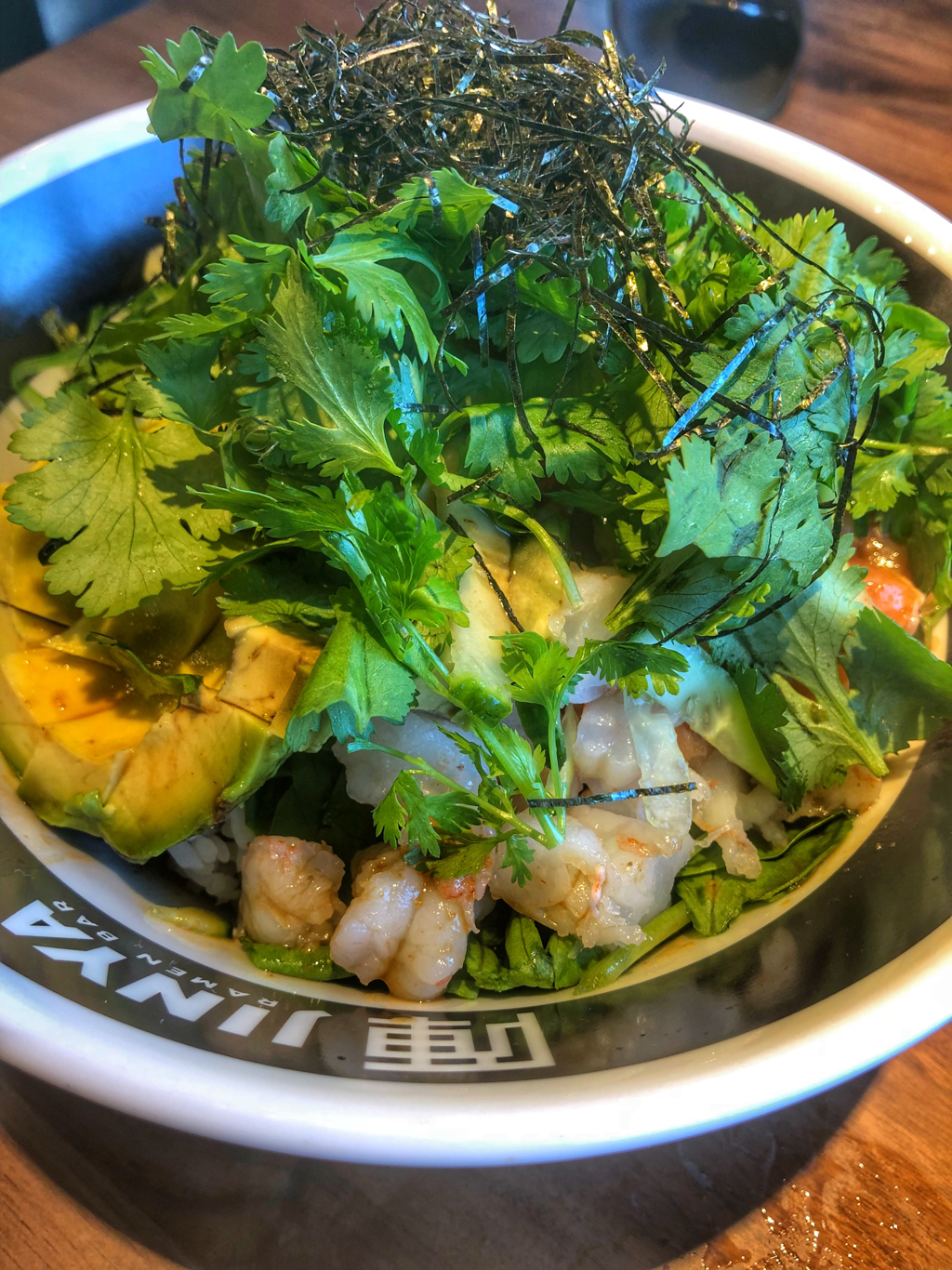 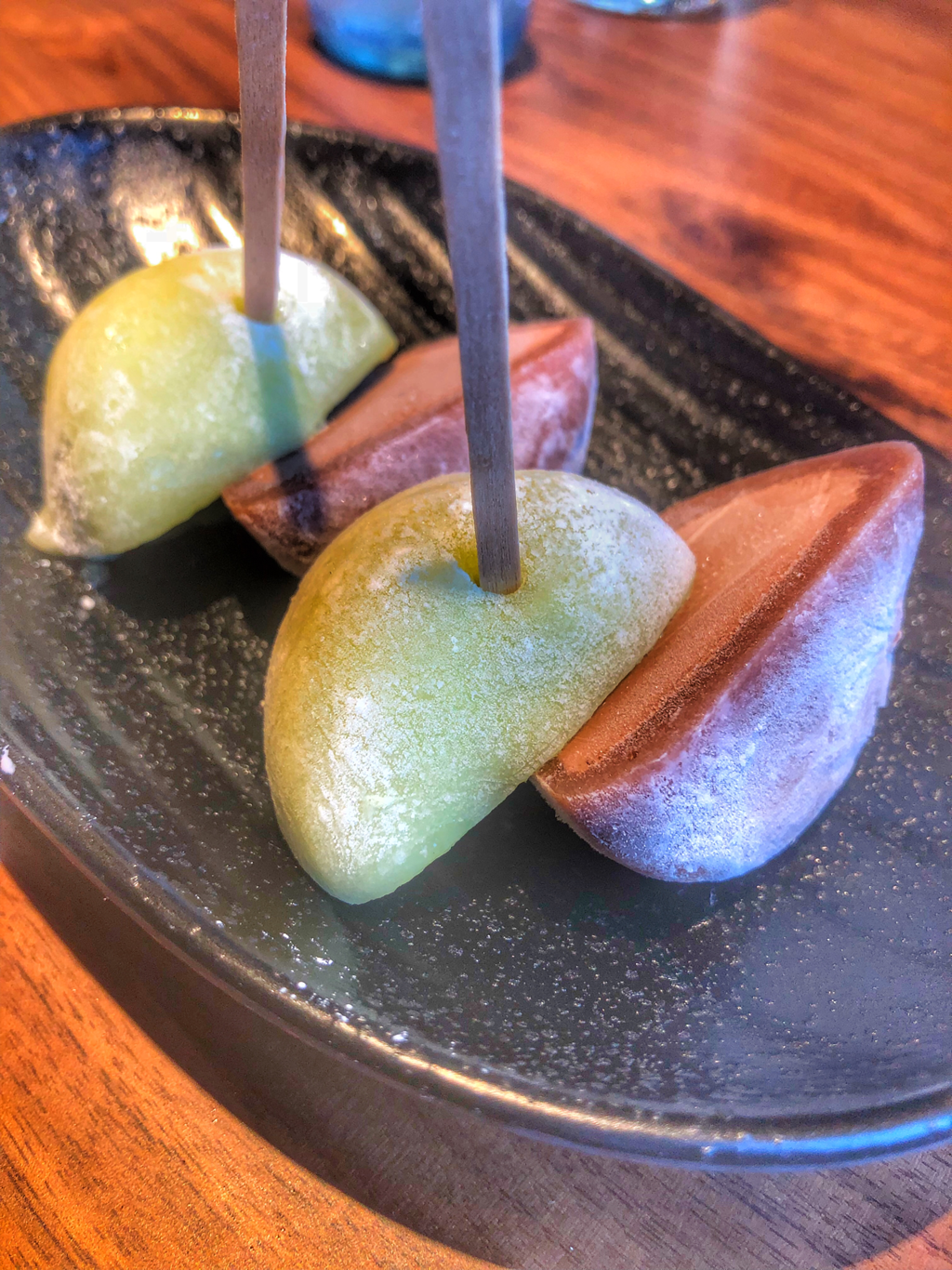 We finished off our meal with the Toki Highball. JINYA will soon have a Highball machine that will provide “super-carbonated” flavored draft water. The Toki Highball consists of the water mixed with Suntori Toki Whiskey. A great way to end an evening! 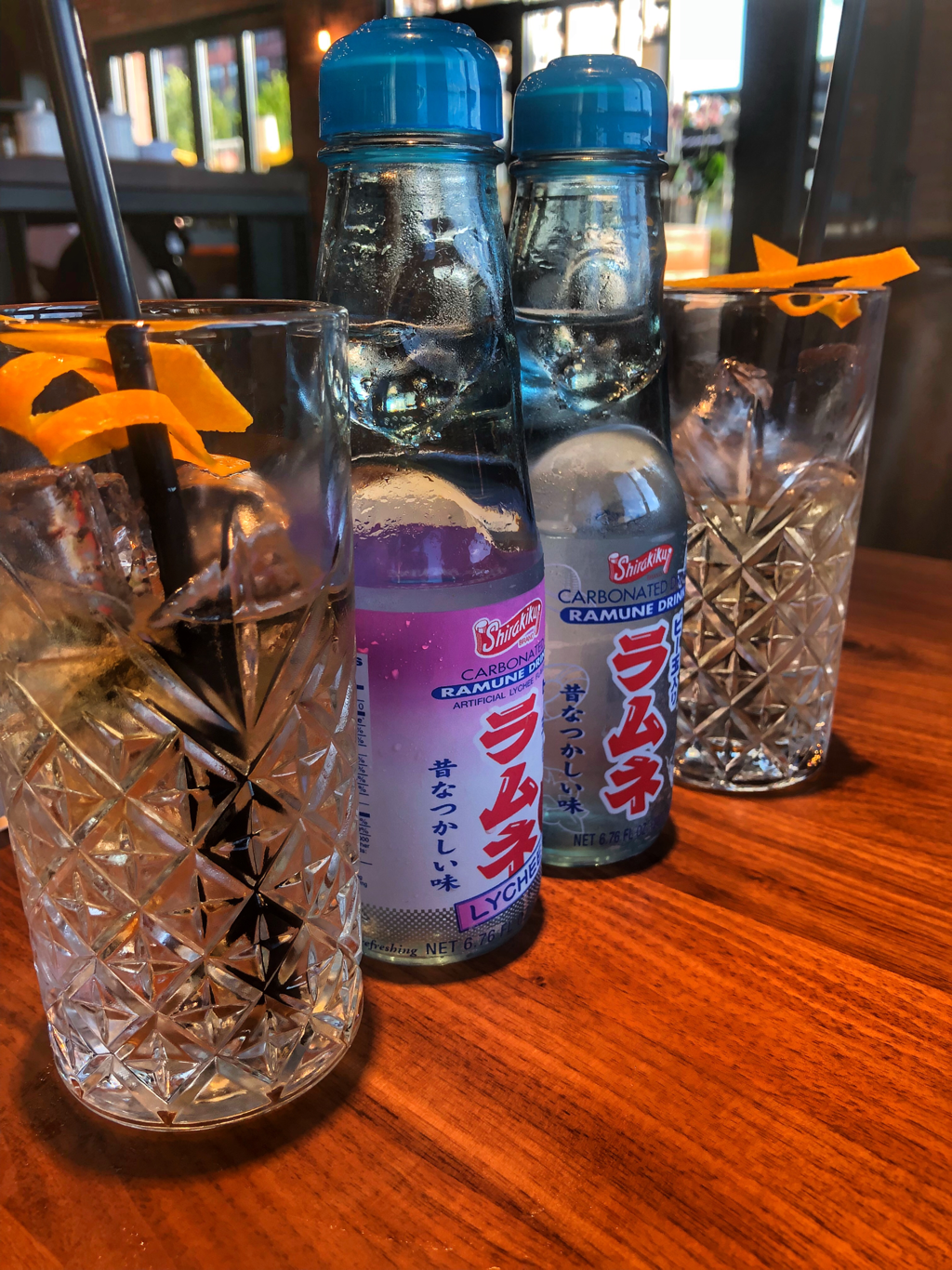 It was a little too warm to eat outside in the late afternoon/early evening, but their outdoor seating is going to be awesome based on what I saw. 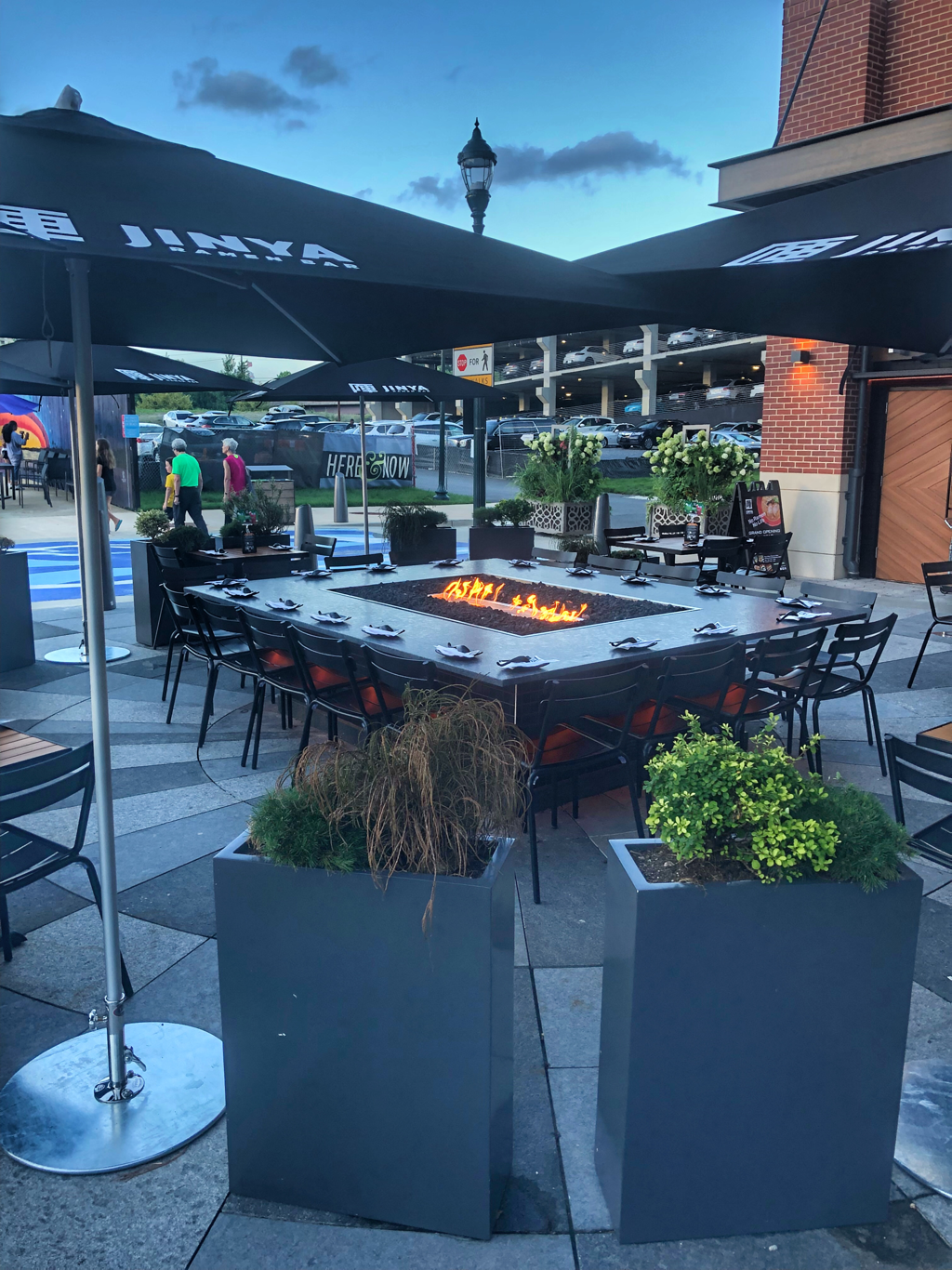 JINYA has a lot to offer. It’ll be a reasonably priced option with great food for anyone looking to eat at Pike & Rose.
SHARE TWEET PIN

Be the first to comment on "JINYA Ramen Bar"