Below is a list of several businesses that have recently opened and closed at Montgomery Mall in Bethesda, as well as others that are coming soon. 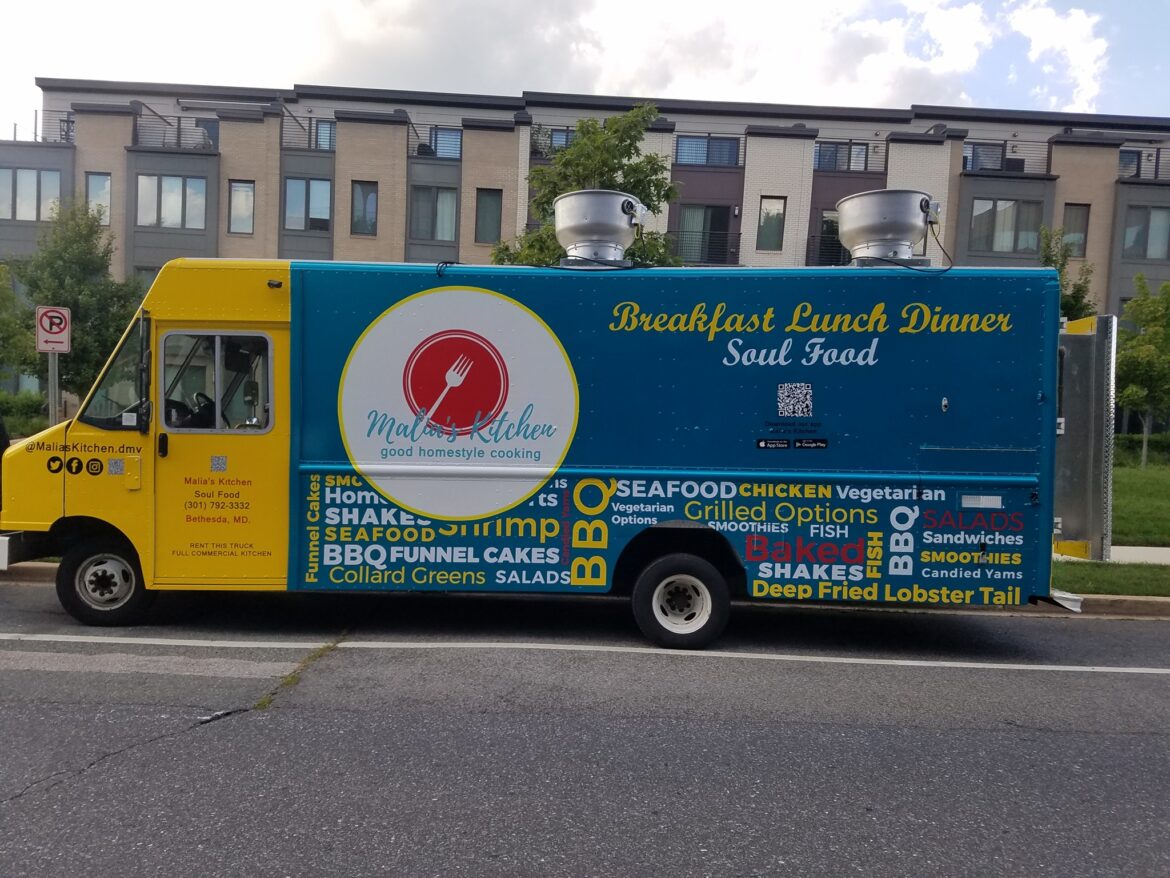 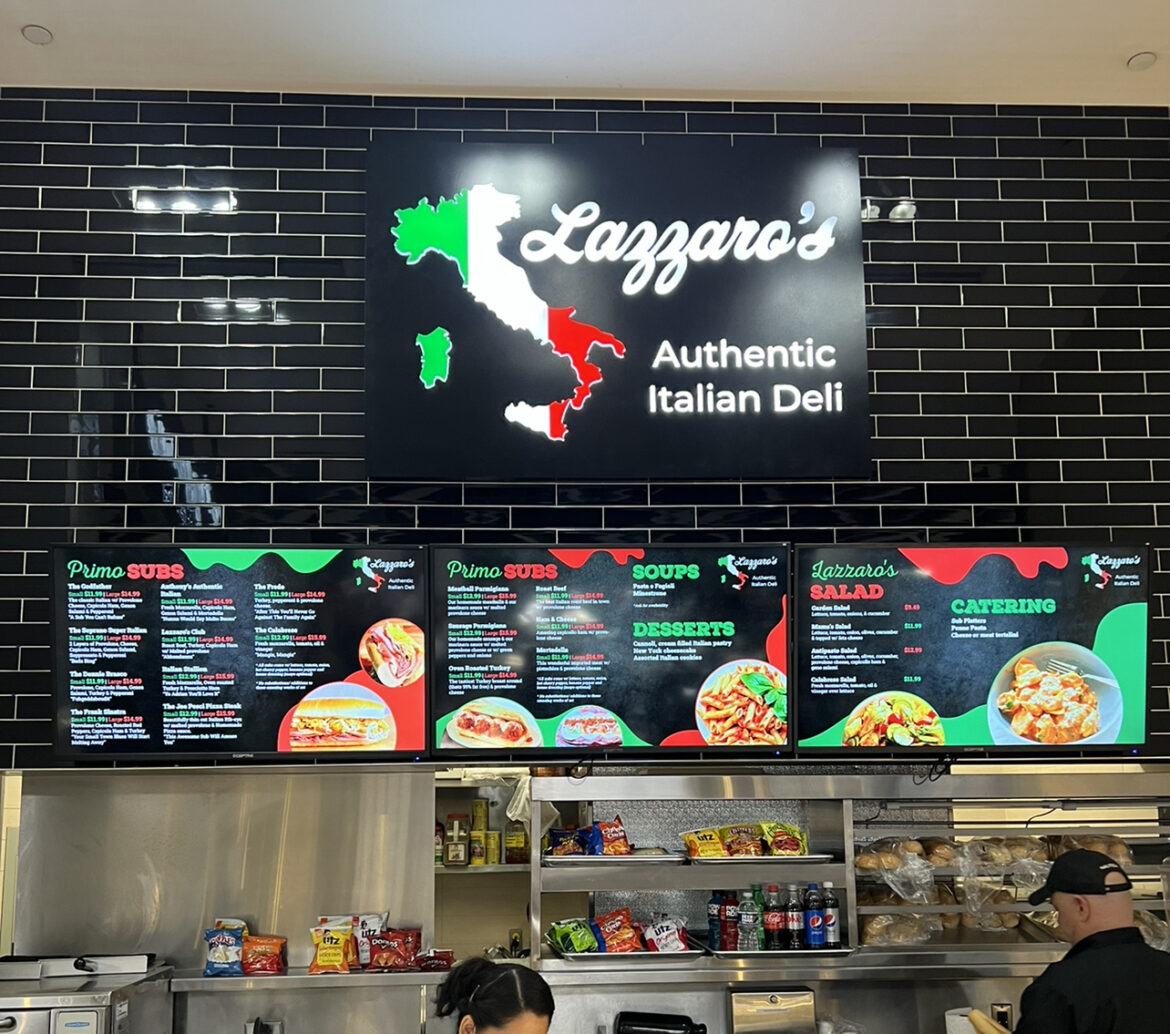 COMING SOON: Malia’s Kitchen / CLOSED: Lazzaro’s Authentic Italian Deli
Popular local food truck Malia’s Kitchen will be opening up inside the Montgomery Mall food court, taking over the space that was previously occupied by Lazzaro’s Authentic Italian Deli and Big Al’s Sub Shop. Malia’s Kitchen serves soul food and seafood, which they describe as the best “homemade” down home cooking in the DMV. Items on their menu includes crab cakes, fried chicken, fried fish, and BBQ.  No opening date has been announced.

Lazzaro’s confirmed its closing on Sunday morning when owner Larry Lazarro wrote the following in response to a post on the Support MoCo FB page: “Thank you for all you and everyone has done on this page. Business was great and so was the feedback. It was a personal family health matter. But this is not the end I’m looking to move into a brick/ mortar. This place fell into my lap. Goin into the mall was never my first choice. lol Thank you to everyone we’ll miss seeing your beautiful faces every day! We love you and appreciate what everyone has done for us in this group! And the family is doing fine now.” The restaurant featured imported cold cuts that are cut fresh daily, homemade meatballs, cannolis, and more. Owner Larry Lazzaro told us his family owned Lucia’s Deli on University Blvd in Wheaton back in the 80’s. The business was eventually sold and the company became what is now Mamma Lucia. 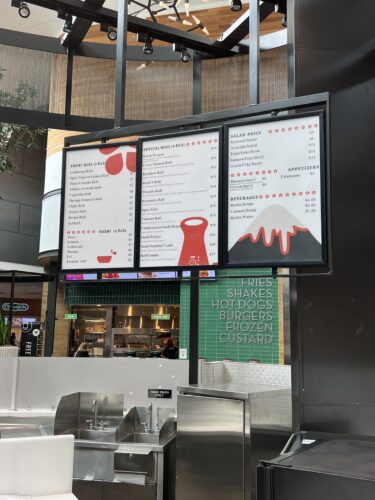 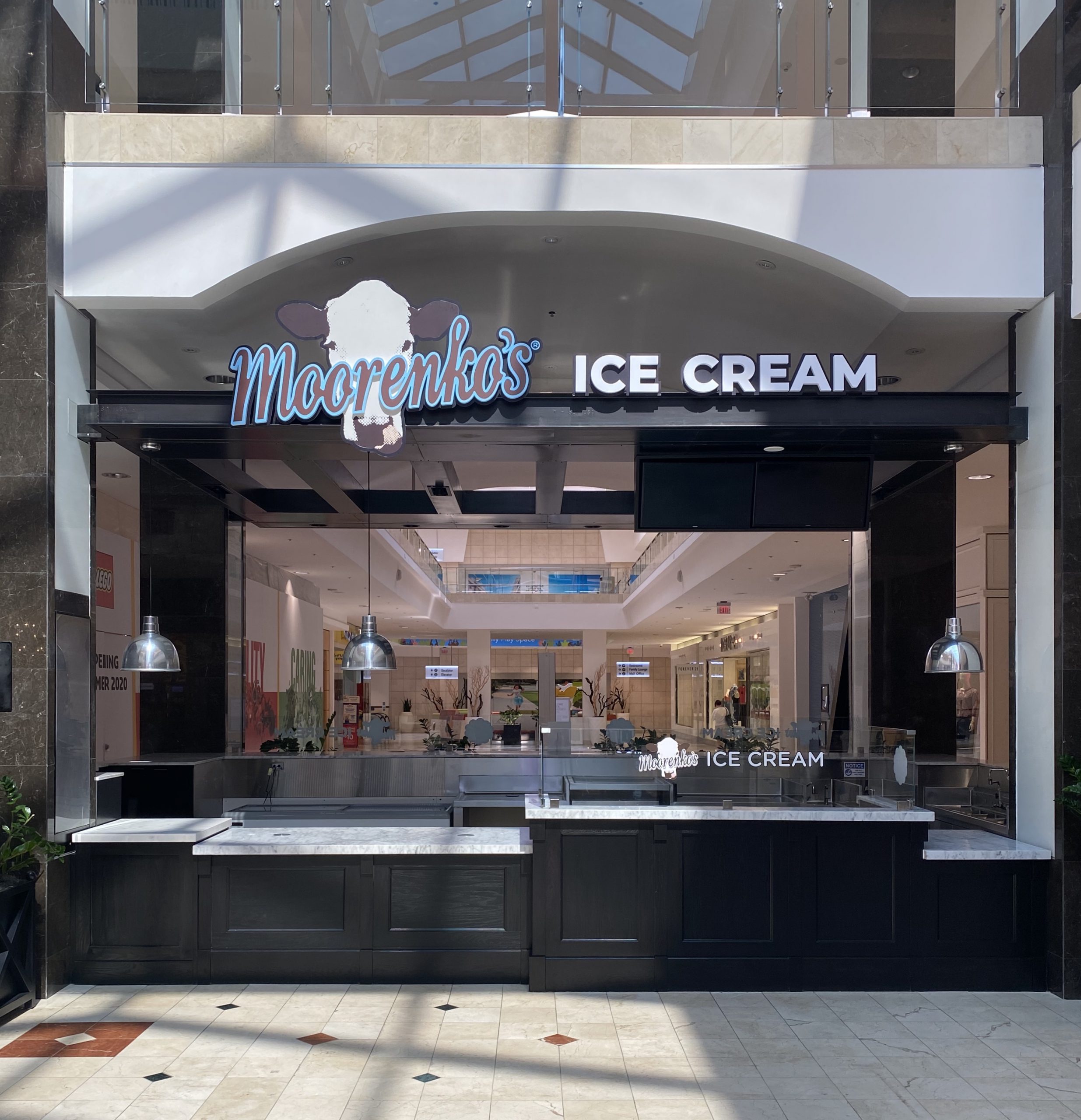 CLOSED: Moorenko’s
Moorenko’s in Montgomery Mall has closed. The ice cream shop, which opened in 2020, was located in a kiosk (previously home to Cookie Dough & Co.) on the lower level of the mall.  All signage and equipment has been removed.  Moorenko’s still has scoop shops in Silver Spring (8030 Georgia Ave) and Capital Hill, DC, and their ice cream is also served at Henry’s Sweet Retreat at 4823 St Elmo Ave in Bethesda. Ice cream flavors the company makes includes Bittersweet Chocolate, Blackberry Chocolate Chip, Cherry Stracciatella, Cinnamon Cappuccino, Cotton Candy Gummy Bear, Honey Lavender, and White Chocolate Mint.
About Moorenko’s:
“Our customers come into our scoop shops to get away from daily life for a moment of joy. That’s really what we’re about here at Moorenko’s”
“It all begins with an idea: quality ice cream than rivals anything ever made in the US or Europe – that is also better from a nutritional point of view. After studying under renowned ice cream experts in New York and a master gelato maker in Italy, Susan worked hard to perfect her own process and recipes before setting out to make ice cream on the highest possible level.” 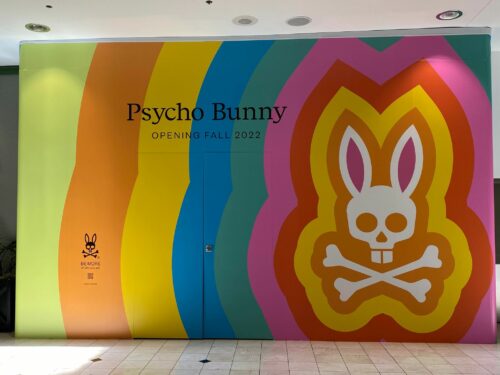 COMING SOON: New York men’s based fashion store Psycho Bunny, which specializes in polo shirts, will be opening on the bottom level of the mall this fall. From their website: “We could have done what everybody else was doing. But we didn’t. Instead we set out to make the perfect polo and the most luxurious tee you’d ever wear. And that’s exactly what we’ve done. Our Pima cotton is woven from longer, smoother fibres. This has a number of benefits, most important of which is that it gives the fabric an incredibly soft on-body feel. The longer fibres are more durable, too—less prone to warping and tearing, while retaining their colored dye considerably longer than traditional cotton.” 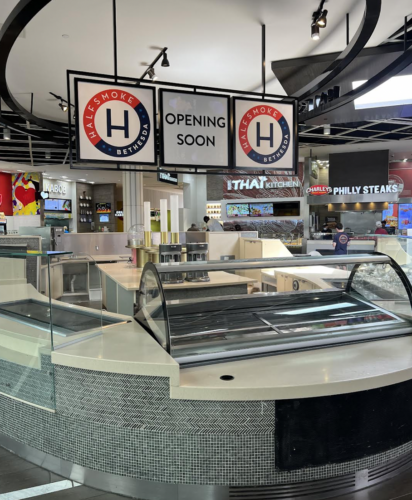 The menu consists of the best selling sausages and sides from their DC location, as well as boozy milkshakes and a funnel cake bar. HalfSmokes sister restaurant Butter Me Up opened its Montgomery Mall location last week. Butter Me Up is located in the old Aroma Espresso Bar location, which is downstairs near the Old Navy entrance and features “instagrammable” decor, will offer a menu that consists of a variety of breakfast sandwiches, toasts, sides, bowls, smoothies, and juices. 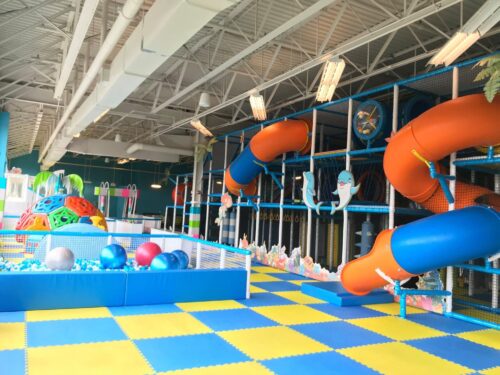 COMING SOON: Jolly Yolly Kids is coming to the lower level of Westfield Montgomery Mall, near Alex Baby & Toys, Frank Pepe’s and Cheesecake Factory. The 8,000+ square ft. indoor play space will have playgrounds, party rental space, and an art studio. Per Jolly Yolly: “Jolly Yolly Kids is an indoor play and learning center for children aged 13 and under. The center has a play area of approximately 8,500 square feet, equipped with a multilevel premium indoor play structure for children aged 13 and under, tot lots for children from 2 to 7 years old, baby area for children aged 2 and under, and party rooms. The primary services offered will be children open-play and birthday parties. And our mission is to create an unmatchable experience in a Bright, Safe, Clean, Fun and Friendly environment.”

This will be Jolly Yolly Kids 2nd location. The company opened its first location at 11001 Lee Highway in Fairfax, VA, in 2019. Jolly Yolly Kids is expected to open by the end of 2022, according to the report. Photo courtesy of Yolly Jolly Kids on Facebook. 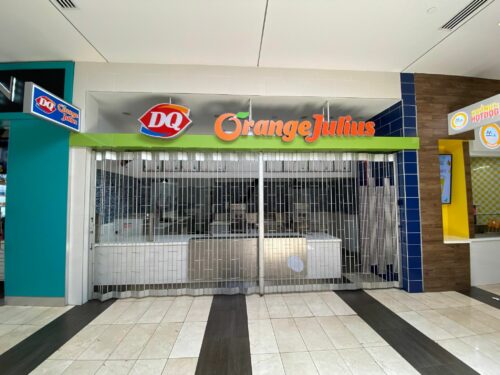 Several Gaithersburg Neighborhoods to Participate in National Night Out

Laperaux, a French Bistro, is Now Open in...

NSA Bethesda Participating in Training Exercises That Could...

Bed Bath & Beyond is Closing in Germantown

Uniqlo and Gold’s Gym Are Coming to Downtown...