A jury has found defendant, Joshua Toure, 26, of Boyds, guilty of first-degree felony murder, second-degree murder, robbery with a dangerous weapon and use of a firearm in the commission of a felony, for the death of 28-year-old Joseph Davis.

Toure faces life in prison plus an additional 20 years. The verdict came down late yesterday evening, and a sentencing hearing has not yet been scheduled.

This stems from an incident on December 22, 2019, in Silver Spring, MD. The defendant and victim met for the purpose of a marijuana transaction. A conflict ensued after Toure robbed the victim and Toure fired a total of six shots, hitting Davis three times.

There is police body camera footage from responding officers which shows the officers asking Davis who shot him as he receives medical care in the street, and he repeatedly replies, “It was Son Son.” “Son Son” is Toure’s nickname.

Below is a summary of the incident adapted from court proceedings:

On December 22, 2019, Montgomery County Police were called to the 2000 black of Tree Top Lane in Silver Spring at approximately 7:30 PM for a report of a shooting. Upon arrival officers found Joseph Davis lying in the middle of the road suffering from multiple gunshot wounds but conscious. One wound was to his thigh and was bleeding heavily, having struck Mr. Davis’s femoral artery.

Witnesses on the scene stated that Mr. Davis was hanging on to the hood of a black SUV prior to the shooting, yelling “stop” and demanding “my money back.” The SUV stopped and two people got out. One of them was identified as a tall, dark-skinned black male with short hair and a light beard. Gunshots were heard at that point. Both Mr. Davis and the black male then began struggling with one another, with Mr. Davis pulling on the other man’s jacket. The moved down the street where another series of shots rang out. The SUV sped away and the male ran away toward Featherwood Street.

While in the ambulance on the way to the hospital, Mr. Davis stated that it was “Son Son” that shot him and he lives in “Bel Pre.” Officers identified “Son Son” as Joshua Toure, who matches the description provided by the witnesses. Mr. Toure’s mother lives on Bel Pre road.

Mr. Davis’s phone was found and searched. He had exchanged text messages with a person listed in his contacts as “Son Son.” They were to meet so Mr. Davis could purchase CDS from “Son Son” at 2009 Tree Top Lane.

A witness identified as Elder Joseph was questioned. He first stated that he received a FaceTime call from Mr. Toure directing him to pick him up on Childress Ave. Mr. Joseph did so and dropped him off at his mother’s house on Bel Pre Road.

A search of Mr. Joseph’s phone revealed a text exchange between someone identifying themselves as “Sonny” and Mr. Joseph, where Sonny indicates he needs a ride from Featherwood Street due to a “real live emergency.” The exchange takes place at approximately 1:00 AM on December 23, 2019. Mr. Joseph admitted to picking up “Sonny,” who he identified as Joshua Toure, from Featherwood Street and taking him to Childress Ave.

Joshua Toure has several music videos posted to YouTube in which he refers to himself as “Son Son.”

On February 12, 2020, a lead investigator on the case, met with a confidential informant. The CI stated that he was present with others at the Childress Ave. address when Toure arrived and explained how he and another man, Damontae Garner, planned to rob Joseph Davis of cash when they met up to sell Davis marijuana. Toure stated that Davis jumped on the hood of the SUV they were in after the robbery demanding his money back. Toure also explained that he shot Davis and then ran toward Featherwood Street. Toure also stated that Garner, who was driving the SUV, sped away.

Also related to this case:

Photo of Joseph Toure below: 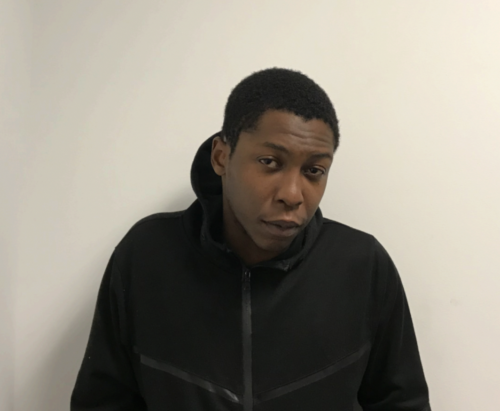