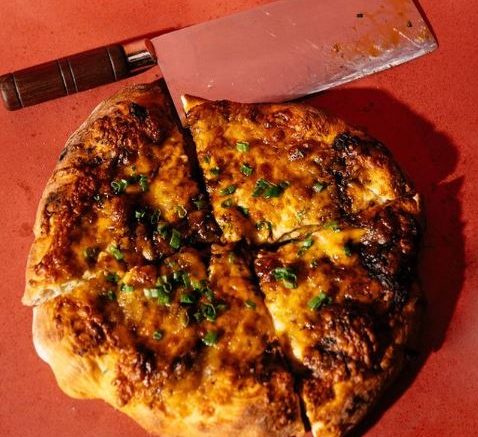 Lucky Cat Pizza Company, which describes itself as “Za’ with Asian Flair”, opened this past Monday inside of The Block Foodhall & Bar at 967 Rose Ave in North Bethesda.

They are an Asian American “pop-up” pizza company that a space with sister restaurant Bun’d Up.

“We wanted to spotlight flavors we love and introduce them to people who may be unfamiliar through the common medium of pizza. It gives us an excuse to eat pizza while being a bit of a cultural touchpoint.”

Bun’d Up, which opened in January, specializes in Taiwanese “gua bao” with a Korean twist. They feature handmade buns, local produce, and sustainably raised meat from Springfield Farm.

Gumbo Ya Ya to Open Rockville Location on November 1st

Fantasticks is Coming to Rio

Aldi is Coming to the Orchard Center on Cherry Hill Rd

Be the first to comment on "Lucky Cat Pizza Co. Now Open at The Block (Pike & Rose)"