Gaithersburg, MD – Officers from the Montgomery County Department of Police – 5thDistrict have arrested and charged 20-year-old Lawrence Harrison, of Clarksburg for possessing multiple firearms and tools to manufacture Privately Made Firearms as a prohibited and underage person.

On Wednesday, February 23, at approximately 7 p.m., an officer from the 5th District conducted a traffic stop on a vehicle in the area of Henderson Corner Road and Seneca Crossing Drive.

As officers approached the vehicle, they could smell the odor of marijuana emanating from the vehicle. Officers then made contact with the driver of the vehicle, Lawrence Harrison. Harrison was operating the vehicle on a suspended drivers license.

The officers then searched the vehicle and discovered a 9mm handgun, part of a 3D printed Privately Made Firearm (PMF), commonly referred to as a “Ghost Gun” and marijuana.

A search warrant was subsequently executed at Harrison’s residence. Additional firearms, firearm parts and tools used to manufacture PMFs were located inside the residence.

Harrison was placed under arrest and transported to the Central Processing Unit (CPU), where he was charged with multiple weapons offenses and traffic citations. 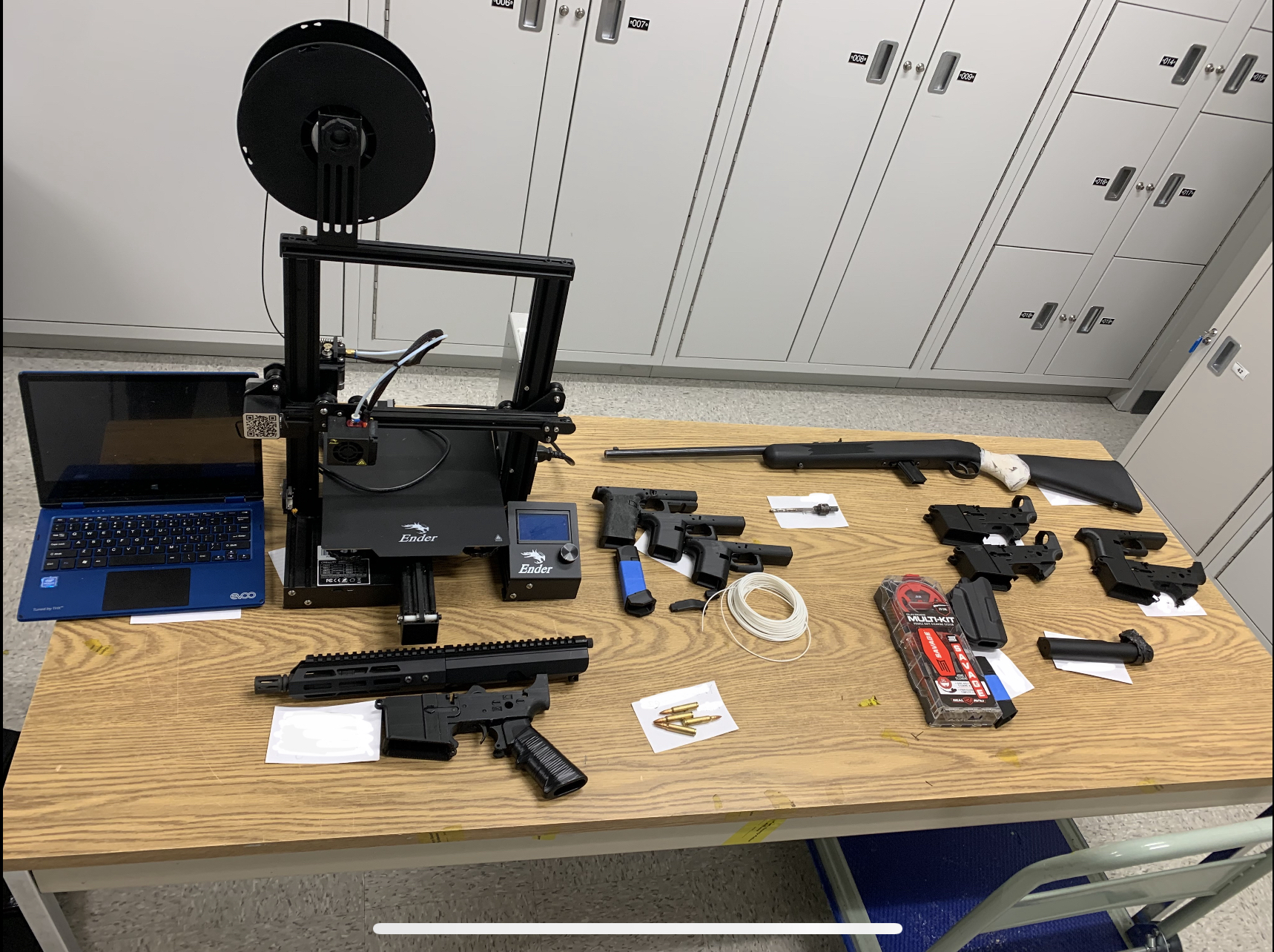