Man Convicted in Retrial of Killing His Girlfriend’s Husband

A woman and her boyfriend brutally killed her husband of 50 years in Takoma Park, MD in 2014.  They were both convicted of second-degree murder and sentenced to 30 years in prison in 2017, but the boyfriend’s conviction was reversed on appeal.

The State retried his case and on Thursday night– in the Circuit Court for Montgomery County, MD, before the honorable Judge David Boynton, a jury found Hussain Ali Zadeh guilty of second-degree murder for the death of Cecil Brown.

He faces a maximum of 30 years in prison. Sentencing is set for February 1st 2022.

Cecil Brown was murdered by his wife, Larlane Pannell Brown, and her boyfriend, the defendant, who were engaged in a hidden adulterous relationship.

The murder occurred on August 4, 2014, while Mr. Brown, 74 years of age, was in the backyard gathering tools to fix his wife’s truck. Mr. Brown was beaten to death and died of multiple blunt force trauma injuries.

The Takoma Park Police Department conducted an investigation that culminated in the arrest of Hussain Ali Zadeh and his accomplice on May 29, 2015. The defendant was a 48 year-old man at the time he committed this murder. He began a sexual relationship with his married accomplice, Mrs. Brown, that began in October 2013, and continued up to the date of the murder and through May 2015 when the defendant and Mrs. Brown were arrested.

On the day of the murder, Mr. Brown went to work in Jessup, Maryland, leaving the family home at approximately 6:00 a.m. At trial, an expert in cellular forensic technology testified that the cell site location information obtained from the defendant’s phone records was consistent with the defendant’s phone being present at the home Larlane Pannell Brown and her husband Cecil Brown shared, starting at 6:59 a.m., which was shortly after Mr. Brown left for work, and continuing until 11:51 a.m. During this time, Mrs. Brown received a call from the victim. Witnesses from Mr. Brown’s work testified at trial that the job was canceled that morning due to weather conditions and that Cecil Brown told people he was going home. The evidence at trial showed that Mr. Brown was beaten to death by the defendant, assisted by his wife.

Although both were convicted of murder, there can be no question that the defendant inflicted the most violent blows that ended Mr. Brown’s life. According to his MVA records, the defendant was 6’01” and 158 pounds in 2015.

The State presented photographs during the trial that showed the defendant to be physically fit. Mr. Brown, at the time of his death, was significantly shorter than his murderer at 5’8”, and he weighed 189 pounds. The defendant’s accomplice, Larlane Pannell Brown was in poor physical shape at the time of the murder and would not have had the strength to inflict the most violent blows unassisted. Dr. Dean, the medical examiner, testified to the injuries that led to Mr. Brown’s death. The evidence of injury observed to Mr. Brown’s body indicated that he was beaten to death by an individual wielding a weapon. She described that Mr. Brown’s skull was fractured from the multiple blows to his head. She concluded that his injuries required at least 4 to 5 strikes to his head, on different sides of the head. The brain itself was bruised, indicating the considerable force inflicted on Mr. Brown. Dr. Dean testified that those blows would have caused Mr. Brown to have experienced derangement and an inability to react.

Mr. Brown had no chance to fight back. Dr. Dean analogized Mr. Brown’s injuries to the type of injuries seen in car crashes. Dr. Dean described injuries to Mr. Brown’s neck area – including a fractured hyoid bone and hemorrhaging of the neck tissues. The blood spatter patterns at the scene of the murder were clearly consistent with many of the blows being inflicted while he was on the ground. There were multiple rib fractures on the left side of his body. His shoulder joint was fractured.

Ultimately, the mechanism of Cecil Brown’s death was a combination of each of the blows – over one dozen in total – that led to blood loss, decreased oxygen and inability to breathe which finally led to his heart stopping. This murder was prolonged, painful, and brutal. The last moments of Mr. Brown’s life were spent in excruciating pain. This was a heinous and violent murder as demonstrated by the autopsy findings. The brutal nature of this murder was also demonstrated through the series of photographs introduced at trial that show Mr. Brown lying a puddle of his own blood and his blood spattered on the shed, fence, and automobiles surrounding his murder scene.

Within an hour of killing Mr. Brown, the defendant clocked into Enterprise in order to establish an alibi. There was testimony at trial that the defendant went to lengths to conceal his vehicle from police the day of the murder and afterwards.

On August 4, 2014, when interviewed by investigators, the defendant refused to show them both of his phones and engaged in a series of lies about his relationship with his accomplice in an effort to deflect suspicion from himself. In the days after the murder, the defendant kept in contact with his accomplice and girlfriend. Ultimately, in the months after the murder, they moved into an apartment together, paid for by Mrs. Brown.

Featured photo shows the back yard where the murder occurred.

In the photo below, Mr. Cecil Brown 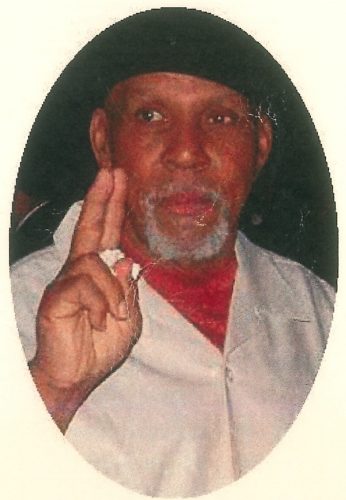 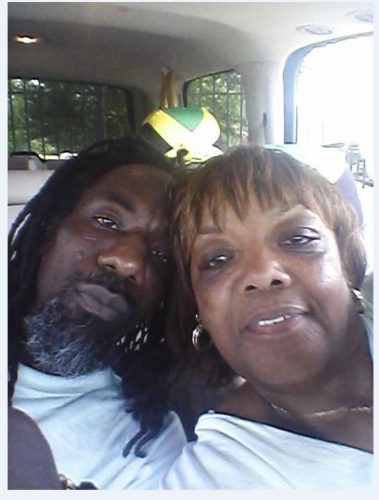 Arrest Made for Burglary/Stolen Cars in Takoma Park