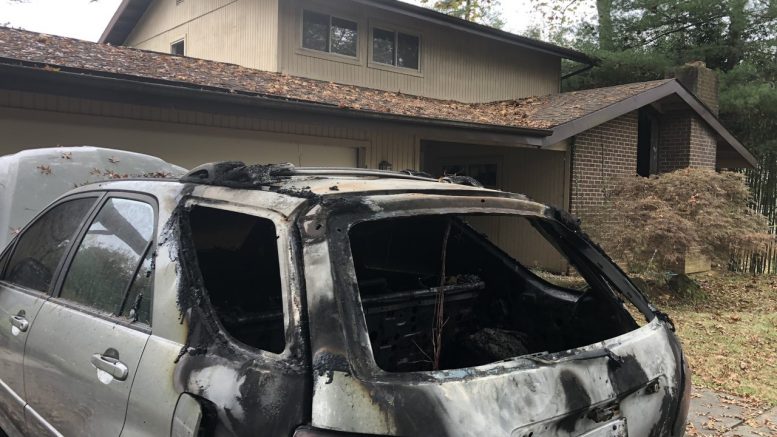 On Monday in the Circuit Court for Montgomery County, John Joseph Odonnell, 35 of Bensalem, PA, was sentenced to 30 years in prison, all but 12 suspended, for setting fire to a home along Korman Drive in Potomac on October 26, 2020.

According to a release from the Montgomery County State’s Attorney’s Office, Odonnell pleaded guilty to first-degree arson and home invasion following a fire he set at the home of a woman who was a stranger to him.  Odonnell admitted to authorities that he was under a drug induced psychosis at the time he started the fire.

“The defendant’s actions put the life of an innocent woman at risk and displaced her from her home for 10 months. We commend Assistant State’s Attorney Hannah Gleason for her work in exposing the threat that John Odonnell poses to the community and thank Judge Fogleman for imposing a 12-year prison sentence in this matter,” said State’s Attorney John McCarthy.

The victim initially called 911 that evening stating she heard sounds of someone trying to break into her home. Shortly after, the victim smelled smoke and told the operator that she was able to see flames outside of her home. When MCP arrived they found a vehicle on fire in the driveway and the glass basement door broken out.  Due to the flames and smoke, a ladder was used to rescue the victim from
the 2nd floor of the home and she was then taken to the hospital by ambulance.

The evening prior, the rear window of the victim’s car was broken. The victim reported the incident to MCPD following morning.

An origin and cause examination revealed that fires were started in the kitchen and in the living room. A red 5-gallon gasoline container was found in front of the house by MCFRS.

At the scene, investigators found an envelope from the Philadelphia Parking Authority for a John Joeseph Odonnell which included his vehicle information. The same vehicle, a white Dodge Durango, was also seen leaving the scene of the fire at a high rate of speed shortly before police arrived.  Odonnell was stopped on NB95 in Baltimore County by Maryland State Police for exceeding the posted speed limit the next day. Odonnell was arrested at his home in Bensalem, PA on October 28, 2020 and admitted to starting the fire in Potomac.

Update: MCFRS Respond to Fire on Warner St in Kensington

Be the first to comment on "Pennsylvania Man Sentenced For October, 2020 Arson and Home Invasion in Potomac"