Today in the Circuit Court for Montgomery County, Judge John Maloney sentenced defendant, Jhasir Devaux, to ten years in prison after a jury convicted defendant, Jhasir Devaux, 25, of Baltimore, MD, on one count of robbery on October 26th. This stems from the robbery of the Sandy Spring Bank located at 14241 Layhill Road in Silver Spring on Aug. 7th, 2019.  The defendant wore a construction vest and hospital mask (this was prior to the pandemic) when he entered the bank and passed the teller a note demanding money. Devaux made off with approximately $4,780.

The following is a summary of events: On 8-7-2019 at approximately 12:59pm, police were dispatched to a bank robbery that just occurred at the Sandy Spring Bank located at 14241 Layhill Road Silver Spring, Montgomery County, Maryland, 20906. Police Interviewed the victim bank teller. The victim stated that at 1255 hours the suspect, described as: a black male, approximately 6’3″ tall, weighing approximately 2251bs, wearing a dark blue long sleeve hooded sweatshirt, orange construction vest, yellow construction hard hat, black sunglasses, white hospital mask, blue gloves and maroon pants, entered the bank and approached her teller window, the suspect handed her a folded piece of paper and advised that his account number was on the paper and he wanted to withdraw his money from the account. She opened the piece of paper and observed It to be a note stating to give him all the money and not include any dye packs. The victim gave the suspect approximately $4,780 in US Currency from her cash drawer and observed the suspect run out the front door of the bank.

A witness employee at the bank stated the suspect ran towards Catoctin Drive and that this same bank was robbed in 2016 by a suspect that matched the same physical description. This person was also a witness to the 2016 bank robbery. Multiple K-9 units responded, and a track was initiated which led to the area of Catoctin Drive where the track was then lost. The investigation revealed Jhasir Mrquis Devaux robbed the same bank on April 9, 2016. During this robbery Devaux passed a note and robbed the bank and was arrested and charged with the bank robbery as well as a carjacking. Devaux pleaded guilty to the bank robbery and carjacking and served jail time.

Devaux has previously lived on Catamount Court, Silver Spring MD where his grandmother currently resides. Catoctin Drive and Catamount Court intersect with each other. This is also the area were K-9 track ended and the employee witness last saw the suspect running towards after the robbery on August 7, 2019. Devaux matched the physical description of the bank robber. On August 9, 2019, Detectives interviewed his grandmother and she advised she had last seen him at her residence in late July into early August 2019 and he spent two nights at her residence. She also provided the cellular number 443-xxx-xxxx and stated she had spoken to him on that number as recently as August 5, 2019.

Police obtained a search warrant for the call detail records and cell tower history of cellular number 443-xxx-xxxx currently used by Devaux. Verizon provided the call detail records and cell tower history which indicate that cellular number was being used on or near the Sandy Spring bank during the time of bank robbery. The robbery note that was passed by the suspect in the bank robbery was collected and processed by a Montgomery County Forensic technician and submitted to the RAFIS for examination. The known latent fingerprint of Jhasir Devaux was identified on the robbery note used in the bank robbery. 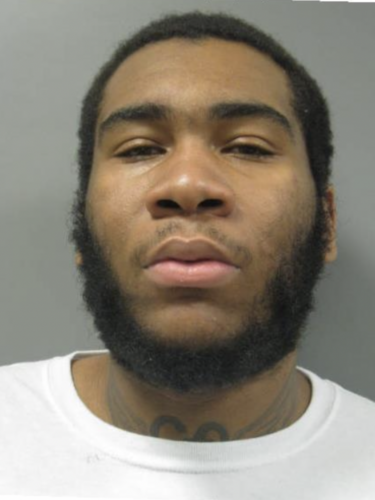 Second Suspect, 14-Years-Old, Arrested For Attempted Armed Robbery of Commanders Running Back Brian Robinson, Which Led to Robinson Being Shot Twice in the Leg in August

From the State’s Attorney Office: January is National...