The Maryland Department of Health today recorded 2,765 new cases from 30,696 tests. Statewide, there were also 30 new deaths and 56 new hospitalizations.

Maryland Governor Larry Hogan will hold a press conference at 4pm today to provide an update on the state’s response to the COVID surge. 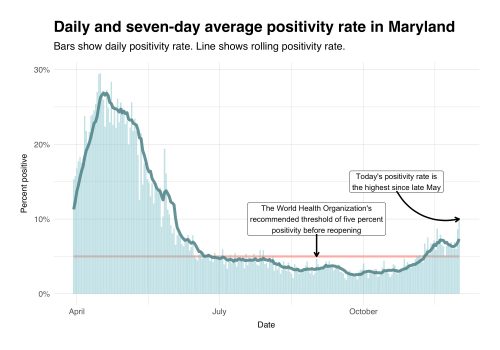 A Documentary Detailing the Launch of the PLL,...

“Late Bloomer” Cicadas May Make An Appearance This...

Additional Details on This Year’s Pride in the...