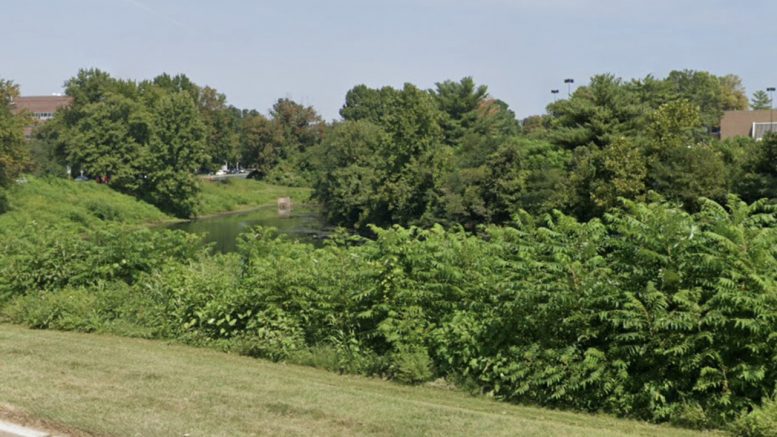 Update from Montgomery County Police: 911 received call for an attempted armed robbery w/knife of person at approx. 4:56 am. Suspect attempted to hide in retention pond by mall. Suspect in custody. No injuries to victim.

MCFRS Units Rescue Person of Interest From Pond Near Lakeforest

A person of interest was attempting to flee police after an altercation with a pedestrian in Gaithersburg around 5:30am this morning. The person later had to be rescued from a drainage pond.

The situation took place on Lakeforest Boulevard in the area of Russell and N. Frederick Avenues, near the mall, according to MCFRS PIO Pete Piringer.

During the attempt to flee the person of interest tried to run through the pond, but ultimately got stuck. MCFRS was able to rescue the person from the pond and that person is now in Gaithersburg Police custody. A ladder with a bucket on the end was used for aerial observation and no boats were deployed for the rescue.