A 22-year-old man was arrested on December 11th in Rockville and charged with DUI after crashing through a fence and ending up on the Metro’s tracks. 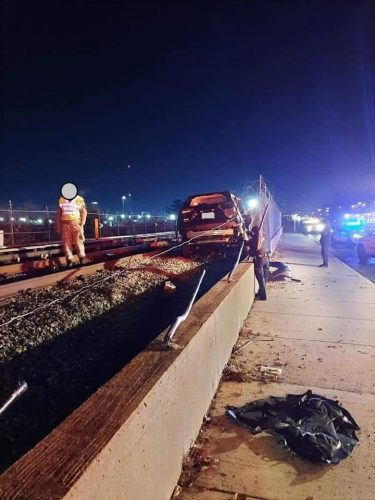 Below is the most recent press release from the Montgomery County Police Department regarding recent DUI arrests, as well as the December 11th incident:

During the past four weeks of enforcement:

Details of one collision involving driver who was DUI:

On December 11 at approximately 1:05 am, a task force officer observed a Toyota Rav4 travelling at a high rate of speed on southbound Hungerford Drive in the area of North Campus Drive in Rockville.  The officer observed the vehicle hit the concrete median and then hit the curb in the northbound lanes of traffic.  The vehicle then struck the fence to the Metro tracks and travelled approximately 100 feet before coming to rest on the tracks. The 22-year-old male driver was taken into custody and charged with DUI and traffic offenses.