MCPD Responds to Report of Shooting in Germantown Saturday Night; Weapon Revealed to be Pellet Gun

The preliminary investigation has determined that a male victim was grazed on the leg by a projectile from a pellet gun. The victim was transported to an area hospital with minor injuries. The suspect(s) have not been apprehended.” 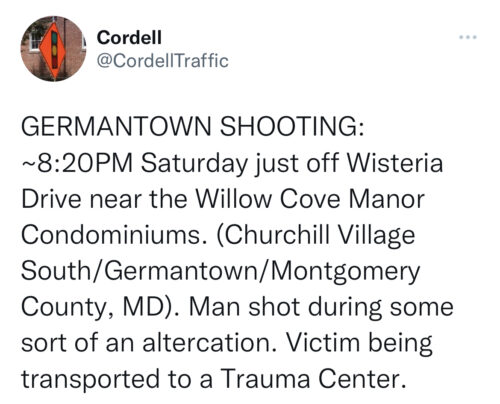