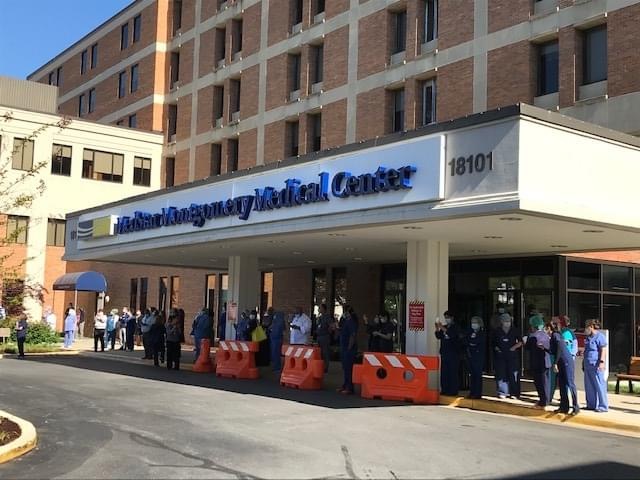 UPDATED to include Medstar’s dispute of the HHS data.

According to newly released data, about 90 percent of the Medstar Montgomery Medical Center’s adult in-patient beds and 95 percent of their ICU beds were in use last week.

According to Montgomery County’s data dashboard, 82.4 percent of county-wide hospital beds were occupied on Dec. 3, a record high during the pandemic.

Medstar has reached out to us to dispute the HHS data and is working on providing us with accurate numbers.

Half of MoCo Residents Have Now Taken a Covid Test