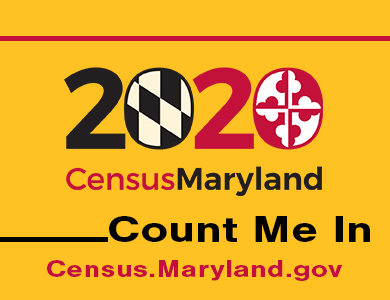 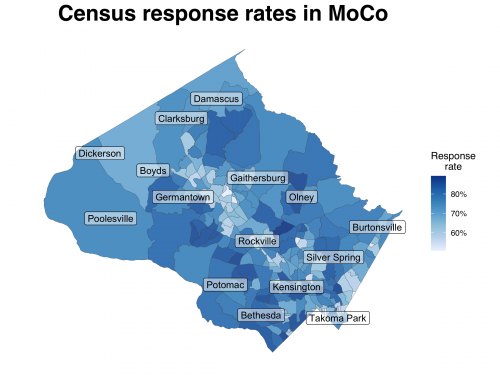 Only 72.2 percent of MoCo residents have completed the Census, compared to 76.1 percent in 2010, according to the Census Bureau’s self-response rate data. MoCo is fifth in the state, behind Carroll, Howard, Harford, and Frederick counties. In 2010, MoCo came fourth in Maryland.
The Census has ten questions and takes about ten minutes to complete online. You can also complete the Census by phone or mail. Forms are available in 13 languages, and guides are available in 59. Every person living in the United States should complete the Census, including native-born Americans, naturalized citizens, visa holders, undocumented immigrants, and more.
Visit www.census.gov for more information and to complete the Census.
The government uses the Census to distribute resources, including:
* Schools
* Healthcare
* Infrastructure
* Employment programs
* Monetary relief
* Congressional representation and Maryland’s votes in the Electoral College
* Local representation in the Maryland State House
The map shows Census completion in MoCo’s census tracts, which are usually more precise than zip codes. According to the map, more affluent and densely populated areas, such as Chevy Chase and Rockville, have higher completion rates than East-MoCo and Upcounty.
By Prayag Gordy
SHARE TWEET PIN

September 30th is Census Response Deadline – How Does MoCo Rank in Response Rate?