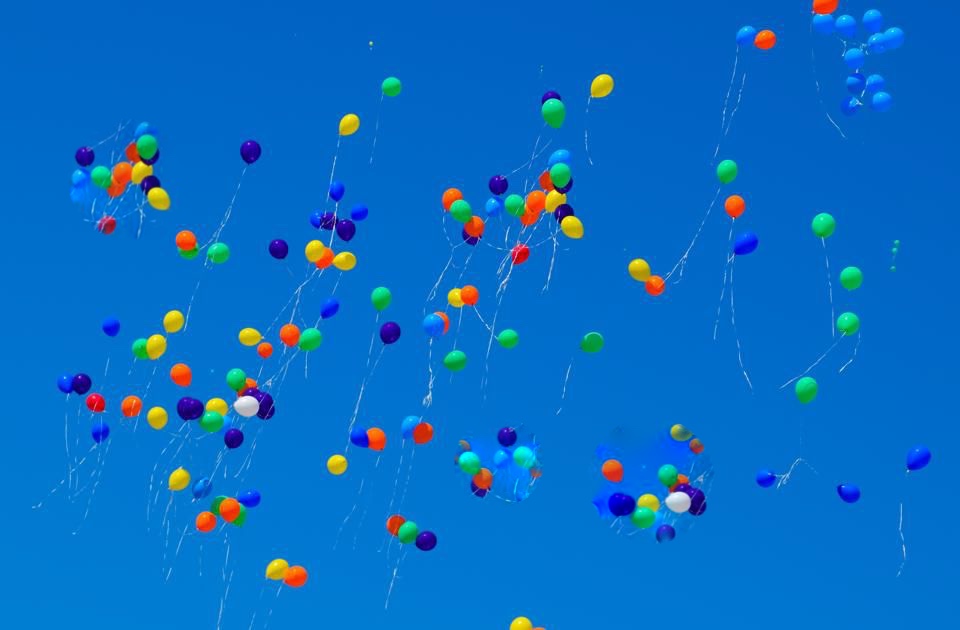 Balloons released into the air can travel hundreds of miles before falling to earth, where they can be ingested and kill sea turtles, marine birds and land animals.

“Other jurisdictions, including Queen Anne’s County and Ocean City in Maryland, have already banned the outdoor release of these balloons,” said Council Vice President Hucker. “It’s time for Montgomery County to step up and do its part to protect vulnerable wildlife in Maryland and beyond.”

Many animals, including sea turtles, mistake burst and deflated balloons for prey and ingest them. The balloons can block their intestinal tract, resulting in starvation and death. Sometimes, animals become entangled in the ribbons attached to the balloons, incapacitating them and leading to death.

Bill 6-20 authorizes civil penalties of $500 for first offenses and $750 for subsequent offenses.

The Council approved Bill 6-20 with amendments recommended by the Transportation and Environment Committee, which is chaired by Council Vice President Hucker. These included an amendment to make the ban on the intentional release of a balloon apply to County agencies in addition to other persons and organizations; an amendment clarifying that the bill applies when a person intentionally releases a balloon while in the County, not outside of the County; and an amendment clarifying that the owner of private property from which a balloon is released is responsible for the release, when an enforcement officer cannot determine the specific person who released the balloon.

The bill has received the support of numerous environmental and animal protection organizations, including the Sierra Club, the Rock Creek Conservancy, the Humane Society of the United States, the Audubon Naturalist Society (ANS), Neighbors of Northwest Branch, Trash Free Maryland, the Surfrider Foundation, the Animal Welfare Institute and Oceana.

“ANS supports the balloon ban bill because when balloons are released into the air, they harm our wildlife both locally and worldwide,” said Denisse Guitarra, Maryland conservation advocate with the Audubon Naturalist Society. “They are especially dangerous to sea turtles and other marine animals, as a broken-down balloon can look just like jellyfish or squid — their favorite food.”

“I’m grateful for the support of our wonderful community partners who have worked with us to craft this important legislation,” Vice President Hucker said. “The passage of this legislation represents a tangible and positive impact in the mission to protect our precious natural resources.”