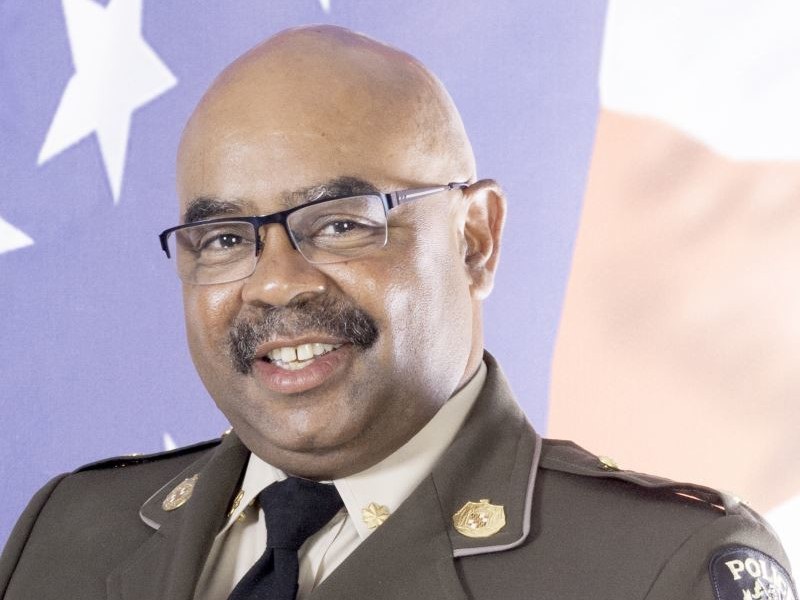 Montgomery County Executive Marc Elrich announced today that he intends to nominate Acting Police Chief Marcus Jones to serve as the new police chief for Montgomery County. Jones, who has been with the Montgomery County Police Department for 34 years, has served as the acting police chief since June.“This is a critical nomination that I take very seriously,” said County Executive Elrich. “For the last five months, we have conducted the most open and inclusive police chief search in the County’s history. I have heard from residents, community-based organizations, labor leaders, religious leaders and County Council members, who have clearly stated what they want to see in their police chief. They don’t want the status quo. They want to see changes that will make a good department even better and rebuild trust that has been shaken by some recent interactions between officers and members of the public. I felt that it was important to look outside the department for new leadership. However, Marcus and I have discussed my expectations and I am confident that he shares my vision and will carry out the changes I want to see.”Acting Chief Jones said he is ready to take on the challenge. “I am deeply appreciative of County Executive Elrich asking me to serve as the Chief of Police for Montgomery County,” Jones said. “It is an honor. Throughout this process, the County Executive has made it very clear that he wants to see a change in the culture of this department. I am committed to fulfilling his vision and will work diligently to strengthen the relationship between the Montgomery County Police Department and all the communities we serve and protect.”Prior to taking over as acting police chief, Jones served as the assistant chief of the Investigative Services Bureau. He also served as the commander of the 3rd District, Director of Major Crimes, Drug Enforcement Commander and created an award-winning Diversity Training program for the department. He is on the board of the Governor’s Prescription Drug Monitoring Program, the Montgomery County Domestic Violence Coordinating Council and the Maryland Violence Intervention and Prevention Advisory Council. Acting Chief Jones is an adjunct instructor for the Leadership in Police Organizations three-week training course sponsored by the International Association Chiefs of Police. He is a former chairman of the National Black Police Association and served on the Board of Directors for the National Law Enforcement Memorial Fund and the Task Force on Mentoring in Montgomery County. He holds a Bachelor of Science Degree in Business Administration from the University of Maryland University College, is a graduate of the FBI National Academy and is currently enrolled in the National Executive Institute.The County Executive will formally submit Acting Chief Jones’ name to the County Council as his nominee for Chief of Police. If approved, Jones will become Montgomery County’s 17th police chief and the third African American to hold the position.