As of now, not much is expected for Montgomery County, with the threat of ice accumulation staying north for the most part. As you can see in the map below, some of the yellow goes into MoCo with Damascus possible having to deal with very light ice (one hundredth of an inch). 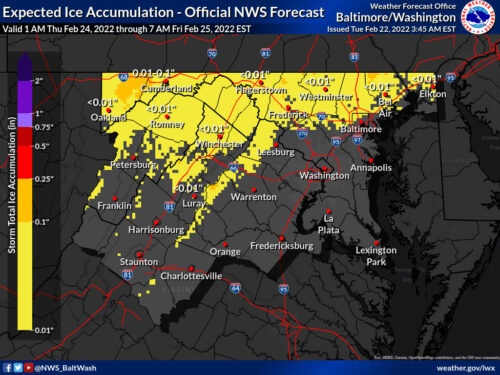 Forecaster’s Discussion from the National Weather Service can be seen below:

Weather dropping 50degrees from 72 to 22(below freezing).
I want a big snowstorm in March. 1 foot of snow would be nice.