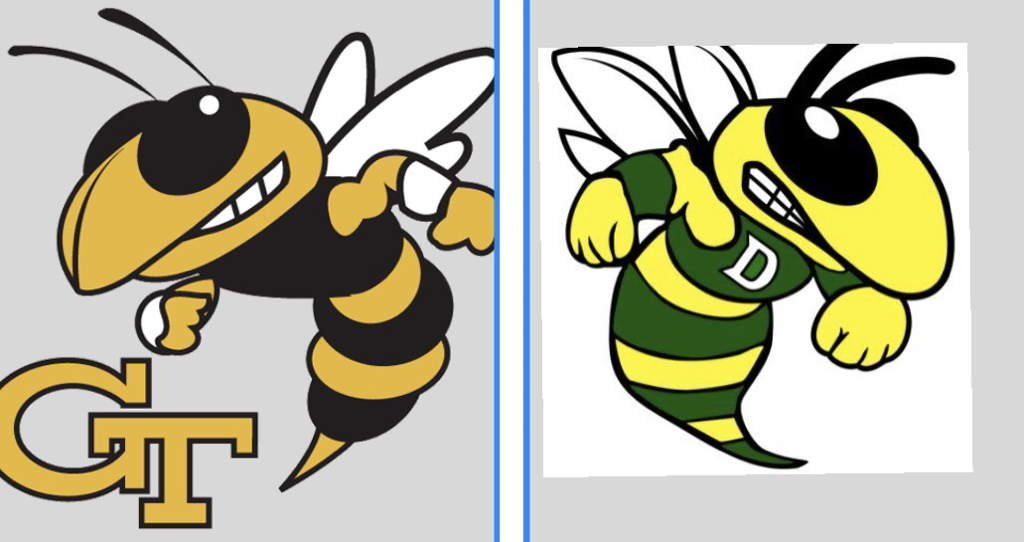 '
I decided to take a look at some MoCo logos and the professional or college logos that inspired them.

I know some of these logos aren’t the main logos the schools use (some may even be older) and I’m sure I missed a couple logos that are based on other ones, but I’ve put a few of these side by side for you to see. It is possible some of these just happen to look somewhat similar.

Let’s start with the Damascus Hornet logo that recently made local news when Georgia Tech wouldn’t allow the town to put the logo on their water tower.

The Wootton Patriots have used a couple versions of the New England Patriots logos. Here’s one based on the vintage logo used by the NFL’s Patriots. 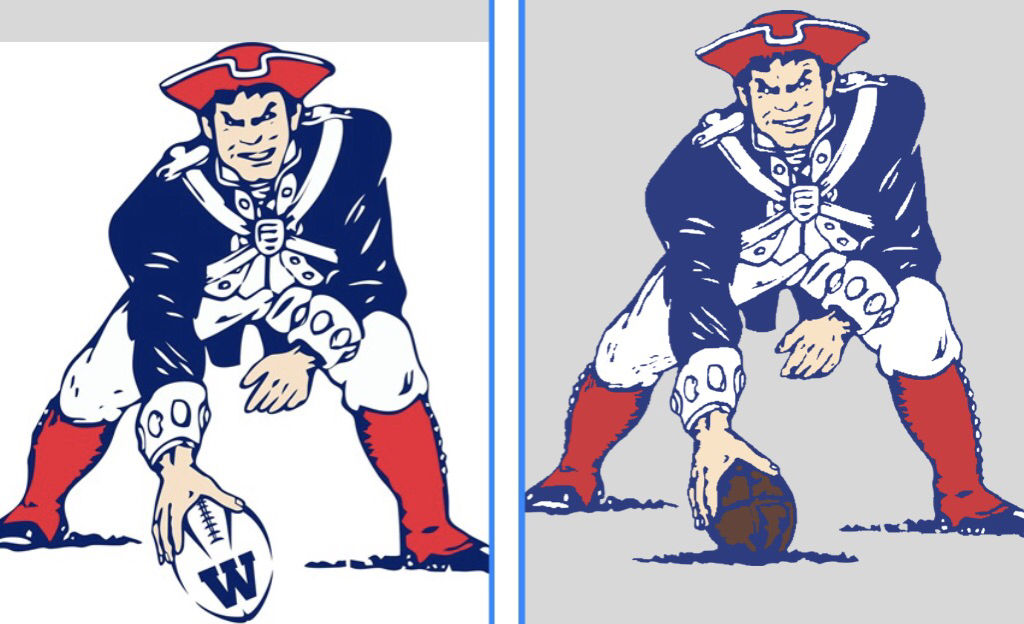 One of the logos for the Kennedy Cavaliers is almost the exact same as a Cleveland Cavaliers logo except for the color scheme and basketball in the background. 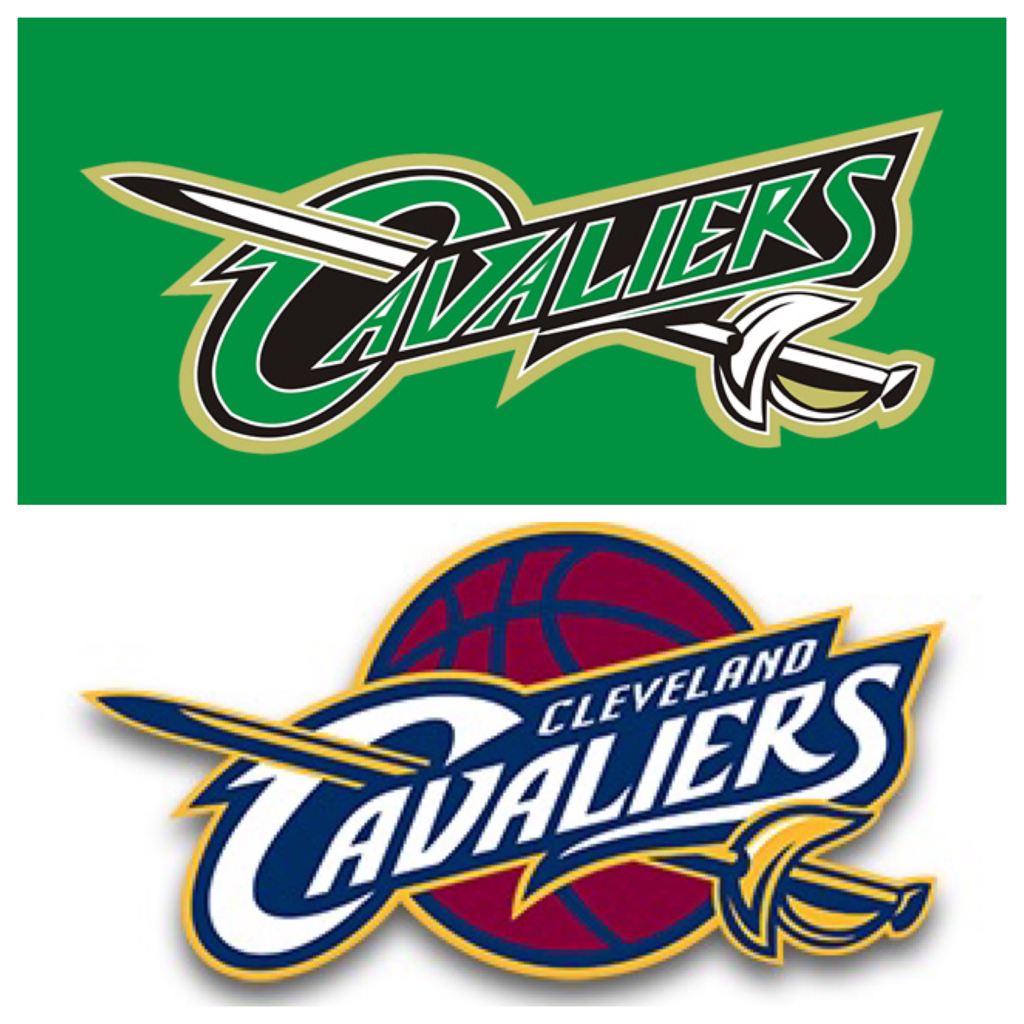 The B-CC Barons have a logo of what seems to be a fighting Baron. He looks very similar to the Notre Dame Fighting Irish logo, but he has on different color clothing, a taller hat, and a different pair of shoes. 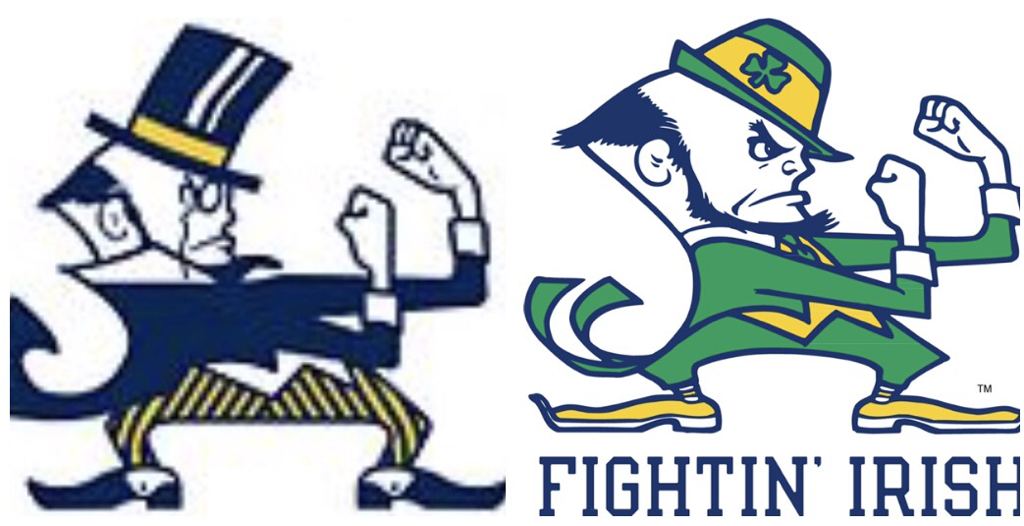 The Vikings of Whitman have used a W logo that is almost identical to that of the Wisconsin W, aside from the color. 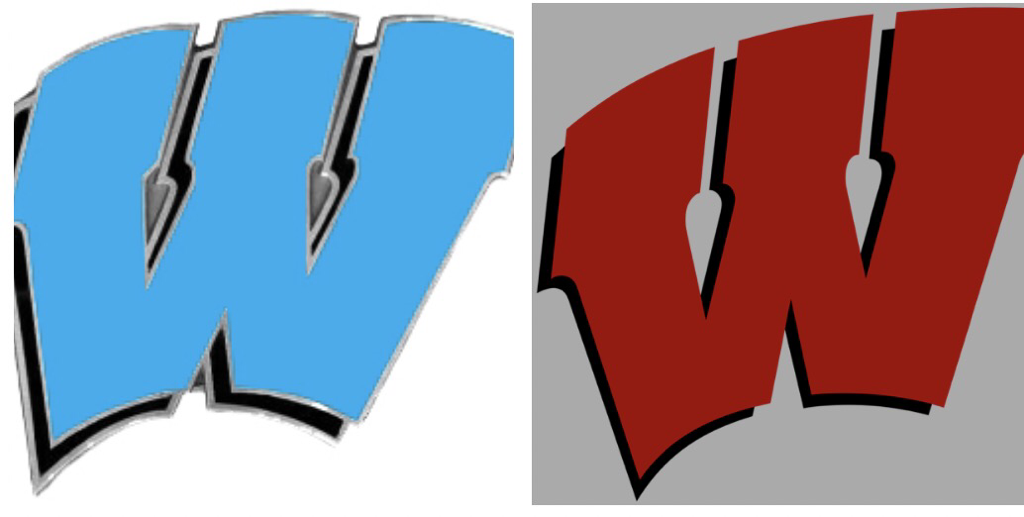 The Einstein and Tennessee Titans share a fairly similar logo and color scheme. 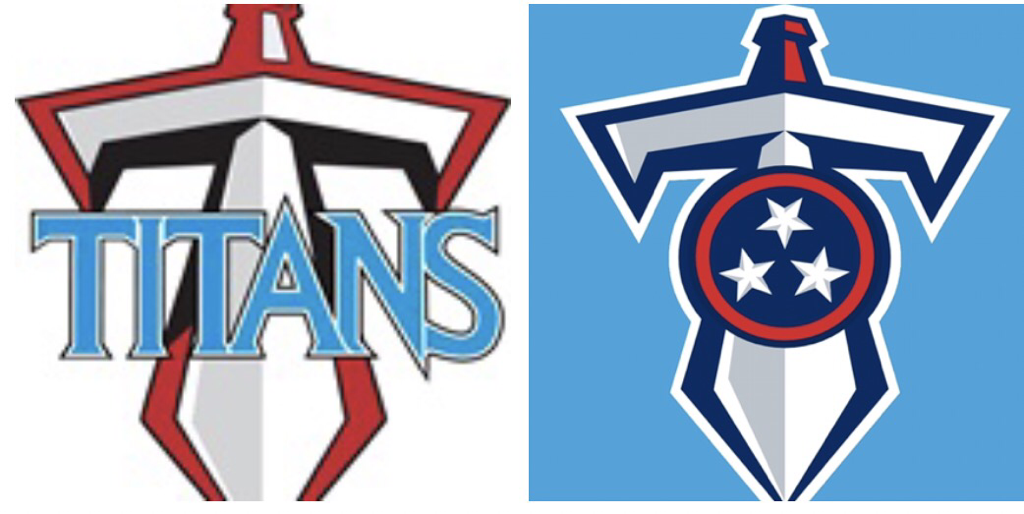 I might be reaching just a little on this one, but the bulldog logo is fairly similar. Here are the logos for Churchill and Georgia. 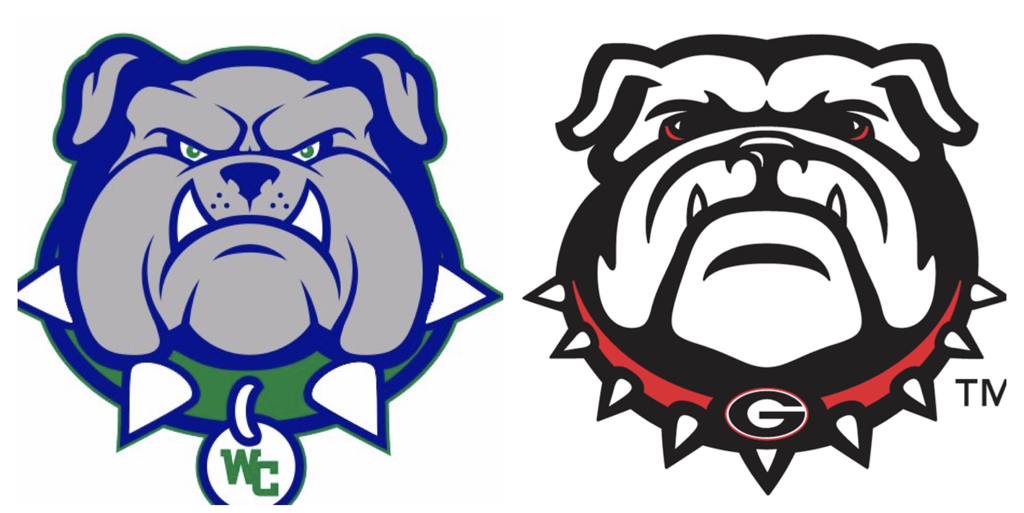 The Cincinnati Bengals were the obvious choice for Blake to base their logo on. They went with the B and used school colors to switch it up. 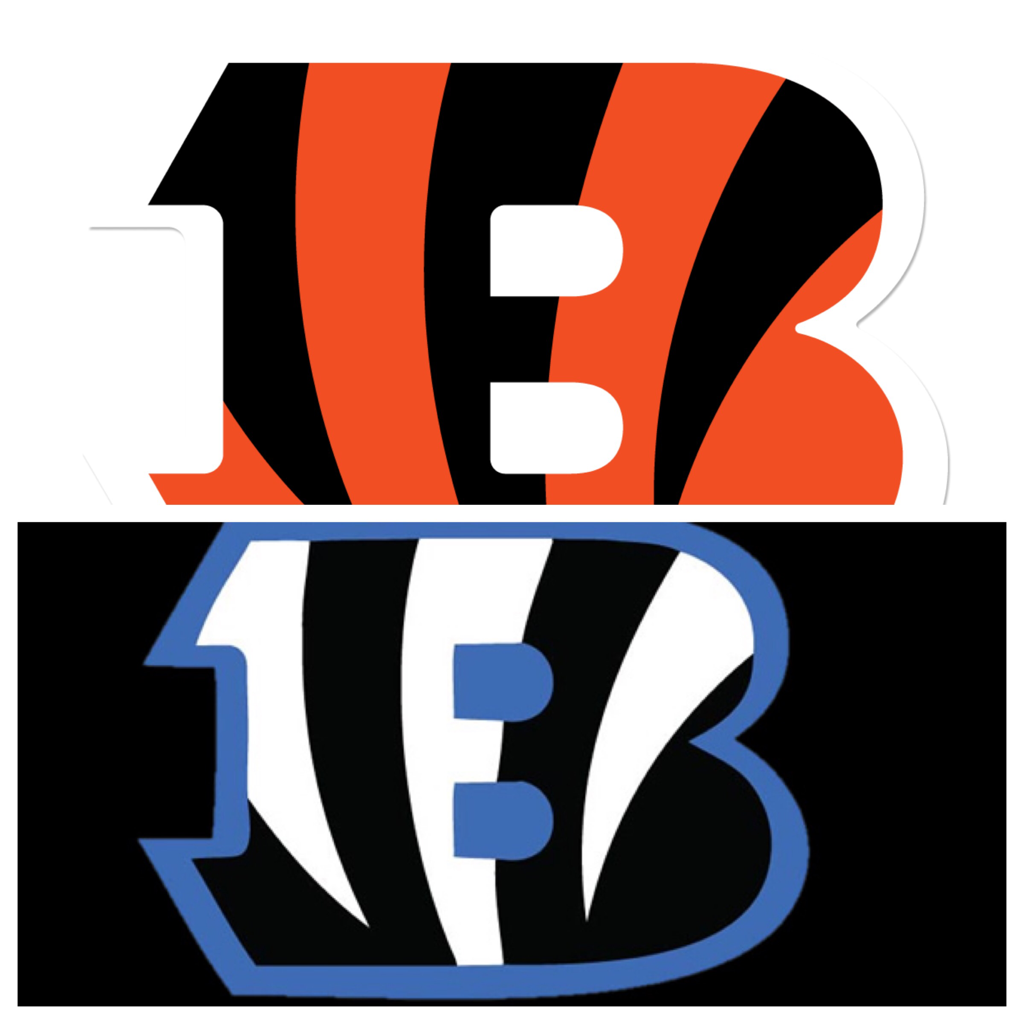 Another slight reach here as the Wildcat from the center of this Walter Johnson logo resembles one of the Wildcat logos Arizona has used in the past. 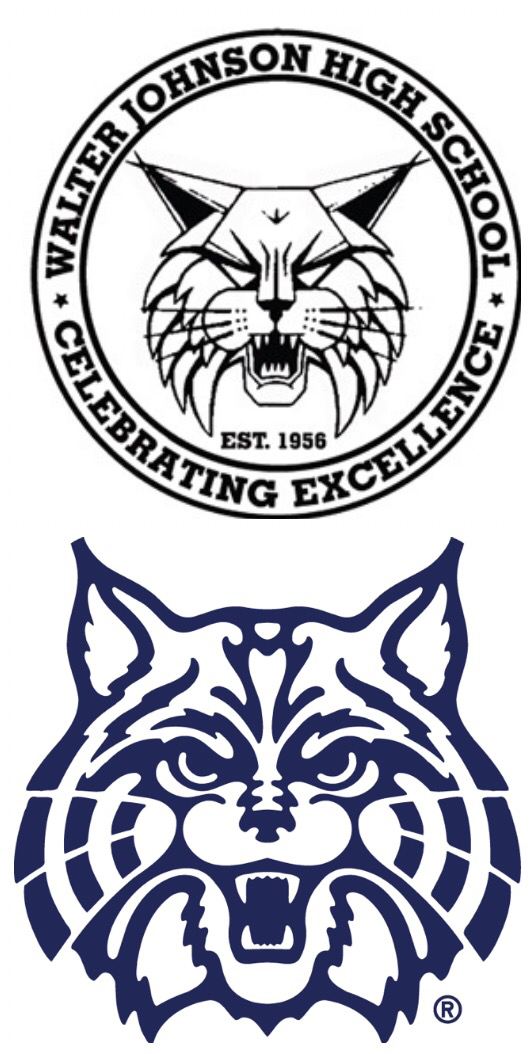 Magruder used the familiar Michigan pattern for one of their logos, placing a banner across the big M. 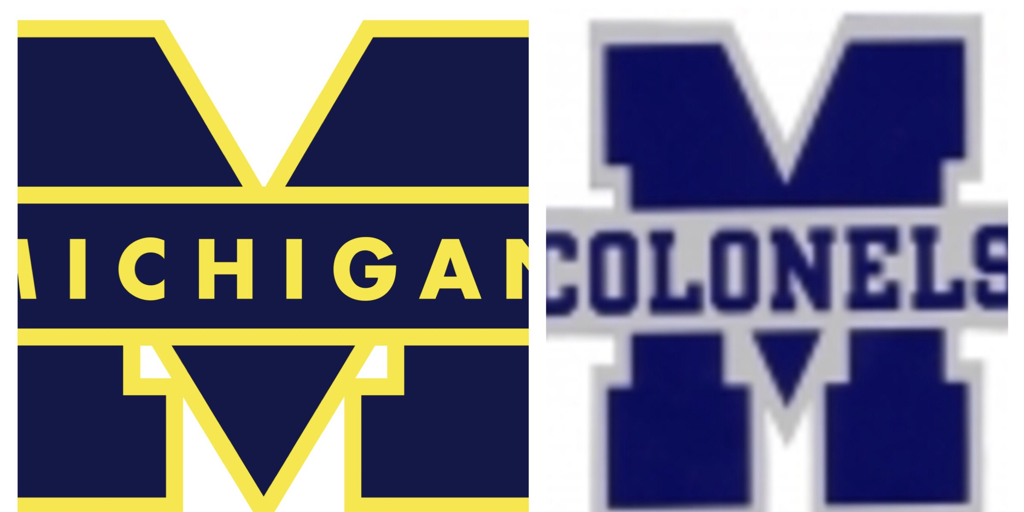 ​The Paint Branch Panthers flipped the Carolina Panthers logo around and went with a maroon and gold outline for their Panther logo. 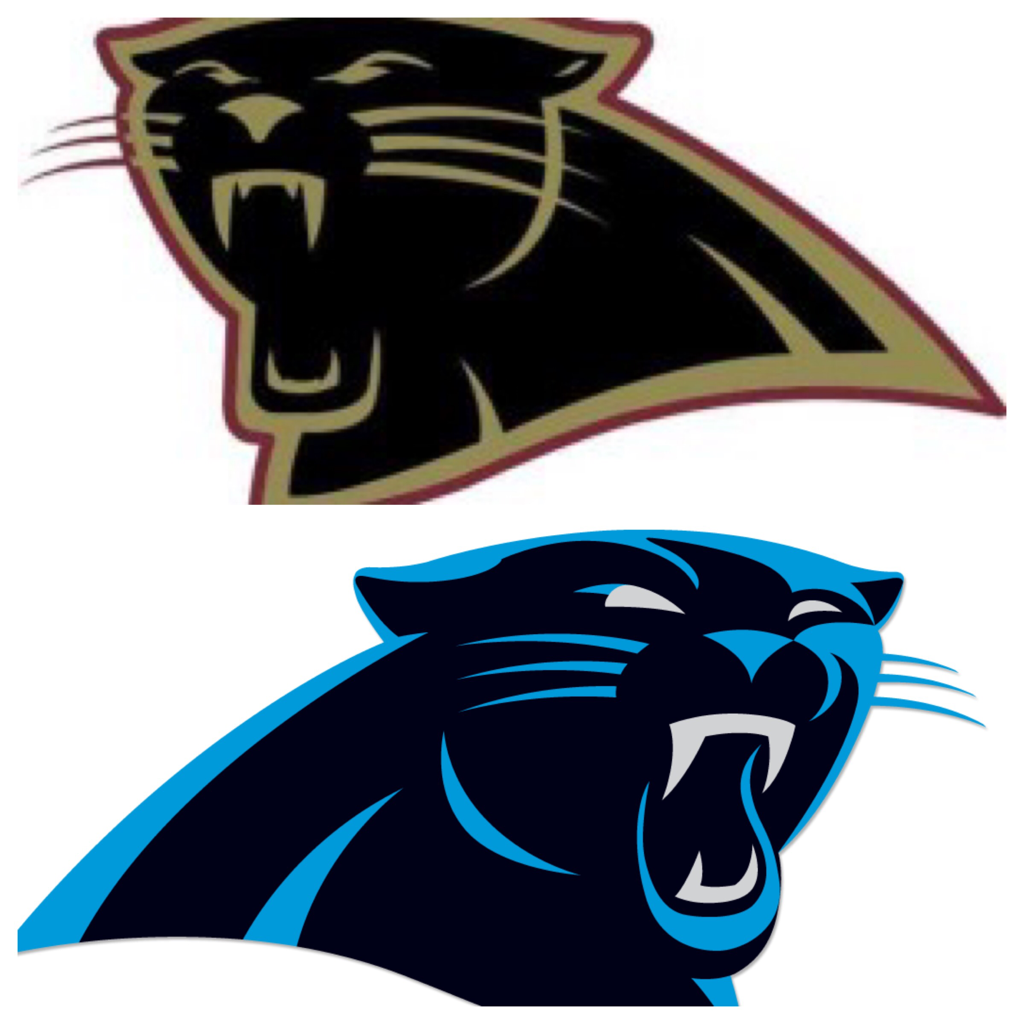 I started working on this over a month ago and have since forgotten which shade of gold belongs to Poolesville and which is Purdue’s. Either way, you get the point… 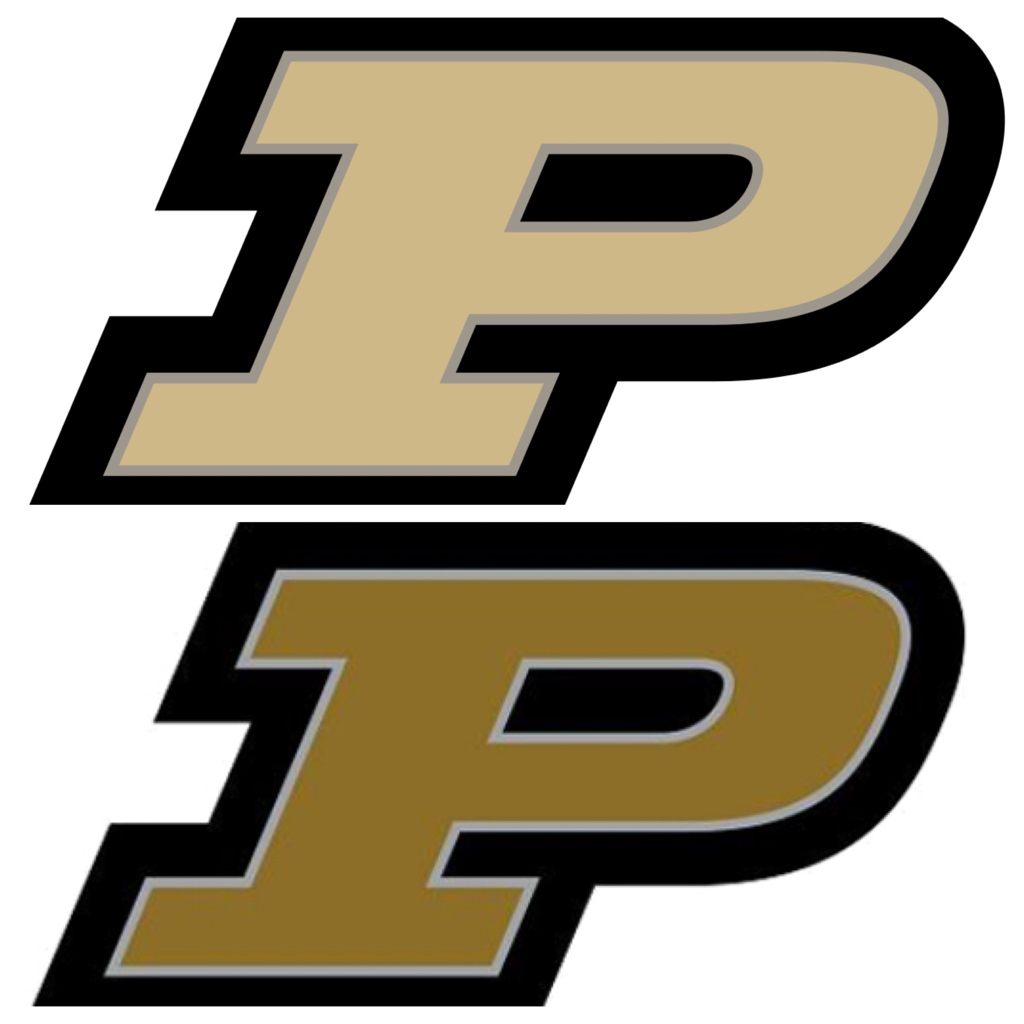 The Northwest Jaguars have plenty more wins in recent years than the team they based one of their logos on, The Jacksonville Jaguars. 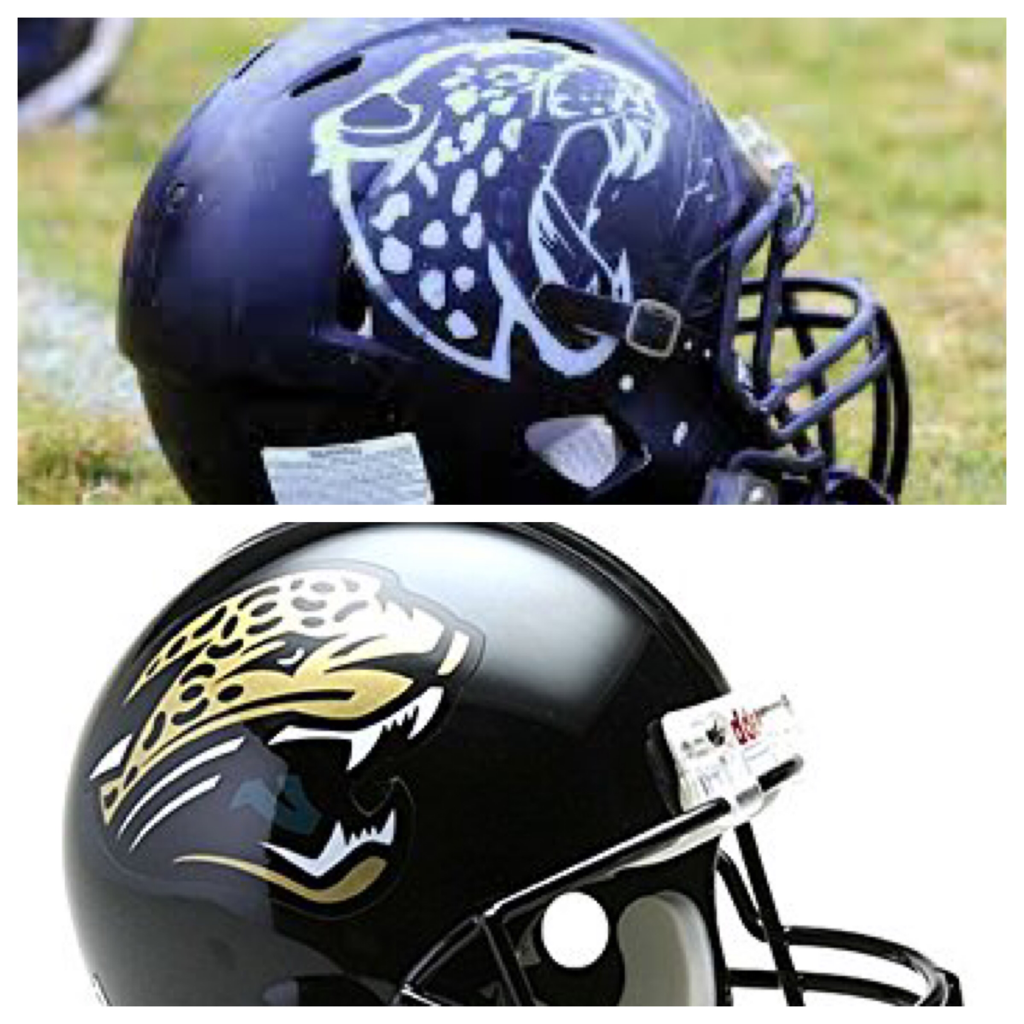 The Rockville Rams must have loved the look of the Los Angeles Rams logo because they just switched up the color scheme and left it as is.

​The Northwood Gladiators thought they could get away with basing their logo off of a minor league hockey team, the Atlanta Gladiators. Not on my watch, Northwood! 😊

The Quince Orchard Cougars may have used the Houston Cougars alternate logo as inspiration when designing one of their logos.

The Sherwood Warriors used a sword on their football helmets (not sure if they still use that helmet), but they took it directly from former World League team, the Scottish Claymores. 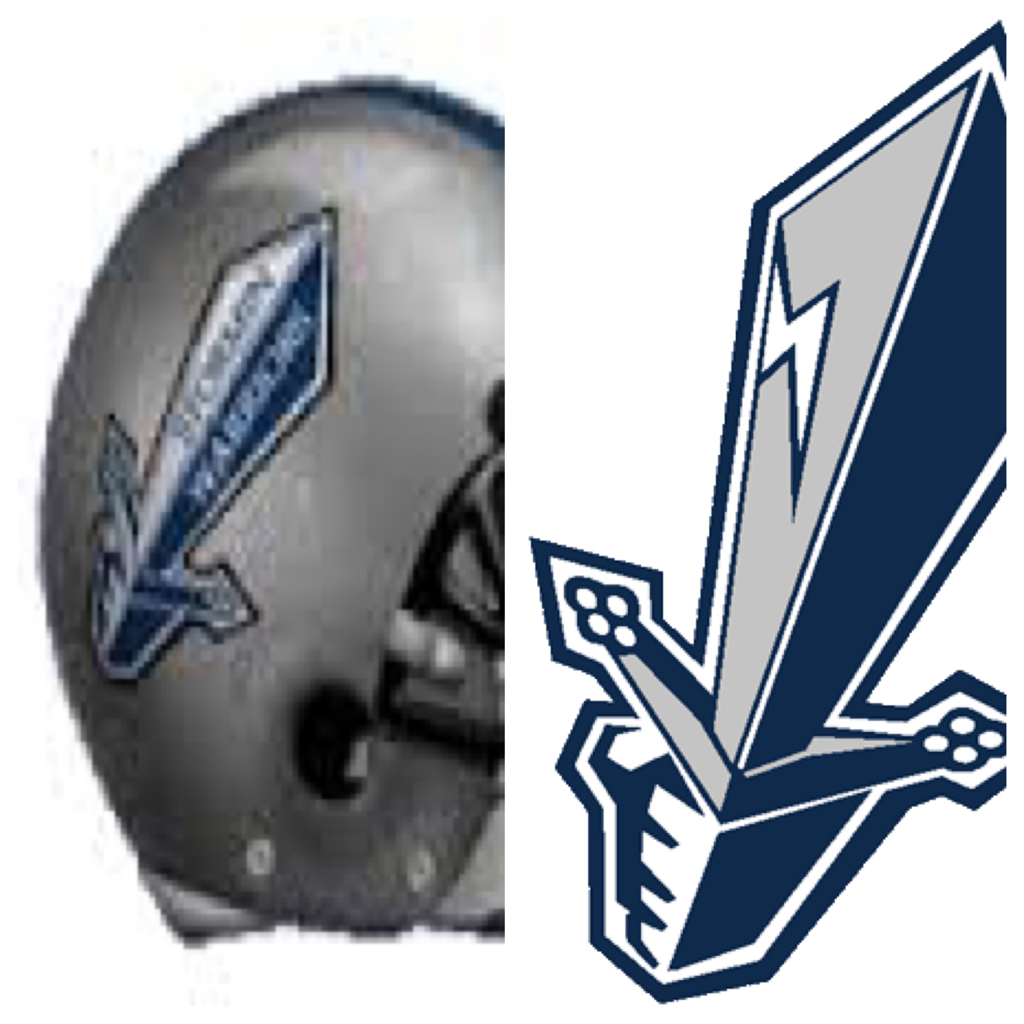 Watkins Mill has occasionally used this wolverine logo. You can see it used by the school newspaper in the image below. Color scheme aside, its nearly identical to the logo of the Utah Valley Wolverines. 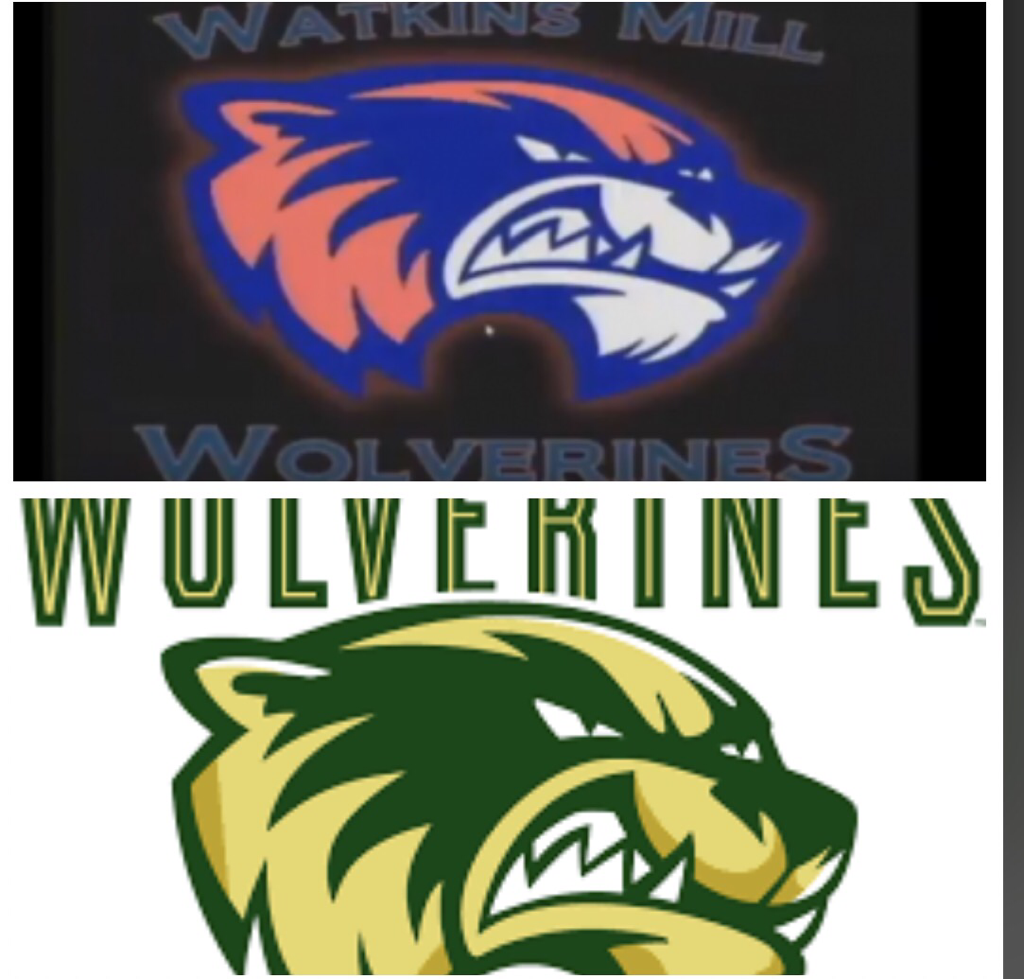 The Springbrook Blue Devils dug deep to find the Cardiff Devils, a British hockey team. They switched up the colors and made the logo theirs. 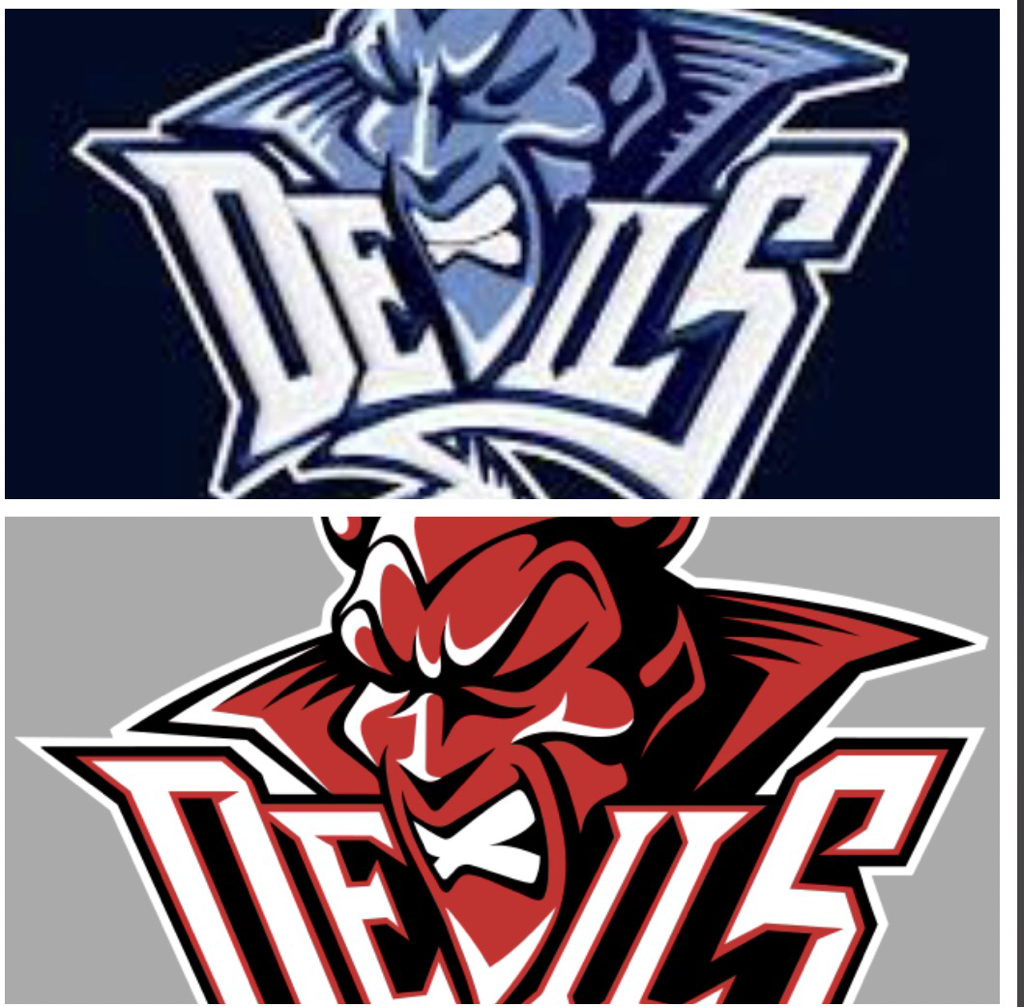 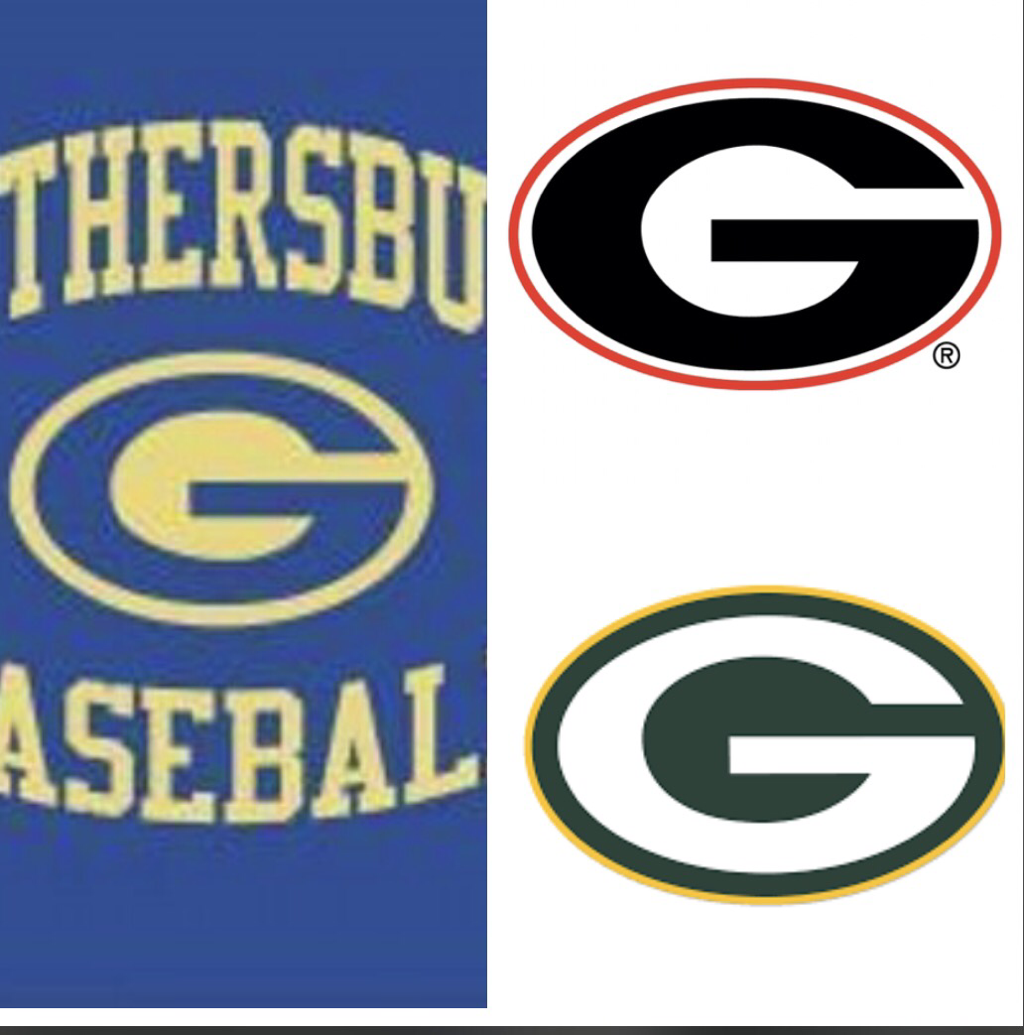 Wheaton used the Rutgers Scarlet Knights logo on their athletic boosters website. Not sure if the Knights use it for anything else. 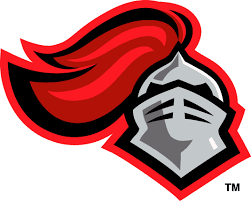 Private schools aren’t exempt either, as the Good Counsel Falcons just took the Atlanta Falcons logo and changed the colors. 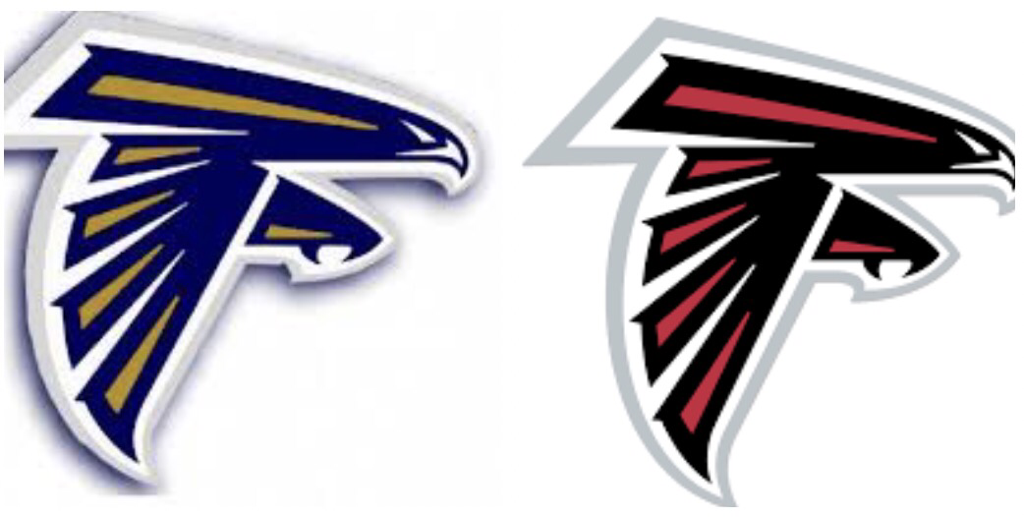 This post was brought to you by Buffalo Wild Wings (Rockville). Starting Monday, September 11th, come in every week for Monday Night Football and YOU could get a chance to win a seat in their BEST SEAT IN THE HOUSE!