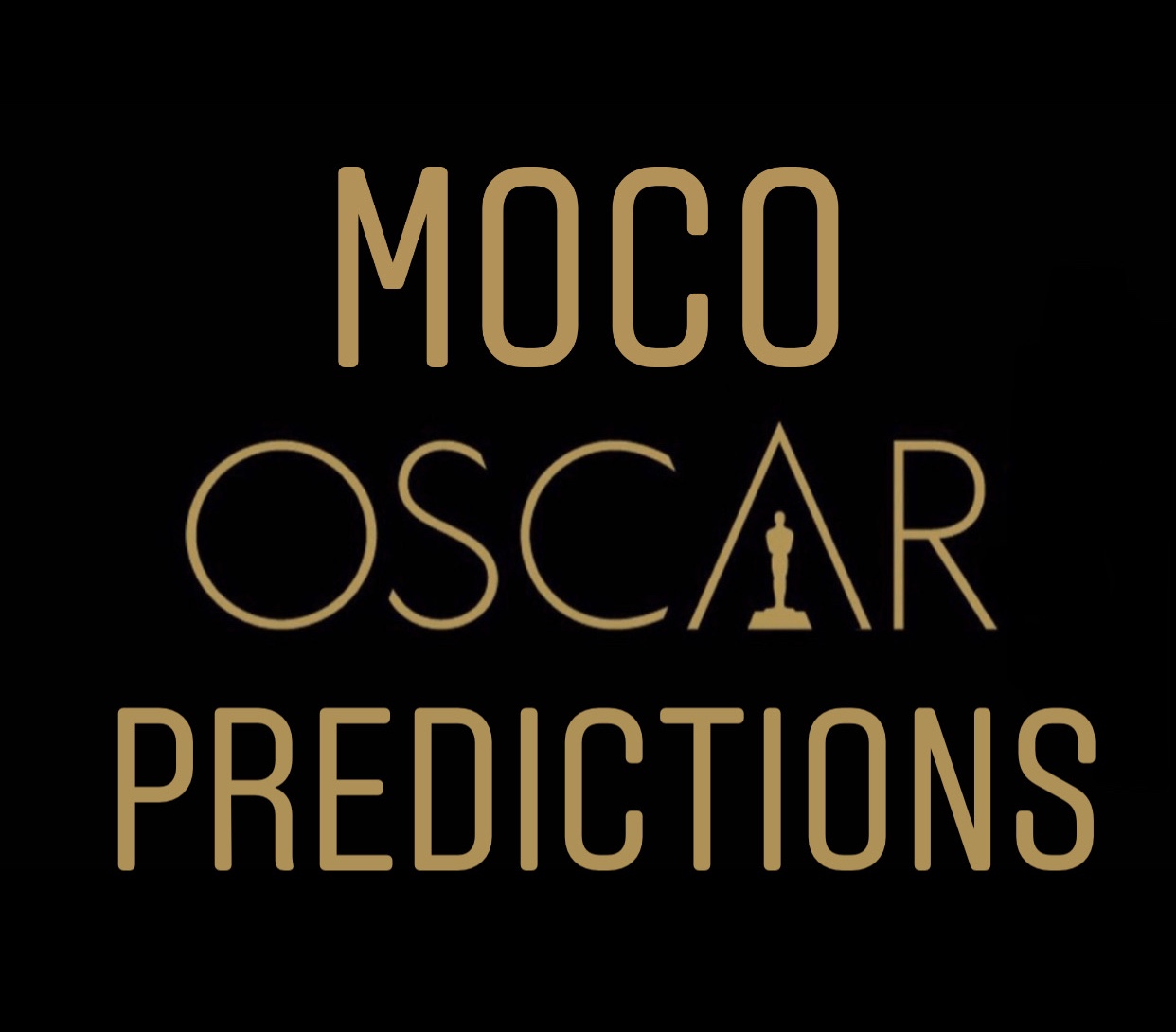 Andrew Italia is an attorney in Rockville, 2001 Quince Orchard High School graduate, and MoCo resident. When he was in college at the University of Maryland, he was the movie critic for The Maryland Diamondback.

During his time as the movie critic, he began making Oscar predictions for all 24 categories. His all-time record is 21 out of 24, but he usually falls in the 18-20 range.

This year he has provided The MoCoShow with his prediction and we are excited to share.

Will Win: My official prediction

Alternate: The most likely upset

Should Win: Who would win in Voltaire’s “best of all possible worlds”

Should’ve Been Nominated: Who the Academy snubbed entirely

Let’s lawyer the shit out of it.

Jojo Rabbit is getting love from several guilds and its anti-fascist missive is all too timely, but it’s likely too little, too late.  Dark horse Once Upon a Time in Hollywood could Crash the party if the Academy wants to give Quentin some love, but so far he’s only scored for his writing.

Parasite is armed with both the SAG ensemble and WGA in its quest to become the frontrunner-killing Moonlight of this race.  Yet it lacks acting nominations, a foreign language film has never won this category, and the Academy might believe a Best International Film Oscar to be a big enough consolation prize.

Any doubt that 1917 was the frontrunner was dispelled by its Golden Globe, PGA, DGA, and BAFTA (La La Land is the only applicant with this resume in history to be rejected).  Its victory would mark a return to form for the ‘epic Oscar’ that reigned before everyone began streaming films on their phones.  However, no film that skipped the Fall film festivals has won since Bush was on the ballot, it was snubbed by the indicative editor’s branch, and its lack of any SAG nominations is foreboding.

Let’s just hope they don’t count the votes in Iowa.

Should’ve been Nominated: Jordan Peele for Us

While Joon Ho could pull off a commendable upset, Mendes should receive his second Oscar 20 years after his first one for American Beauty.  Just without Kevin Spacey this time.

Will Win:  Joaquin Phoenix for Joker

Should Win:  Joaquin Phoenix for Joker

The smart money is on Joker becoming the first character to nab two Oscars for as many actors since Don Vito Corleone pulled off the hat trick.

Will Win:  Renee Zellweger for Judy

Should Win:  Cynthia Erivo for Harriet

Should’ve Been Nominated: Lupita Nyong’o for Us

Ordinarily at least one of the four acting categories breaks from precursor trends.  While the risk-averse should pencil in Zellweger’s name, she is the most vulnerable given an ascendant Johansson.  Should Erivo upset, she’ll have her EGOT (…and she has another shot in the Original Song category too).

Will Win: Brad Pitt for Once Upon a Time in Hollywood

Alternate: Joe Pesci for The Irishman

Should Win: Brad Pitt for Once Upon a Time in Hollywood

Should’ve been Nominated: Zak Gottsagen for The Peanut Butter Falcon OR Alan Alda for Marriage Story

Bet on Brad, and bet big.

It’s Dern’s day, and a well deserved one.  Next time bring J. Lo.

Should Win: The Two Popes

Greta Gerwig did a stunning job revitalizing a century and a half old tome for modern audiences, and this is the Academy’s opportunity to recognize her.  However, Taika Waititi won a WGA for making a dark comedy about fascism both funny and feasible.  A jump ball, but one Waititi takes.

Alternate: Once Upon a Time in Hollywood

Quentin Tarantino might win what is one of the closest races of the night, but I give Parasite a miniscule advantage…

Should’ve been Nominated: Frozen 2 OR The Lion King

While Klaus or Missing Link could easily win in such a competitive year, look forward to Toy Story joining The Godfather as a franchise with two Oscars on its shelf.  “I know it was you Woody, you broke my heart!”

It’s Parasite’s without breaking a sweat.

I’m old enough to remember when US Presidents were elected by a majority of Americans and didn’t need ten to fifteen tries to flush a toilet.  The last such president’s first production company created a consciousness raising exploration of the pitfalls of globalization and the problems facing Midwest manufacturing alike.  It’s the likeliest winner here, though Honeyland and For Sama are nipping at its heels.

Should Win: The Lion King

While The Lion King could pull a Jungle Book, this one probably will fall into 1917’s war chest.

Will Win: “I’m Gonna Love Me Again” from Rocketman

Alternate: “Into the Unknown” from Frozen 2

Should Win: “Into the Unknown” from Frozen 2

Should’ve been Nominated: “Spirit” from The Lion King OR “Invisible” from Klaus

No one ever became rich by betting against Elton.  PS Who in the literal fuck didn’t invite Beyoncé to the party?

Will Win: Joker by Hildur Guonadottir

Should Win: Star Wars: The Rise of Skywalker Story by John Williams

Should’ve been Nominated: Dark Phoenix by Hans Zimmer OR How to Train Your Dragon: The Hidden World by John Powell & Jonsi

Guonadottir’s unnerving score for Joker is certainly impressive, but in a year with superior sounds by Newman (nominated 14 times without a win) and Williams (nominated 52 times; more than anyone alive, though still a few short of Walt Disney’s all time record), it pales in comparison.  Get it?  Joker?  Pale?  It’s funny because Joker’s pale…right?

Alternate: Once Upon a Time in Hollywood

Will Roger Deakins win his second Oscar?  Do bears do it in the woods?  Is Ted Cruz creepy?  All signs point to yes.

Will Win: Once Upon a Time in Hollywood

Should Win: Once Upon a Time in Hollywood

Given Vice’s victory last year, Charlize’s transfiguration into Megyn Kelly will likely be the Academy’s jam.

Should Win: Once Upon a Time in Hollywood

The guild went full Jojo, but the AARP abundant Academy is nothing if a sucker for a good period piece.

Should’ve been Nominated: The Perfection

Another nail biter where Parasite’s ACE gives it the edge.

Should’ve Been Nominated: Star Wars: The Rise of Skywalker

Sorting the sound awards is a Sisyphean task, but in a category traditionally dominated by war films, 1917 is the safest gamble.  Though look no further than the fury of Fords and Ferraris for the steal, particularly in the editing category.

Will Win: Learning to Skateboard in a War Zone

Best Supporting Actor: Brad Pitt for Once Upon a Time in Hollywood

Best Production Design: Once Upon a Time in Hollywood

Best Short Documentary: Learning to Skateboard in a War Zone

The Cider Barrel Hopes to Reopen this Fall

Be the first to comment on "MoCo Oscar Predictions"