The underpass is named after the late Phil Alperson, a former MCDOT employee who worked for years to coordinate the project. 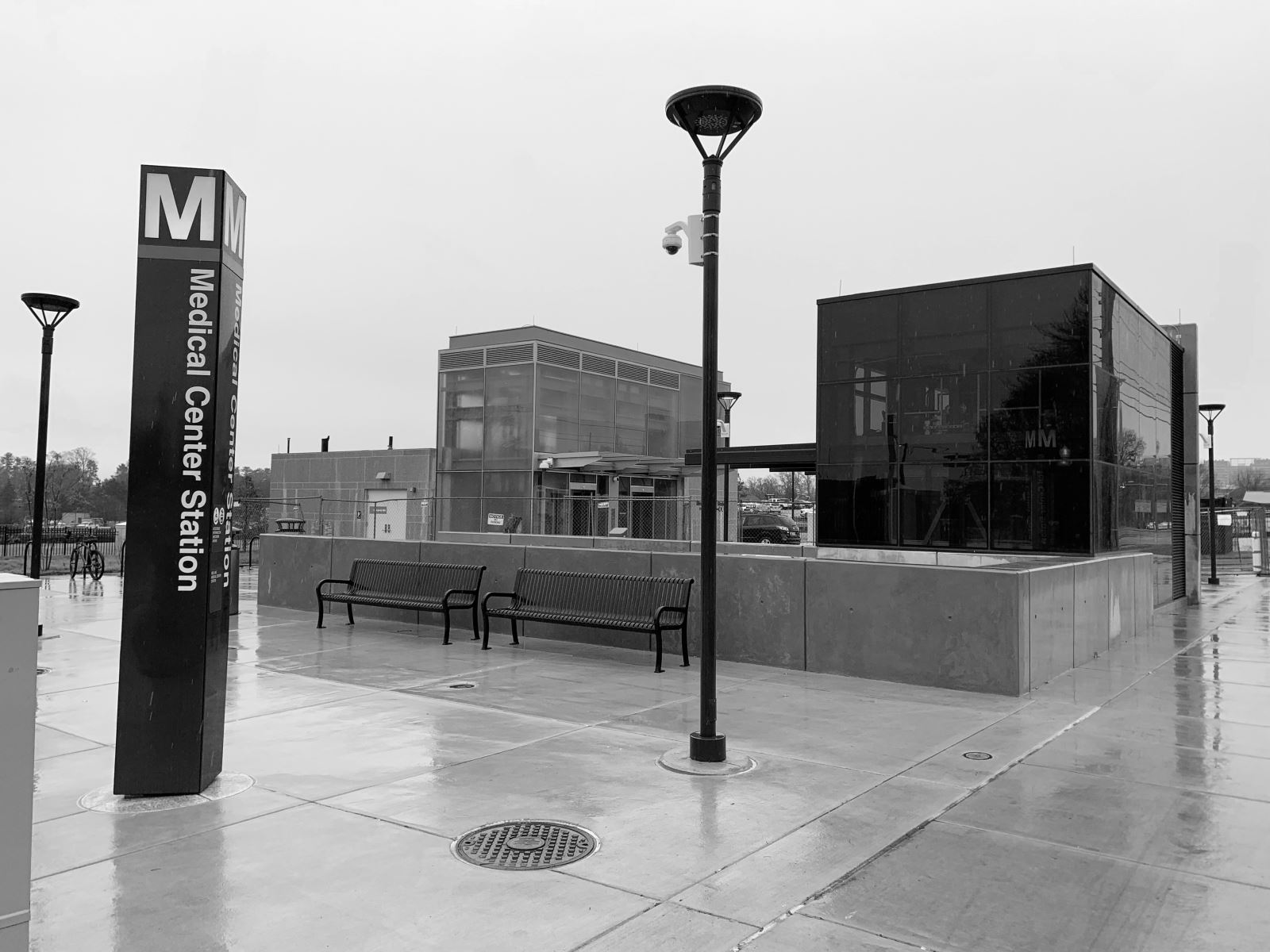 The MD 355 Crossing Project was managed by the Montgomery County Department of Transportation (MCDOT) and includes a shallow pedestrian underpass below MD 355 (Rockville Pike) that will provide pedestrians and cyclists a safe means of crossing the busy roadway. The project also includes new deep high-speed elevators and emergency stairs creating direct access between the station and the east side of MD 355 and a new elevator and staircase between the existing Metrorail platform and mezzanine levels.

Naval Support Activity Bethesda and Walter Reed National Military Medical Center was established in 2011 and became the second-largest employer in Montgomery County. The first largest employer is NIH, which is located on the opposite side of MD 355. Thousands of pedestrians cross 355 to get between the campuses and to the Medical Center Metrorail station, which is located on the NIH side.  Pre-COVID numbers indicate that the Medical Center Metrorail station accommodated approximately 11,000 riders daily.  About 7,000 pedestrians cross MD 355 daily to get to the Metro stop.

Two Children in a Stroller and One Adult Struck in Rockville