Deputy Abigail Bieber, a Montgomery County native who graduated from Walter Johnson High School in 2009, was honored last week by Mission BBQ in Town-N-Country Florida. Deputy Bieber was killed when she was fatally shot on January 29, 2022. The death of Bieber was the result of a murder-suicide, according to authorities. They said Detective Daniel Leyden, a member of the HCSO criminal investigations division, killed Bieber and then took his own life. Deputy Bieber’s parents, Bruce and Sara Bieber, were present for the unveiling of her uniform at Mission BBQ. Her patrol shirt will be on display at the restaurant in her memory. A video can be seen below.

As a passionate advocate for child victims, Deputy Bieber frequently and diligently responded to calls for service related to sexual battery and child abuse. She aspired to one day become a detective within the Criminal Investigations Division Special Victims Section. During her nearly four years at HCSO, Deputy Bieber had a number of remarkable encounters, including everything from taking drugs off of our streets to serving as a role model to children she met during her shifts. Known for her contagious smile, Deputy Bieber was a friend to fellow deputies and a bright spot in a dark world, as described by a squadmate. Co-workers also described Deputy Bieber as a young woman with a positive attitude who never shied away from tough investigations. She was known for being kind, genuine, caring, and empathetic with the demeanor of a veteran law enforcement officer. 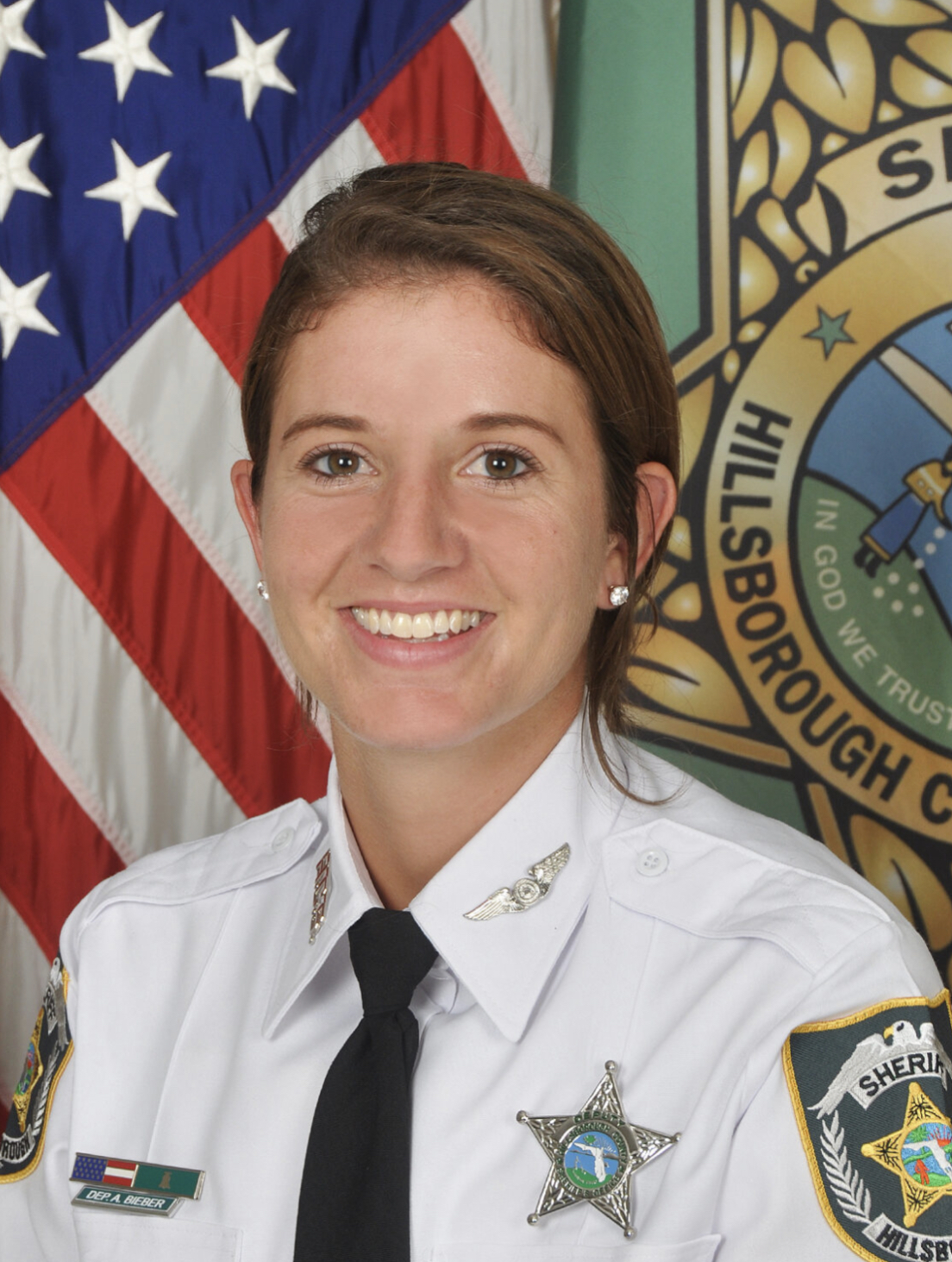