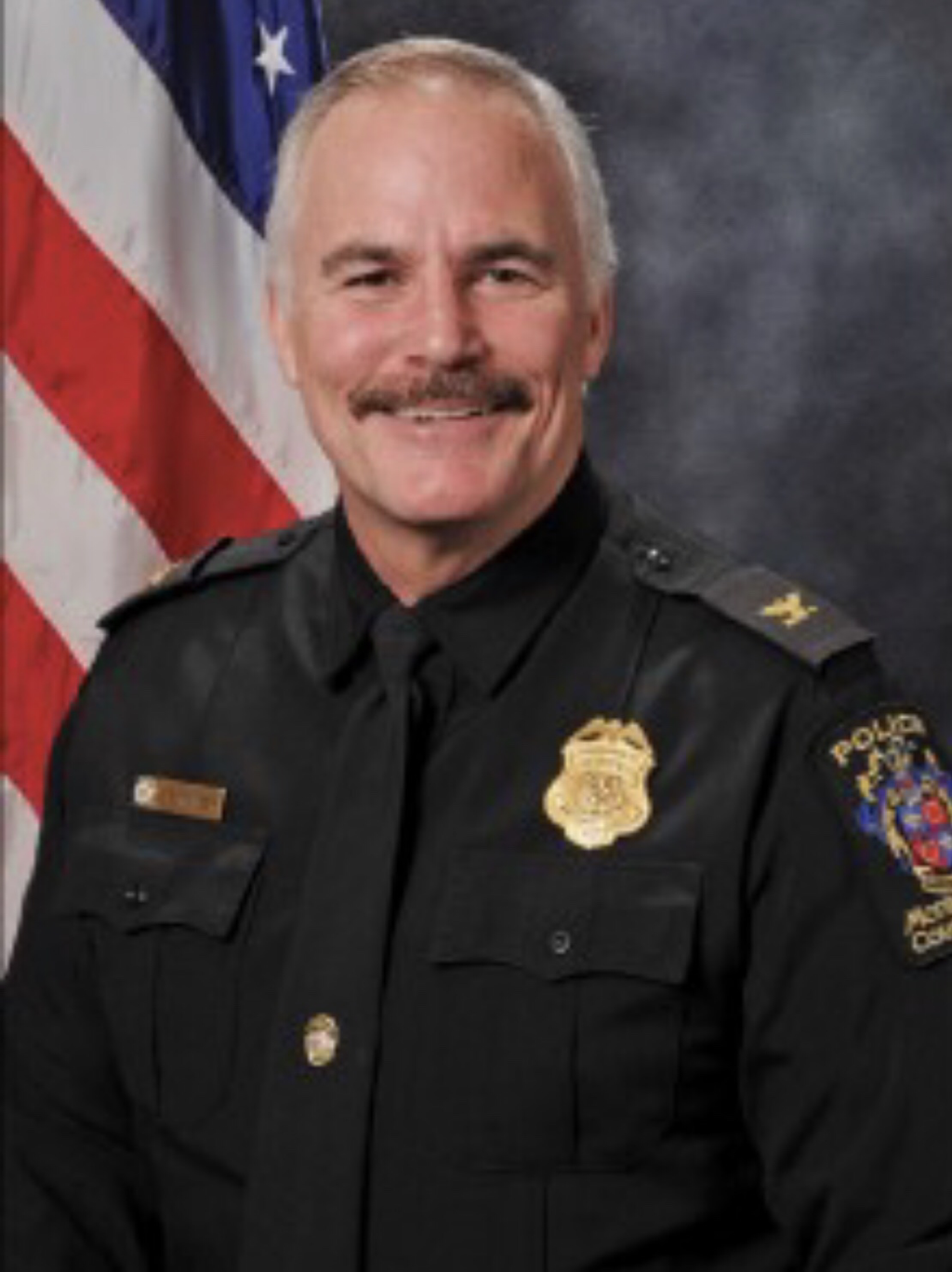 ​On the anniversary of his swearing-in, Montgomery County Police Chief J. Thomas Manger announced Wednesday, Jan. 30, that he will retire in April after 15 years of service in Montgomery County, the culmination of 42 years as a police officer.“This is a bittersweet day for Montgomery County,” said Montgomery County Executive Marc Elrich. “Chief Manger has set the bar high for police leadership, outstanding service both locally and nationally, and leaves the department and County better and safer than when he arrived. While other departments were shying away from body-worn cameras, he proposed requiring them for all officers, wearing one himself as a demonstration of his leadership and commitment to improved transparency and accountability. He implemented de-escalation training for officers long before it became a part of the national dialogue. He was instrumental in the passage of the 2016 Drunk Driving Reduction Act, which strengthened Maryland’s ignition interlock requirement for first-time drunk drivers. Known as Noah’s Law, the Act honors fallen Montgomery County Police Officer Noah Leotta. He has overseen an increasingly diverse force, more reflective than ever of our citizenry; and he has fostered and encouraged an excellent and diverse group of police leaders to keep moving the department forward.
“Chief Manger often says that the most important qualities he seeks in new officers are communication skills, which are essential in building relationships of trust and diffusing conflicts, and compassion, which cannot be taught. He leaves the County with a highly trained, professional force of officers who reflect an overarching spirit of public service, hard work, and dedication to the public good. They are an apt reflection of the chief himself, and his legacy here in the County will live on as they continue to work to protect and serve our residents. I congratulate him on his retirement and look forward to working closely with him to select our next Chief of Police.”
Manger, the 16th police chief in the 97-year history of the Montgomery County Police Department, was sworn in on Jan. 30, 2004. He is the second longest-serving police chief behind James S. McAuliffe, who served from 1955 until 1971.
“It has been an honor to serve the public for the past 42 years,” said Manger. “I have been blessed throughout my career to work alongside some of the finest men and women to ever wear a badge. I want to especially thank Montgomery County Executive Marc Elrich and past county executives Doug Duncan and Isiah Leggett, as well as Kate Hanley, a former chairman of the Fairfax County Board of Supervisors, for their confidence in me.
“My plans are to stay engaged with my community and my profession. As the Major Cities Chiefs Association is expanding its legislative agenda in our nation’s capital, I have been asked to lead that team. It’s become a cliché that upon retirement, you say that you want to spend more time with your family. I do want to spend more time with my family, I just hope they want to spend more time with me.”
After graduating from the University of Maryland, Manger began his law enforcement career in 1976 as a “summer cop” in Ocean City, Maryland. On January 3, 1977, he was sworn in as a Fairfax County, Virginia police officer. He rose through the ranks and was the chief of police in Fairfax County from 1998 to 2004. In 1993, he was awarded the Silver Medal of Valor.
Washingtonian magazine recently recognized Manger as one of its 2018 Washingtonians of the Year. He recently completed four years as the president of the Major Cities Chiefs Association, elected by his peers from the nation’s largest police departments.
During the course of his career in Montgomery County, Manger received several national awards, including the 2007 Law Enforcement Award from the Brady Campaign to Prevent Gun Violence, the 2016 Gorowitz Institute Service Award from the Anti-Defamation League, the 2017 Keeper of the Dream award from the National Immigration Forum, and the 2018 FBI National Executive Institute Penwith Award. Manger was also inducted into the Montgomery County Human Rights Hall of Fame in 2012.

Be the first to comment on "Montgomery County Police Chief J. Thomas Manger to Retire"