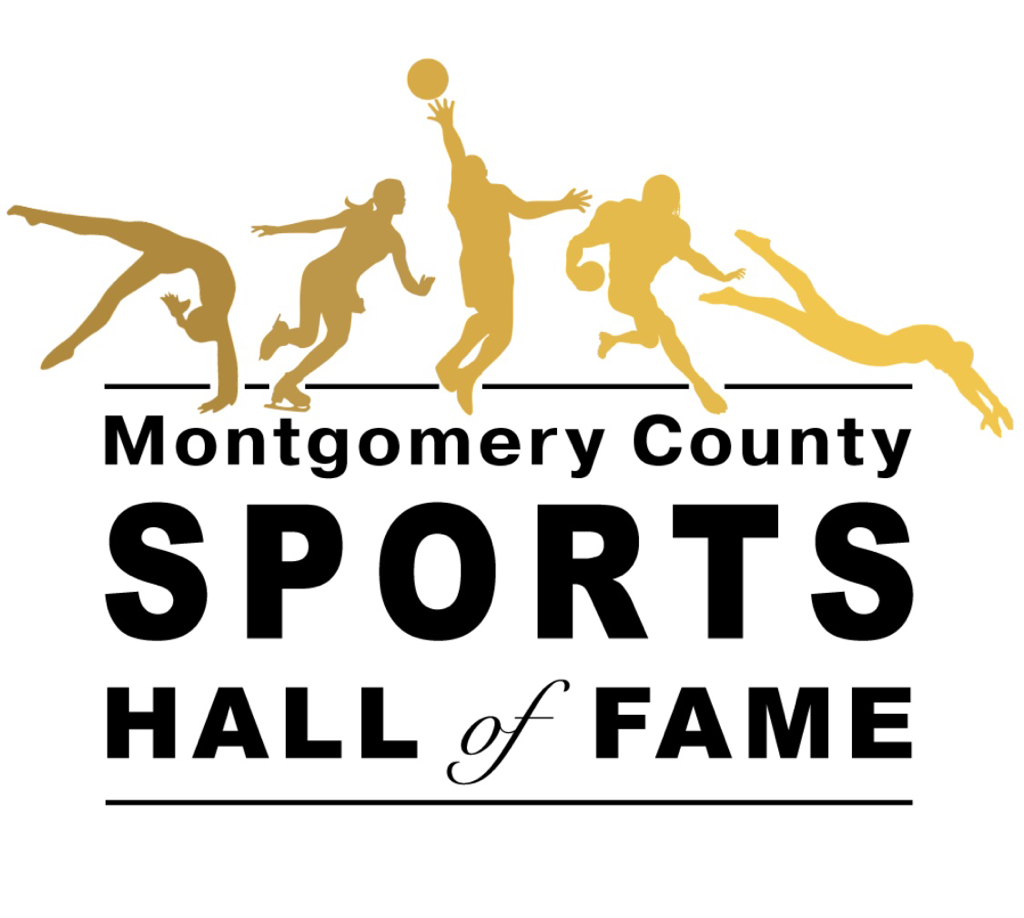 Montgomery County now has a new sports hall of fame. The new organization announced today that its “opening day” to honor the inaugural class will be Friday, September 13, 2019 at a ceremony at the Silver Spring Civic Center. Former Washington Redskin Shawn Springs, a graduate of Springbrook High School, joined Councilmember Gabe Albornoz and other members of the council for the announcement.
Montgomery County has a rich history of athletic achievement with athletes such as Springs, Hall of Fame pitcher Walter Johnson and Olympic gymnast Dominique Dawes. There are great coaches like high school football legend Bob Milloy. And then of course the current stars, like Olympic multiple gold medal swimmer, Katie Ledecky of Bethesda. MCSHF also wants to recognize the achievements of those involved in the lesser known sports who make up bulk of the sports community.

“We think it’s time to recognize and honor the outstanding sports figures from Montgomery County,” says Councilmember Gabe Albornoz (At-Large), who began advocating for the MCSHF when he was the county Director of Recreation. He took the idea to then-County Executive Isiah Leggett who endorsed it. Current County Executive Marc Elrich has also expressed his support. Adds Albornoz, “We want to stress all of the positives and benefits of sports, from its role in developing individuals, to better health, to its role in the community. We want to encourage participation.”
While MCSHF began with a small amount of seed money from the county, it is a non-profit and depends on sponsorships and contributions from corporations and individuals. “We need the support of the business community, the sports world and individuals to make this happen,” says MCSHF Board Chair Trish Heffelfinger, the former Executive Director of the Maryland Soccer Foundation. “Please go to our website, mcshf.org, to donate and contact us if you wish to be a sponsor.”
Nominations for the inaugural class of the Hall of Fame will open on June 1, 2019. Forms and instructions are available on our website. The inaugural class will be chosen by the Selection Committee composed of board members, with final approval of the entire board. Honorees will be inducted at the ceremony in September.
We thank our initial sponsor, Harbor Bank, for its commitment to Montgomery County’s new sports hall of fame. We are seeking additional sponsors. For more information about the MCSHF please visit our website or contact MCSHF Chair Trish Heffelfinger.