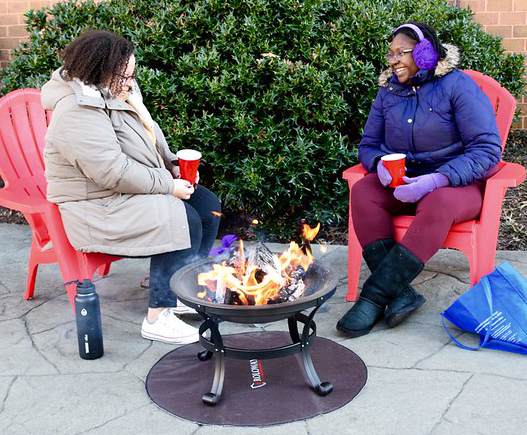 Montgomery Parks will lift the suspension of the park directive that allowed alcohol in 13 parks across the county. The temporary directive was suspended on July 1, 2021, in response to the end of the COVID-19 State of Emergency issued by the State of Maryland.

“While the directive was in effect, people were responsibly enjoying food and alcohol in these parks,” said Montgomery Parks Director Mike Riley. “It has been great to see the support from the public and elected officials to bring this program back.”

“Our parks have helped us get through the pandemic by providing much needed outlets for our physical and mental health,” said Montgomery County Councilmember Evan Glass. “The parks system also innovated their services by creating the Picnic in the Park program, which has been hugely popular among residents and small business owners. I’m delighted that this program will continue and that individuals will be able to enjoy an adult beverage in the great outdoors.”

“We encourage people to gather with their friends and families in our parks for birthdays, barbecues, and other events, and this program is part of that effort,” said Montgomery County Councilmember Andrew Friedson, who serves as the council’s lead on parks. “We heard from many residents who really appreciated being able to enjoy a glass of wine or beer outdoors on a nice day.”

The parks department’s top priority is always the safety of its patrons, staff and volunteers. The pilot program allows park patrons, 21 years of age or older, to responsibly consume alcohol during operating hours, dawn to dusk, in 13 parks. Additionally, Park Police will continue to ensure all state and county laws, as well as Park Rules and Regulations, are being followed.

The original park directive was enacted on September 24, 2020, and allowed for the consumption and possession of alcohol in nine Montgomery Parks until May 31, 2021. On May 27, 2021, the directive was then renewed for an additional 12 months and expanded from the original nine parks to 13.

Information about the program, including maps of the areas in the 13 parks where alcohol is permitted, can be found online at www.montgomeryparks.org.

Latest on Wawa Coming to Gaithersburg

Has the Penguin Eclipsed the Acorn as Silver Spring’s Mascot?