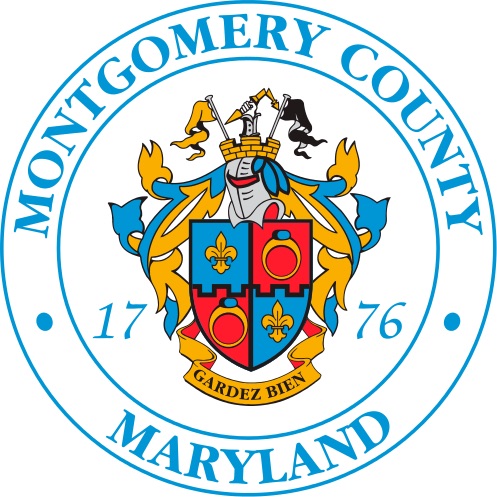 The “More Housing at Metro” Act (Bill 29-20) is scheduled to come before the Council today at 2pm for final action after a favorable recommendation from the Planning, Housing and Economic Development and Government Operations and Fiscal Policy Committees.

The bill is sponsored by Councilmembers Hans Riemer and Andrew Friedson.

A detailed explanation of the bill can be seen in the July press release below.

The bill will make a significant impact on the viability of building new housing on Metro station property. Today, there are no high-rise developments underway on any Metro station property in Montgomery County, nor have there been for many years. Several projects have recently been abandoned including one at White Flint and another at Twinbrook.

The legislation will respond to this problem by extending Metro’s existing property tax abatement for a period of 15 years for new high-rise development. According to Metro, station properties in the County have the capacity to deliver at least 8,600 units of housing, which would provide a significant contribution to the County’s long-term housing shortage. The high-rise buildings also would include between 1,200 to 1,300 units for the County’s Moderately Priced Dwelling Unit (MPDU) affordable housing set-aside programs. The legislation seeks to change the economics of high-rise Metro station development and deliver the essential housing on top of Metro that the County needs to fight climate change, promote housing affordability and spur economic growth.

According to projections by the Metropolitan Washington Council of Governments and the Urban Institute, Montgomery County is expected to become home to more than 60,000 additional households by 2040. Meanwhile, home prices are rising faster than incomes. Moreover in 2018, the Montgomery County Planning Department determined that the County’s median household income of $108,188 was below the $125,621 required to afford a home priced at the midpoint.

Montgomery County is not producing nearly enough housing to keep up with demand. Since 2010, the County’s population has grown by approximately 8,000 people per year, but the County has only added about 2,700 new housing units per year. Almost half of the County’s 120,000 rental households are cost-burdened, which means that more than one-third of their incomes go to pay for housing.

WMATA does not pay property taxes to Montgomery County. The legislation would allow a new development on a Metro station property to retain that property tax exemption for 15 years. The developers would continue to pay impact taxes, and residents living in the housing would pay personal income taxes.

Today, the Council also introduced a $2.8 million capital budget amendment recommended by the PHED Committee for the Housing Opportunities Commission (HOC) Housing Production Fund to construct mixed-income housing. The appropriation and expenditures in fiscal year 2021 will support the first-year cost for $50 million in HOC-issued bonds to increase the County’s supply of housing units. HOC will repay the revolving fund and at least 20 percent of all units must be affordable to households at or below 50 percent of the area median income and another 10 percent must be affordable to households at or below the income for a MPDU.

“Montgomery County has a lot riding on getting high-rise development going at our Metro stations,” said Councilmember Hans Riemer. “To fight climate change, this is exactly the kind of location where we should have as much housing as possible. To promote economic development, we need new housing and jobs around the station areas, and these high-rise buildings should help catalyze the market. Our housing market is not producing enough new housing and that is creating affordability problems for young and working families and putting rent pressure on market affordable housing. With the potential for more than 8,000 units of housing, these measures should help us take a big stride towards our regional housing goals.”

“Ridership on public transportation is at an all-time low because people are concerned about their personal health. Once we have a vaccine for Covid-19, we will once again have to protect the health of our planet, which means more public transportation and less carbon polluting vehicles,” Councilmember Evan Glass said. “Placing more homes near transit isn’t just good for housing affordability, it’s also good for the Earth.”

“This legislation is central to the Economic Development Platform that I authored, and the Council adopted during my Council presidency last year,” said Councilmember Nancy Navarro. “This bill seeks to leverage WMATA sites to create additional residential units. As such, it actually touches on two pillars of the Economic Development Platform; the housing pillar, which calls on the Council to find ways to achieve the Metropolitan Washington Council of Governments’ housing targets; and the transportation pillar, as it would provide incentives for developers to construct housing in our activity centers near transit. This bill will help increase ridership in non-automobile transportation modes.”

“Incentivizing housing at our Metro stations is a win, win, win all around,” said Councilmember Gabe Albornoz. “Transit oriented development is good for our environment, our economy and our residents who need affordable housing.”

“Sierra Club Montgomery County enthusiastically supports this legislation proposed by Councilmember Riemer to expand housing by metro stations,” said Shruti Bhatnagar, chair of the Montgomery County Chapter of the Sierra Club. “The proposed legislation aligns with Sierra Club priorities to address climate change through smart growth policies focusing on transportation, housing and land use. We need more total housing units in the County, and we can help reduce greenhouse gas by building most (at least 80 percent) of these new housing units within walking distance of transit stations, which also promotes a healthy active lifestyle. Sierra Club recommends making many of these units affordable to help the County move forward in its equity goals.”

“My family and I are on the MPDU waitlist and are more than number 1,000 on the list,” said Marion Forcha, a leader with Action in Montgomery, member of St. Camillus Church in Silver Spring and University of Maryland student. “The number goes down if we are willing to live in Clarksburg. But my brother and I do not drive, and there is no usable public transportation. Right now, I can take a bus to work. I can take a bus to our African grocery stores. I can take a bus to my church, St. Camillus. Harvard and New York University studies have shown that a deciding factor of intergenerational poverty is how close you live to public transit. As AIM leaders, we support this bill because it will help provide the type of housing my family needs—affordable and accessible to transit.”

“This is a promising approach,” said Jane Lyons, Maryland Advocacy Manager for the Coalition for Smarter Growth. “Housing on top of Metro stations is key to meeting housing demand without putting new cars on the road. This strategy will help the county meet its climate, economic development and housing goals.”

A copy of the legislation is available here.

Fu Lin Restaurant in Silver Spring is Closing This Sunday