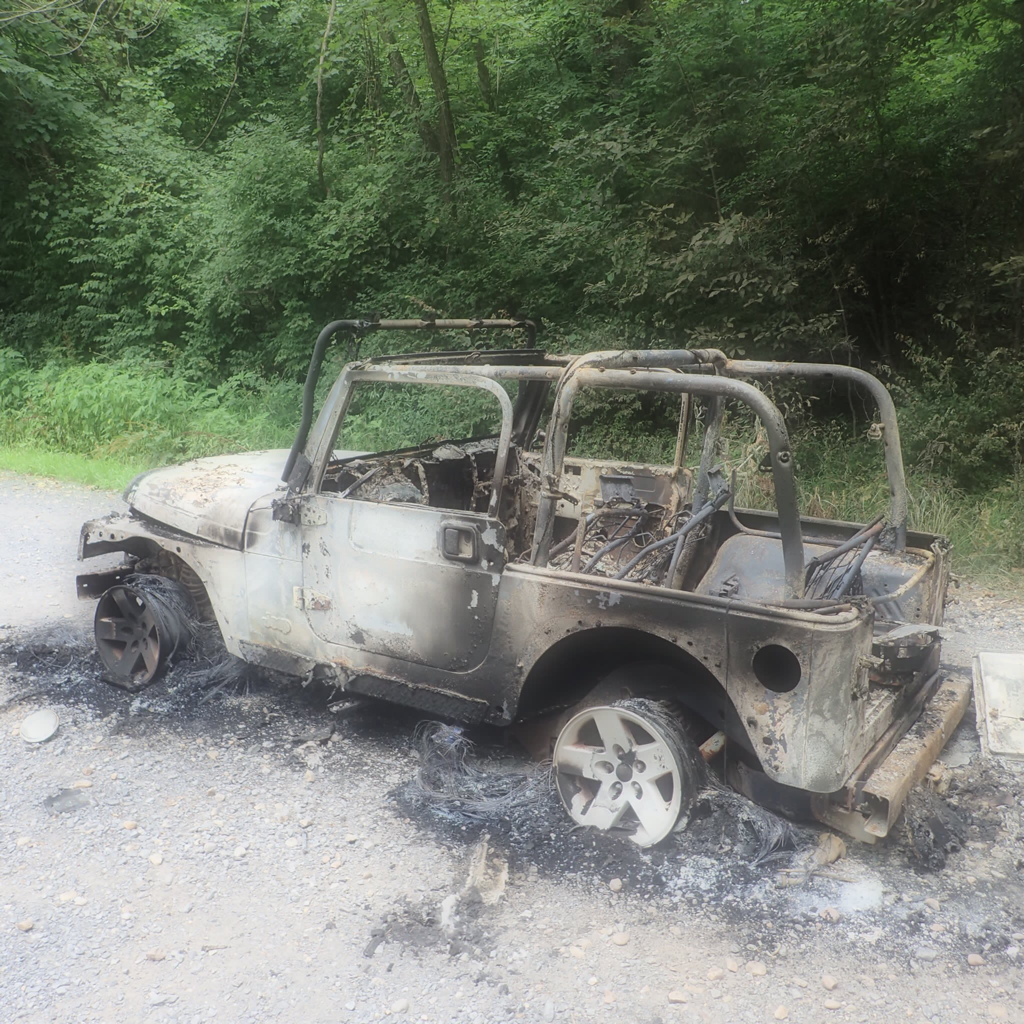 After a MCFRS investigator spoke with a person of interest, it was determined that a group of people were discharging fireworks last night in the Poolesville area. According to MCFRSPIO, Pete Piringer, a mortar detonated in the vehicle resulting in a fire on Hunting Quarter Rd.

The vehicle was found this morning by the Maryland Department of Natural Resources with various fireworks all around.

There were approximately two dozen people present at the time and the fire department was not called. Multiple attempts to extinguish the fire were not successful. There was over $5k in damages, but luckily nobody was hurt. 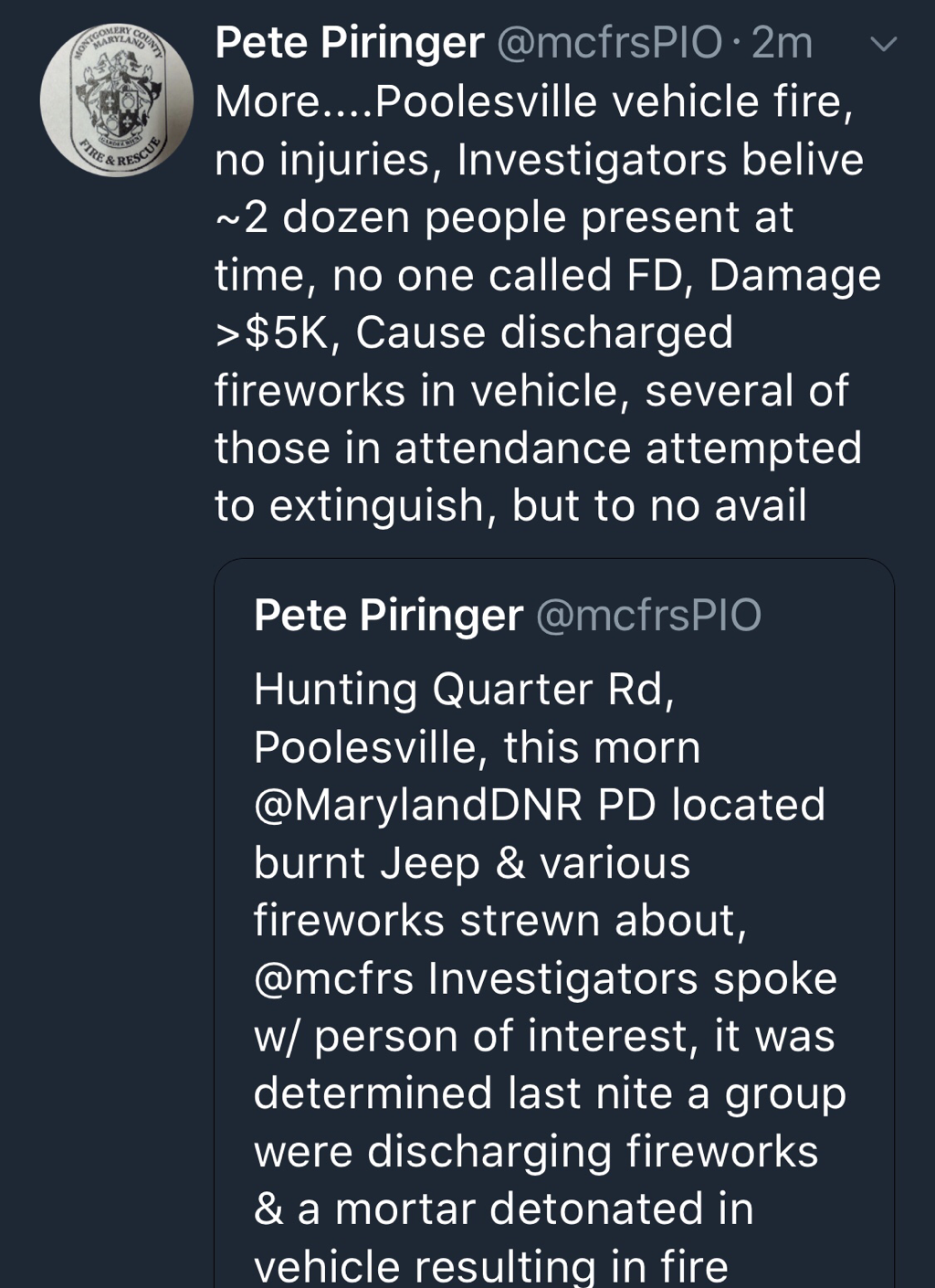 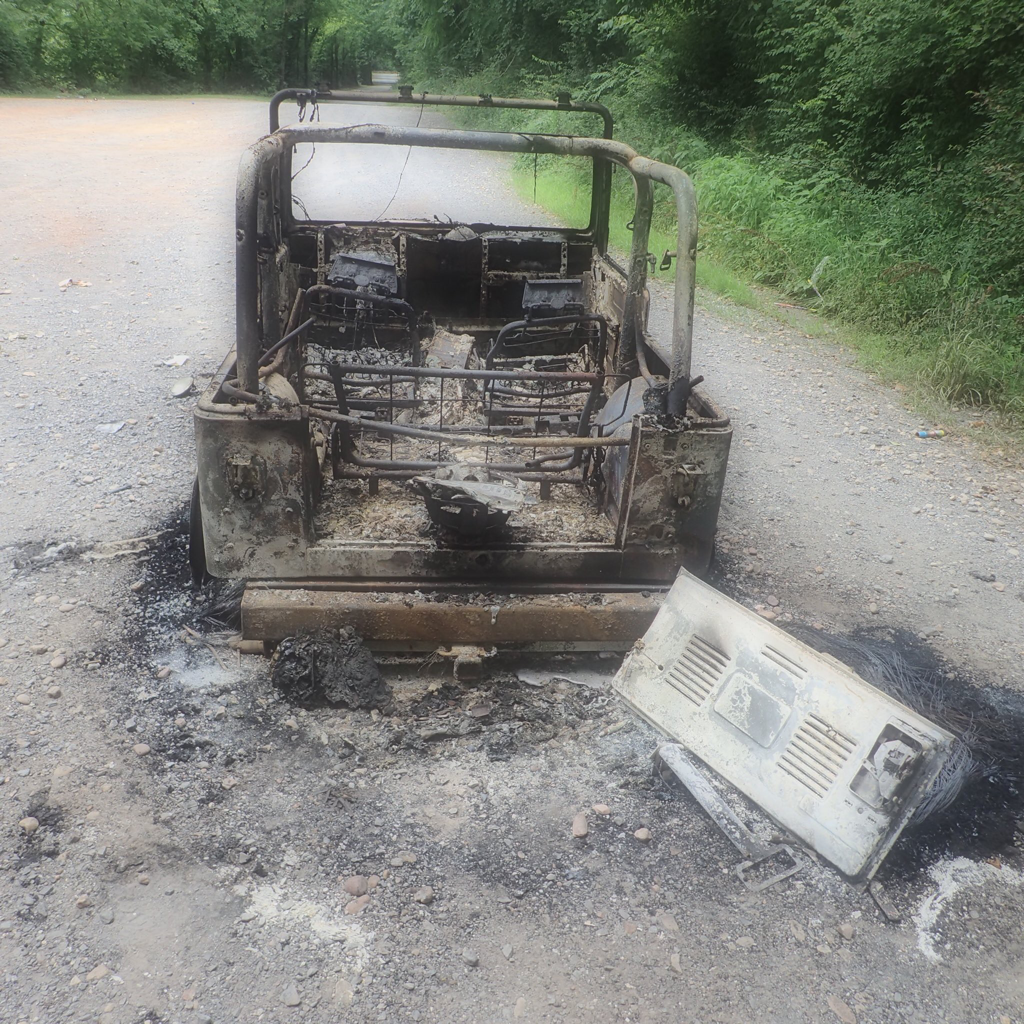