Per the Metropolitan Police Department: Detectives from the Metropolitan Police Department’s Homicide Branch are seeking the public’s assistance in identifying and locating a suspect and vehicle in reference to a homicide that occurred on Thursday, September 22, 2022, in the 3000 block of Adams Street, Northeast. At approximately 12:41 pm, members of the Fifth District responded to the listed location for the report of a shooting.

Upon arrival, the members located an adult male victim suffering from apparent gunshot wounds. DC Fire and Emergency Medical Services responded to the scene and after finding no signs consistent with life, the victim remained on the scene until transported to the Office of the Chief Medical Examiner. The decedent has been identified as 57-year-old Bacilio Villatoro, of Silver Spring, MD.

The suspect vehicle is described as a dark colored Chevrolet sedan, with an unknown temporary tag on the rear of the vehicle. The suspect and vehicle were captured by nearby surveillance cameras and can be seen in the photos below.

The Metropolitan Police Department currently offers a reward of up to $25,000 to anyone that provides information which leads to the arrest and conviction of the person or persons responsible for each homicide committed in the District of Columbia. Anyone with information about this case is asked to call the police at 202-727-9099. Additionally, anonymous information may be submitted to the department’s TEXT TIP LINE by sending a text message to 50411. 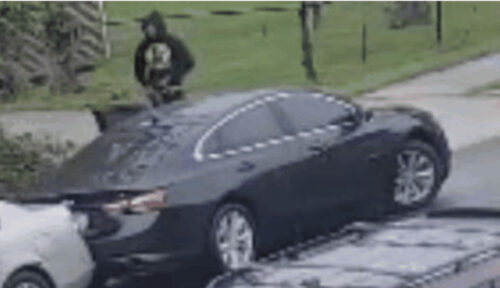 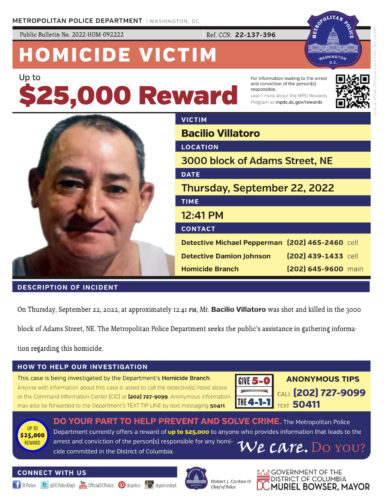 Applications for Abortion Access Grants Program Due By 9 a.m. on Monday, Oct.10.